Top 10 Quarterbacks Currently in the NFL 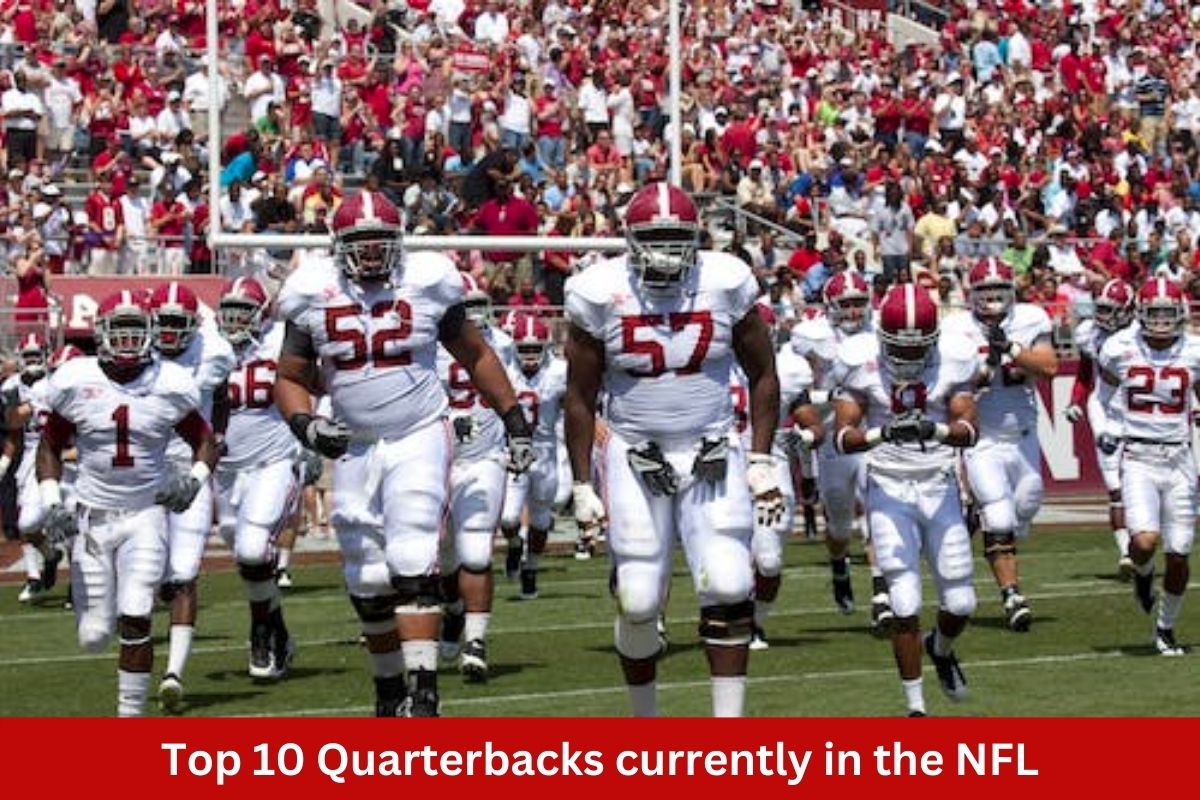 The quarterback has long been the belle of the ball in the NFL and that is not going to change any time soon. Leaders on the field, QBs are the most important players on the field and the NFL currently has a great mix of established stars and young, explosive starlets.

With so much talent in the league it can be hard to pick just 10 from the 32 starters, but we like a challenge so here are our top 10 quarterbacks in the NFL in 2022.

Tua entered the 2022 season knowing this was a potential make or break year for him since being drafted fifth overall in 2020. Although early, he has proven that with the right weapons in front and behind him that he can justify that pick. As of writing he leads the league for QB passer rating at 109.9 and with Tyreek Hill, Cedrick Wilson and Chase Edmonds at his disposal he looks to be in for a big year in Miami.

The University of Georgia alum arrived at the Rams in 2021 in a trade deal with the Detroit Lions that saw Jared Goff go the other way. Stafford was the man that Sean McVay had been looking for at Inglewood, CA, establishing his big arm and execution fast. He finished last season with 4,886 passing yards, 16 passing TDs, 13 INTs, and an 87.0 passer rating. The NFL odds currently have the Rams at +1400 to retain the Vince Lombardi Trophy with Stafford this year.

The 2019 MVP Lamar Jackson has had his fair share of doubters despite his obvious gifts. He missed five games last season, and his pass game was criticized by fans and pundits. However, a rejigged receiving lineup seems to have solved these problems this year and his current passer rating of 105.1 shows a clear improvement in the passing game.

Joe Burrow’s second year in the NFL was more than a glimpse into why the former LSU man was picked first overall in 2020. His incredible arm, accuracy and toughness led the Bengals to the AFC championship and their first Super Bowl appearance since 1989. He finished the season with 4,611 passing yards, 34 passing TDs, 14 INTs and a 108.3 passer rating,

After a devastating injury that ended his 2020 season early, side-lining him for nearly a year, Prescott returned for a monster 2021 year personally. With 4,449 passing yards, 37 passing TDs, 10 INTs and a 104.2 passer rating that season, Dak is now in a complete groove with Kellen Moore’s pass offence and the Franchise QB is Super Bowl worthy even if the rest of the team is not quite there yet.

After two seasons in the league, Justin Herbert has proven he has it all. A big downfield-arm, accuracy, and great athleticism, he finished last season with 5,014 passing yards, 38 passing TDs, 15 INTs and a 97.7 passer rating. With the rest of his supporting cast remaining the same in 2022 he should be in for another great year in LA.

Receivers may come and go in Green Bay but the elite Aaron Rodgers remains the same. The 38-year-old won back-to-back MVPs in 2020 and 2021 for the first time in his career following Matt LeFleur’s pivot to an RPO based offense. Davante Adam’s was a big loss for the Packers but with Rodgers at the helm you can rely on him to get things done regardless.

The fact that the GOAT still finds himself near the top end of these rankings is a true testament to his longevity. At 45 years of age, Brady is chasing one final Super Bowl ring and he still has the quality to do just that. His 5,316 passing yards, 43 passing TDs, 12 INTs and 102.1 passer rating in 2021 proved what we all knew already: Brady still has it and never lost it.

Mahomes enters the 2022 season in his prime year at 27, although will now have to do without star target Tyreek Hill after his move to the Dolphins. After an up-and-down start to 2021 the Chiefs finally found form and Mahomes finished with 4,839 passing yards, 37 passing TDs, 13 INTs and a 98.5 passer rating. His pass-first offense is still elite and we are likely to see Mahomes at the top for a very long time.

There can be little argument that Josh Allen is the best QB in the league right now. His mixture of rangy passing, power and athleticism make him the complete package and is the main reason that the Bills currently find themselves as favourites to win the Super Bowl this year. What is even scarier is that at 26 Allen is still putting it all together and this currently may not even be his final form.