The Gilded Age, an HBO series created by the renowned Julian Fellowes, who also brought us the hit series Downton Abbey, is set to return for its second season. The series, set in 19th-century New York City, follows the story of Marian Brook, a young woman who is forced to move to the city to live with her wealthy aunts and navigate the conflicts between modernity and traditional values in the city’s high society.

Season one of the show delved into the tensions between old and new money in American society, leaving fans eagerly anticipating the next chapter in this historical drama. In preparation for the upcoming season, we have compiled all the information available on the release date, plot, cast, and more. Get ready for more opulence and drama in The Gilded Age season 2.

Current Show Status, The second season of The Gilded Age was officially renewed on February 16, 2022.

'The Gilded Age' Has Been Renewed for Season 2 https://t.co/LSbiwv7C2x 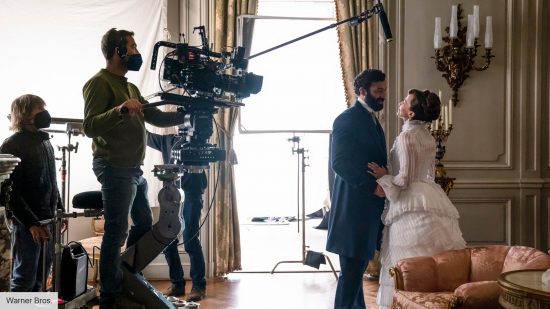 The release date for The Gilded Age season 2 has not been announced yet, but the series has been renewed for a second season by HBO. Filming for the new season has already begun, which suggests that fans may not have to wait long for the show’s return. While an official release date has not been confirmed, the fast production schedule by HBO hints that the show could return in 2023. We will keep you updated with any official announcements.

The Gilded Age season 2 is bringing back 11 of the 12 recurring cast members from the first season. According to Deadline, Christine Baranski, Cynthia Nixon, Louisa Jacobson, and Blake Ritson will all return to the show. Other cast members include Carrie Coon, Morgan Spector, Taissa Farmiga, Harry Richardson, Denée Benton, Simon Jones, and Jack Gilpin. The only regular cast member from season 1 who will not be returning is Thomas Cocquerel, whose character Tom Raikes and Marian ended their relationship in the last episode of the first season.

The plot of The Gilded Age season 2 will continue to explore the conflicts between old and new money in America’s social hierarchy. The specifics of the plot are not yet known, but it will likely pick up from where the first season left off. In the first season, we saw characters such as Marian, Peggy Scott, George, and Bertha Russell navigate through legal and societal challenges.

The Russells have now risen to the top of New York’s high society, but the finale left many cliffhangers to explore in the second season. It is unclear if Marian will pursue a new romance or continue to focus on her social standing, and Peggy’s search for her adopted son will also be a major plot point. The writer Julian Fellowes has also hinted that the plot may not be what fans expect and that it may include some heartbreak and tragedy. We will keep you updated on any further information about the plot.