The first season centers on a couple – Tom and Louise – who struggle to remain in love after 15 years of an unsatisfying marriage.

As a result, when Louise (Rosemund Pike) cheats on Tom (Chris O’Dowd), they seek marriage counseling. Season 2 centers on an elderly couple who have been married for 30 years.

Each episode is set at a tavern, where the characters congregate just before their session begins. The story unfolds within the walls of a typical pub, which serves as a haven for the couple to voice their grievances and reflect on their journey together.

However, the setup is reworked to match the primary couple’s emotions. If you’re curious about the film’s location and whether the plot is based on true events, here’s everything we know!

When will ‘State of the Union’s second season premiere?

The new season started on February 14, 2022, Valentine’s Day. On AMC+ and Sundance Now, fans can binge-watch the entire series in one sitting.

Review of ‘State of the Union’ Season 2

This Valentine’s Day, SundanceTV’s Emmy-winning short-form series “State of the Union,” written and created by Nick Hornby and directed by Stephen Frears, makes its triumphant return.

We followed Chris O’Dowd and Rosamund Pike’s characters, Tom and Louise, in the ten minutes leading up to their marriage therapy session in the first season three years ago (with the season counting as 10 weeks of sessions).

Season 2 continues this theme with a new couple, Scott and Ellen, played by Brendan Gleeson and Patricia Clarkson, respectively.

Scott and Ellen, on the other hand, have 30 years of marriage and baggage to consider as they examine the pros and disadvantages of a future divorce, and their sessions take place above a hipster coffee shop in Connecticut, not across the street from an empty pub in the United Kingdom.

“State of the Union’s” first season received the Creative Arts Emmy for Outstanding Short Form Comedy or Drama Series, with O’Dowd and Pike winning the category’s Actor and Actress honors.

While the second season lacks the previous season’s immediate appeal and humor, gradually building throughout the ten episodes, there is no disputing the strength of Gleeson and Clarkson’s performances.

And that is critical with a show like “State of the Union”: Because ten minutes might seem like an eternity when the performers are not as engaging as this combo. 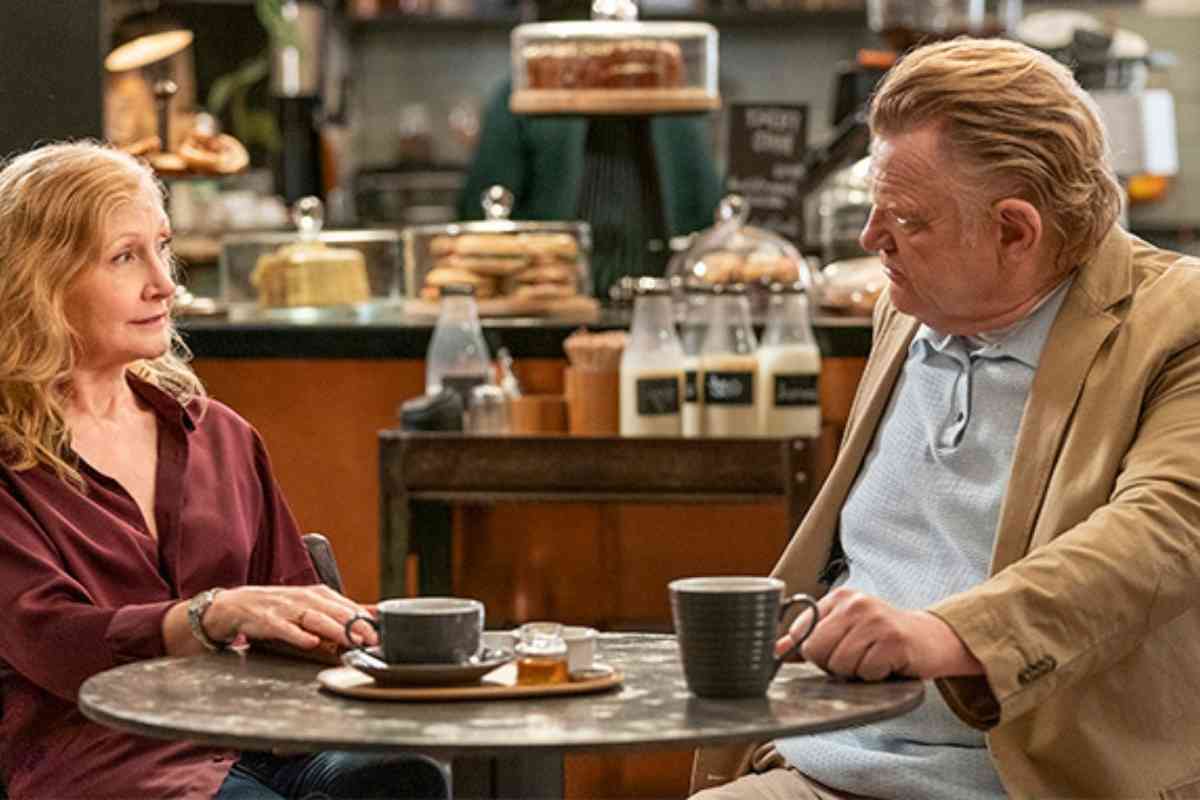 Ellen is defined in the official synopsis as the “liberal campaigning” wife of Gleeson’s “traditional, self-made” husband.

In essence, by 2022, she has acquired the language and tools necessary to discover who she truly is, while he increasingly feels as like the world is passing him by. And in an early episode, Hornby appears to be self-taught in the language of 2022.

There isn’t much new to say about the Baby Boomer generation’s uncertainty about pronouns and (really) pussyhats. Hornby’s writing remains razor-sharp — as he demonstrated in the first season — yet even the most astute may fall into generational traps.

Fortunately, all of this is set up to inform the audience about Scott and Ellen’s types of people, but that is not the case with all of these characters.

And Gleeson’s Scott, a dinosaur and remnant of a bygone era, surprises us numerous times as we learn more about him and begin to doubt our original thoughts that Ellen is the one to root for.

We learn that Ellen’s white feminist leanings do not automatically qualify her as the “good guy” and that Scott’s numerous jokes about her conversion to Quakerism conceal real pain.

While “State of the Union” is unmistakably a two-person program, the show’s secret ingredient is Jay (Esco Jouléy), the owner of the coffee shop where the pair meets each week.

Gleeson’s exchanges with Jouléy occasionally threaten to overshadow his moments with Clarkson — and her reactions to being thrust into the role of the unexpected outsider provide an interesting new aspect to their relationship.

Ellen asks Scott at one point, “Why do you want a wife who wants to bend you out of shape?” Scott’s response is even more succinct: “Because she’s the one I have.”

It’s an encounter that results in the season’s best and most enduring metaphor, one about comfort, as the two attempts to unpack whether that’s reason enough to be together.

While Season 2 of “State of the Union” is not as amusing as Season 1, Gleeson, Clarkson, and Jouléy manage to make Hornby’s discourse arguably even more entertaining.

Frears’ direction, which makes each ten-minute episode feel satisfying and effortless, contributes to the show’s status as a hidden gem on television.

State of the Union Season 2 Trailer

First Wives Club Season 3 BET+ Confirmed Release Date Status And All That You Must Know!