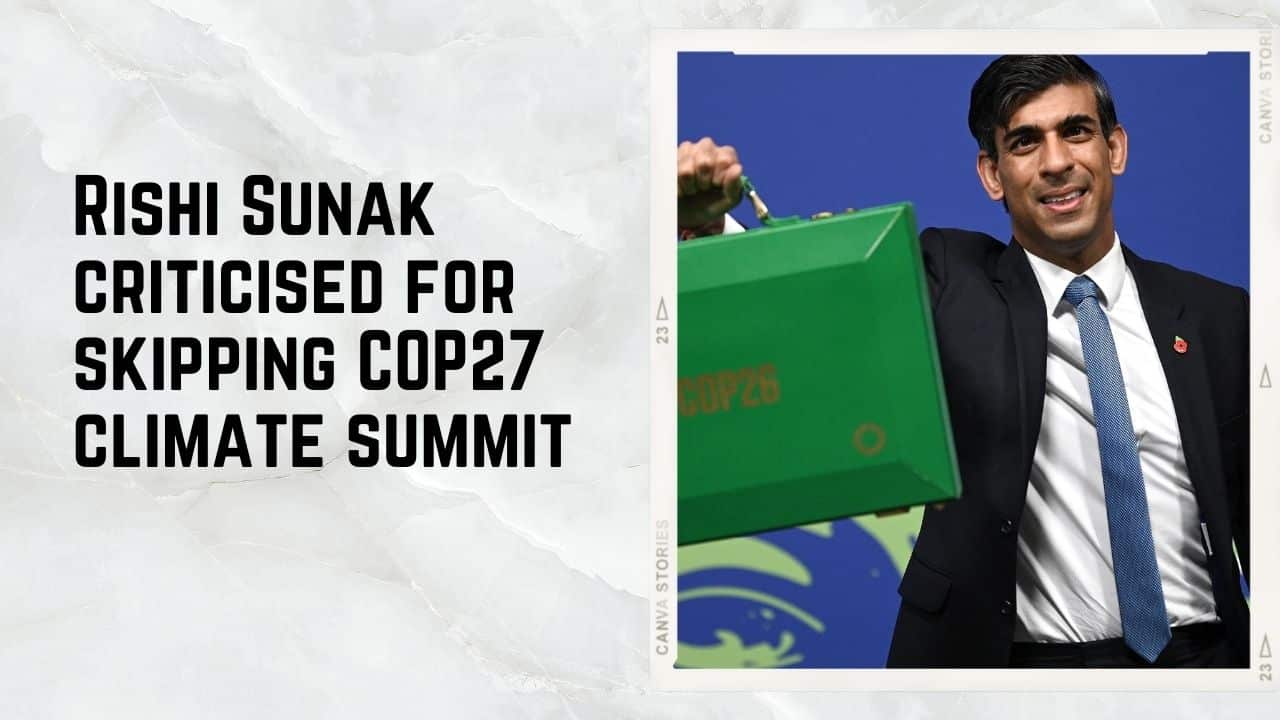 Rishi Sunak, the new British prime minister, will not go to a significant UN climate conference in November, the government announced on Thursday.

According to Sunak’s office, the choice was made in light of “urgent domestic commitments,” such as getting ready for an emergency budget on November 17. According to the statement, his absence does not signify that the Conservative government is less committed to addressing climate change. Senior ministers from other U.K. government departments are anticipated.

Liz Truss, who resigned after a brief seven-week term in which her tax-cutting plans sparked political and economic unrest and roiled the markets UKX, -0.48%, was replaced by Sunak earlier this week.

When the UK hosted the Commitment of Parties, or COP26, last year in Glasgow, Truss had planned to attend the event, and her predecessor, Boris Johnson, served in a leadership capacity there. Since a Paris meeting in 2015 set a guiding, but an optional, goal to keep global warming to 2 degrees Celsius, the meetings have been given more significance.

Starting on November 6, representatives from nearly 200 nations will assemble in Sharm el-Sheikh, Egypt, for the conference, also known as COP27, to discuss ways to combat global warming. 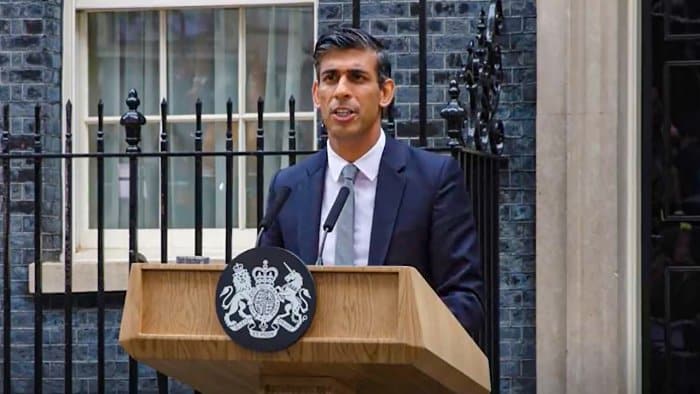 Sunak made “a terrible decision,” according to Ed Miliband, spokesman for the opposition Labour Party.

These summits are significant, he told the BBC. They are putting pressure on the world to take action on the biggest problem.

The decision was made at the same time that the U.N.’s climate agency presented the meeting with three troubling reports that were just released this week. One of them, published on Thursday, issued a warning that the world—in particular, wealthy countries like Britain and the United States—is too slowly weaning itself off fossil fuels.

According to the U.N., a 45% emissions reduction is necessary by 2030 in order to meet the Paris goals.

Alok Sharma, president of COP26, and Graham Stuart, minister of climate change, will no longer be present at Cabinet meetings, according to Sunak’s decision this week. Both continue to hold their roles.

Throughout his time in Parliament and during his brief tenure as leader, Sunak’s record on climate change has been a mixed bag. This week, he reinstated a Truss-reversed ban on oil and gas NG00, -3.00% fracking in the United Kingdom. But he also promised to halt efforts to reinstate onshore wind ICLN, +0.48% during his leadership campaign this summer.

According to Bloomberg, his new Energy Secretary, Grant Shapps, previously referred to onshore wind turbines as an “eyesore.”