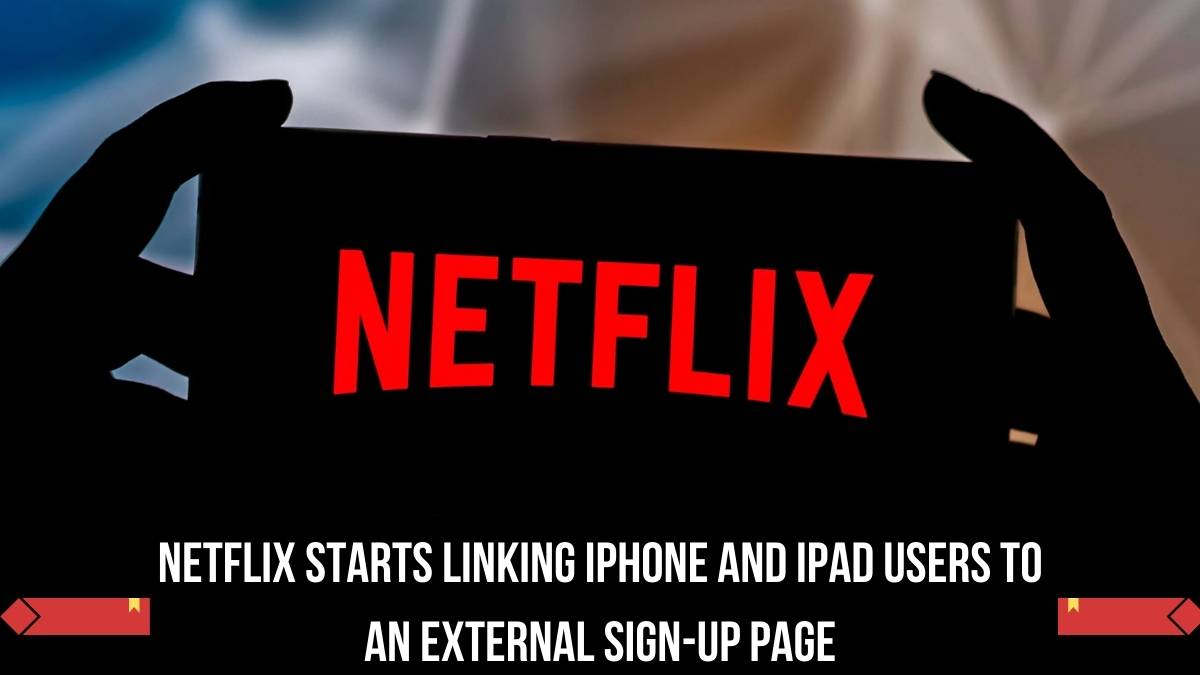 According to 9to5Mac, Netflix has started sending iPhone and iPad users to an external website where they can sign up for the service. Just a few months ago, Apple began allowing “reader” apps like Netflix and Spotify, which give users access to digital content, to link out to account creation pages on their own websites.

As recently as 2018, Netflix’s iPhone and iPad apps didn’t offer an external signup link or even let users know where to sign up. Instead of using a web or mobile browser to access the app, users had to first sign up for the service on the Netflix website. This was done in order to abide by Apple’s policies, which made it challenging for apps to get around their up to 30% commission on in-app purchases and prohibited developers from providing a link to an external sign-up page. For new users who (logically) believed they could register for Netflix using the app, the setup was confusing.

However, it appears that’s about to change. According to 9to5Mac and Richard Lawler of The Verge, users of the Netflix app for iPhone and iPad can now access an external sign-up link from within the app. A message alerting users that they are “about to leave the app” and visit an external website appears when they click the link. Additionally, it states that Apple is not involved in any transactions made on the external page:

The app’s creator, “Netflix,” will handle any transactions or accounts made elsewhere. You won’t be able to access your App Store account, saved payment methods, or connected features like subscription management and refund requests. Apple disclaims all liability for the security or privacy of any transactions you may have with this developer.

Users who choose to ignore the warning are redirected to Netflix’s website’s account sign-up page, where they can enter their payment details and select a subscription plan. Netflix did not immediately respond to The Verge’s request for comment, and it is unclear when it began offering this new option. Users still cannot access Netflix’s signup page from its iPhone or iPad app, according to the company’s support page as of right now. 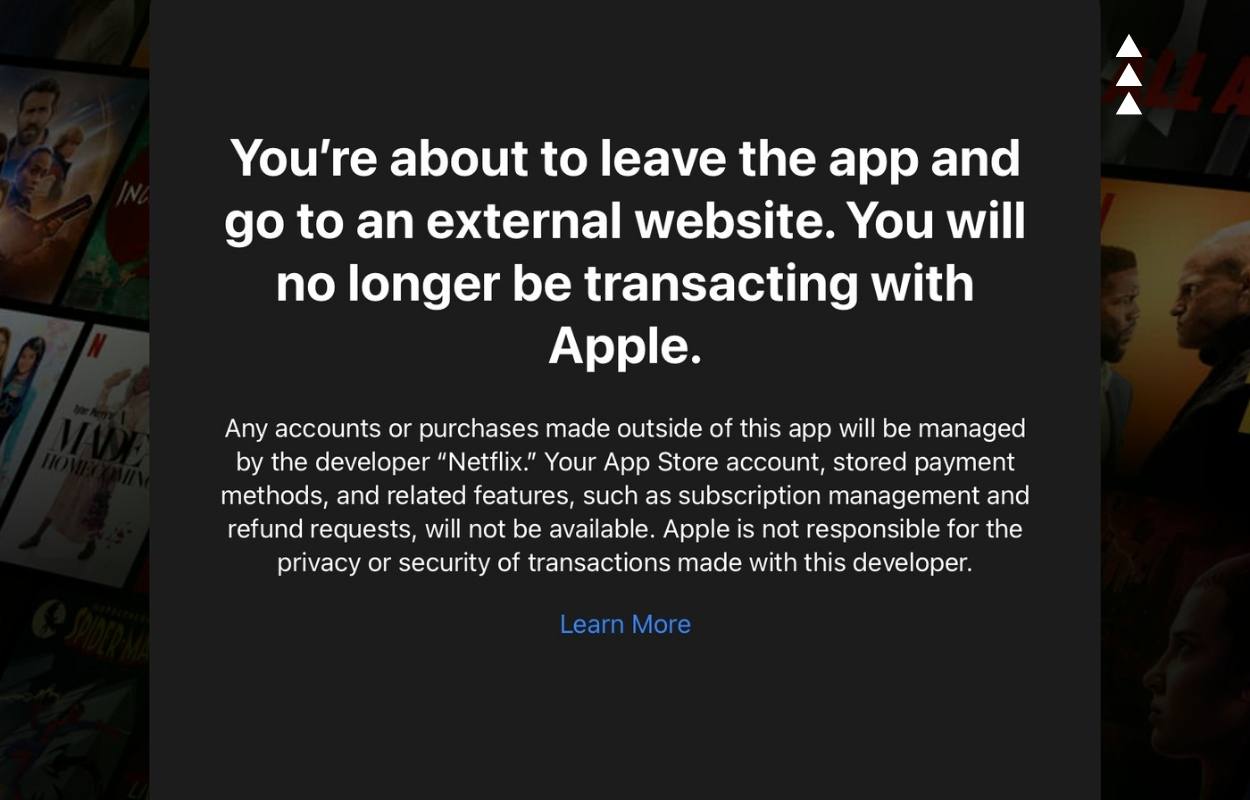 Apple still has a strict set of rules that developers must adhere to, such as not including any pricing information with a link to external sign-up pages, even though it has started to relax some of its policies for reader apps. The “entitlement” that developers must submit in order to obtain approval to include the external link in their app.

Apple has come under fire for its policies requiring the majority of developers to use the App Store billing system, for which Apple charges a commission. Apple began enabling developers to use third-party payment processors in apps released in South Korea as a result of a new law that was enacted there. It also made some adjustments for dating apps released in the Netherlands as a result of a protracted legal dispute with the nation’s regulator.

But if the EU’s Digital Markets Act (DMA) legislation is passed, Apple will have even more adjusting to do because it would be required to permit the use of third-party payment systems, side-loading, and third-party app stores. By giving developers the option to use an alternative billing system for apps distributed in Europe, Google has already begun preparing for the new laws.

Now Google Meet meetings can be livestreamed on YouTube with ease