‘Derry Girls’ is a teen drama set against the backdrop of The Troubles in Derry, Northern Ireland. The series follows Erin Quinn, her family, and her Catholic school classmates.

The sitcom, created by playwright and writer Lisa McGee, explores family, friendship, sexuality, politics, and adolescent difficulties. ‘Derry Girls’ premiered on Channel 4 on January 4, 2018. Netflix then bought up the series, and it premiered on December 21, 2018.

The award-winning sitcom has consistently been lauded for its realistic portrayal of adolescent girls and uniquely Irish attitude.

Fans of the show identify with the girls’ Catholic school experience and their complicated family problems and overarching political turmoils. After two seasons, what’s next? What is the deal with season 3? Everything you need to know is right here!

When will Derry Girls season 3 premiere?

Now, what we can tell you about season 3 is as follows. Channel 4 confirmed on April 10, 2019, that ‘Derry Girls’ would return for a third season. Filming was to begin in May 2020.

However, filming was postponed indefinitely due to unforeseen pandemic-related issues. With more than two years since the show’s sophomore run, many fans were naturally frustrated by the show’s ambiguous position.

However, production began in Fall 2021 with all essential COVID-19 measures in place and is projected to conclude by the end of the year.

That, however, is not all. Additionally, we have some bittersweet news. McGee started in late September 2021, and while season 3 will begin soon, it will also be the show’s final installment.

While that is heartbreaking, we will gladly embark on one final journey with our beloved quintet of Catholic school pals. Considering the cast’s infrequent updates and the time required for filming and postproduction, we can anticipate ‘Derry Girls’ season 3 to release in Q2 2022.

There’s more! According to rumors, a ‘Derry Girls’ spinoff film may be in the works shortly. “I’d love to make a film adaptation of Derry Girls, and then I have a couple of other projects in the works,” McGee stated. We’re crossing our fingers for this one.

Who Could Be in Derry Girls Season 3?

Louisa Harland and Dylan Llewellyn will portray Orla McCool and James Maguire. Siobhán McSweeney, who portrays Sister Michael, the rigorous headmistress, has also been confirmed to appear in season 3.

Additionally, indications indicate that most of the previous season’s supporting cast, including the main protagonists’ families, will return to our television screens.

The show’s creator, Lisa McGee, expressed interest in bringing Irish comic Dara O Briain in for a cameo appearance in the following season. Dara is a stand-up comedian who has applauded ‘Derry Girls’ on social media. Nothing has been confirmed, however.

What Could the Derry Girls Season 3 Plot Be About?

Season 2 concludes on a happy and hopeful note, with Derry well on its way to a peaceful period. James is preparing to return to England with his mother when he realizes how important Derry is.

This builds to one of the most dramatic episodes in the series, when James declares, “I am a Derry girl,” after electing to stay. Derry, too, undergoes a positive transformation as Bill Clinton addresses the populace. Derry is filled with pleasure and celebration as it looks forward to a brighter future.

Derry Girls season 3’s script is confirmed to be complete. At the same time, discussing the upcoming season and its storyline with her. i.e., actor Nicola Coughlan stated, “We are unable to do anything with a crowd at the moment, which makes logistics extremely difficult.” 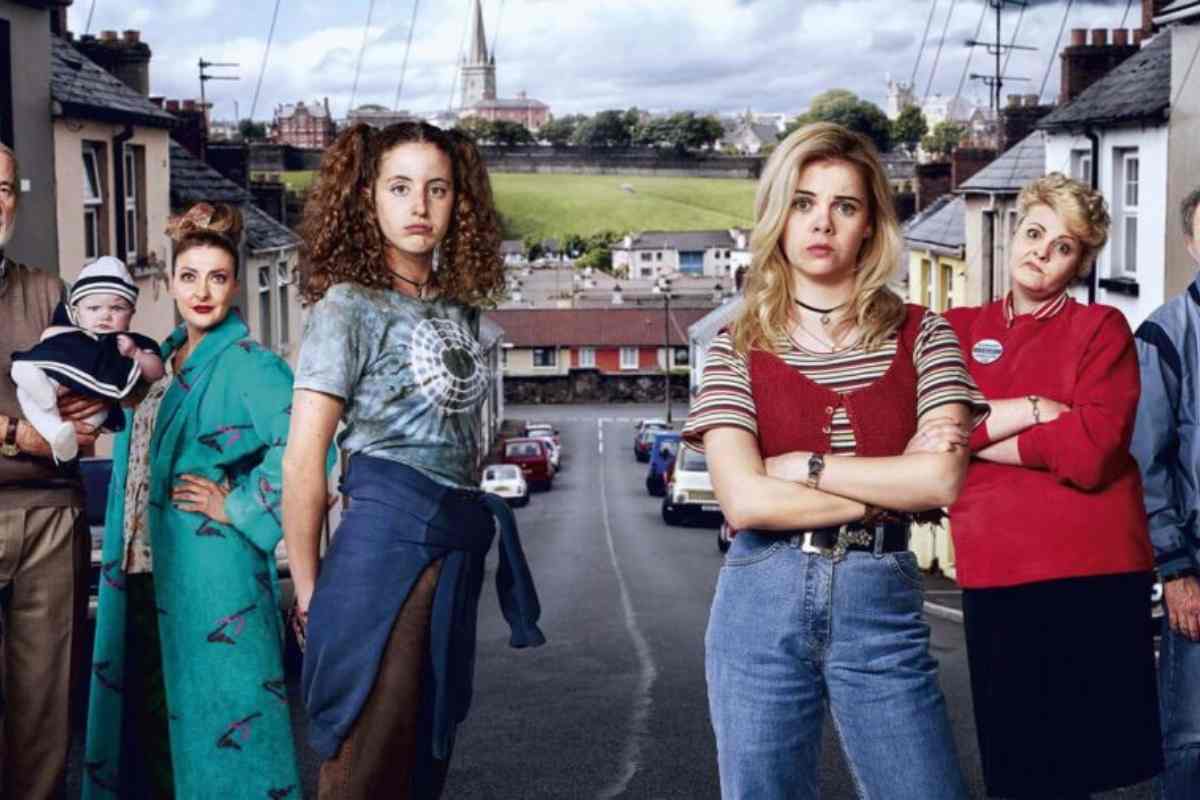 However, I recently spoke with Lisa McGee, who walked me through the narratives. They’re awe-inspiring. Which is unsurprising given her amazing talent – yet it made me want to do it immediately.”

The plot of the third installment of ‘Derry Girls’ has been largely kept secret. However, history records that violence enveloped Derry once more following Clinton’s arrival.

Northern Ireland experienced riots in 1996 and 1997, and the show may use this as a backdrop for the forthcoming season. Given the events remaining to be covered on the show, we are confident that the third season will be just as fascinating as the first two.

Trailer for the third season of Derry Girls

Here is the teaser trailer for Derry Girls Season 3:

Wu-Tang: An American Saga Season 3: Everything We Know So Far!