Netflix’s ‘Gentefied’ is a comedy-drama series about Casimiro “Pop” Morales, a Mexican-American father who lives in East Los Angeles with his three grandchildren – Erik, Ana, and Chris.

The three cousins are torn between their desire to achieve the American dream and their wish to maintain their identity. The family drama, created by Marvin Lemus and Linda Yvette Chávez, initially premiered on February 21, 2020.

With darker themes and multiple severe circumstances in season 2, fans are desperate to see more of their favorite characters. Thus, will there be a third season? Everything you need to know is right here!

Season 3 of Gentefied Has Been Cancelled

Gentefied Season 3 will not be premiered. This is not a statement made by us but by Netflix. If you were a fan of the series or even enjoyed it at one point, you may be disappointed, if not hurt.

The revelation was initially reported by Deadline, and it came as no surprise to many who had already been disappointed by Gentefied Season 3 and were anticipating the news.

However, it is not the first Latino show to fail on Netflix. A similar issue resulted in the cancellation of One Day at a Time.

Netflix subscribers will be aware that this is the first significant public cancellation of the year since the streaming giant is not fond of publicly publicizing cancellations. For a good reason – it will immediately turn off many.

What Could Have Been The Season 3 Plot Of ‘Gentefied’?

‘Gentefied’ season 2 concludes with a satisfying conclusion. The majority of the season focused on Casimiro’s court case, with subplots focusing on the lives of these three children.

After season 2, Casimiro won the case and obtained approval for his green card. In the final scene, he pays tribute to his father in Mexico. After years of adversity as an immigrant, he is now a legal citizen.

Other characters received an excellent resolution as well. Erik proposes to Lidia, Chris decides to pursue a career in Mexico, and Ana and Yessika leave the door open for a future relationship.

If the series returns for a third season, we can anticipate the story following these people’s lives. Season 3 would have provided new challenges for the Morales clan to contend with, as the previous season handled the family’s primary predicaments. 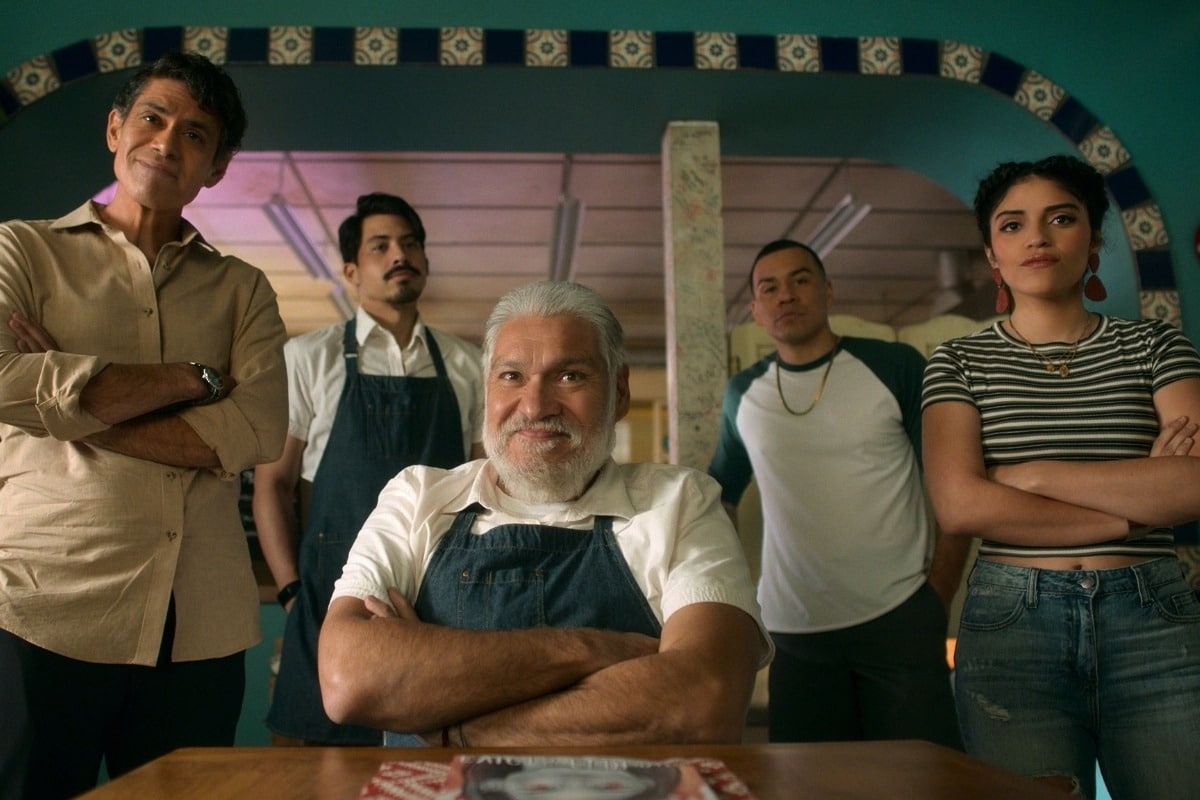 In Season 2, the cousins fight tooth and nail to avert Pop’s deportation. While their legal battle with Immigration and Customs Enforcement (ICE) continues, the Morales face internal difficulties.

Chris develops feelings for Sarai while Erik and Lidia struggle with their relationships. Additionally, the family faces the possibility of losing Mama Fina’s taco store.

We see the Morales enjoying an early Christmas on the beach more upbeat. Pop’s visa is approved in the season finale, allowing him to apply for a green card.

Season 3 may focus on how the Morales adjust to their new lives now that the prospect of Pop’s deportation is passed. We may be able to witness Erik and Lidia’s wedding and Chris’ professional advancement in Mexico City.

Ana’s exploits in her new home may potentially be discussed if the show returns. Boyle Heights’ gentrification may continue to be a major story point. We truly want to see more of the show’s great cast!

The cast of Gentefied season 3

Gentefied’s entire primary cast is likely to return for season 3. Joaqun Coso, J.J. Soria, Karrie Martin, and Carlos Santos are all set to reprise their roles as the Morales family.

Apart from the four major cast members, we may anticipate the return of the following cast members for season 3:

When Can We See the Official Trailer for ‘Gentefied’ Season 3?

After season 2, ‘Gentefied’ will conclude, and there will be no other trailers for season 3. In the meantime, here is the season 2 trailer for your viewing pleasure. You can still watch the entire first and second seasons of ‘Gentefied’ on Netflix.

Unforgotten Series 5 Officially Renewed for 2022 – Everything You Need To Know!