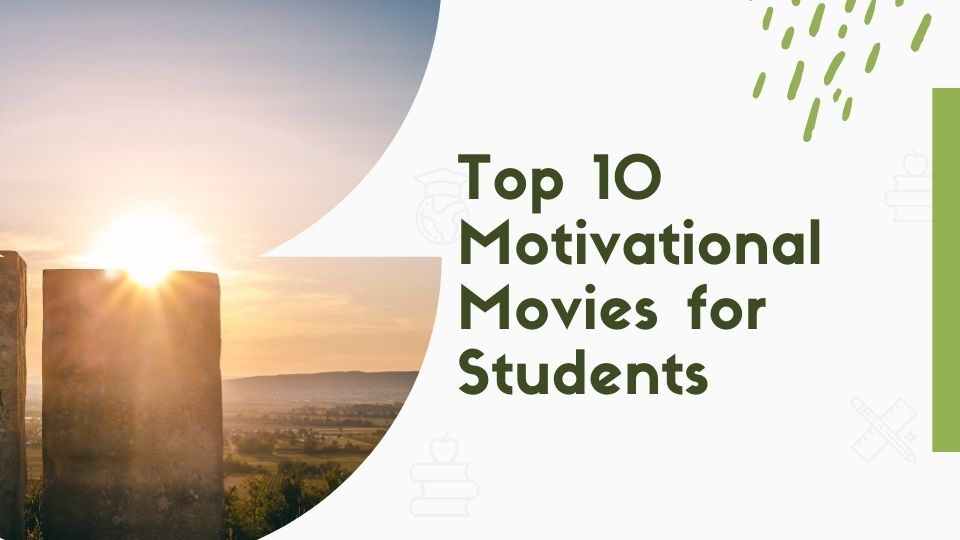 Working on anything complex can create a sense of self-doubt, forcing you to criticize your ideas and strategies. Daunting activities like assignments or difficult courses can affect your passion for education and other activities. According to Rebecca McKnight of Harvard Business Review, a published writer of careers and workplace subjects, you can overcome this by taking a break or looking at it from a different perspective. The secret to overcoming burnout is focusing on an inspirational piece of art to rejuvenate your mood. Motivational films engage your sixth sense and provoke alternative views, leaving you with a smile, a tear, or a critical perspective. Here is a list of movies that will motivate and educate you with real-life replica stories that feed your thought process. Most are on Netflix, Amazon, and other freely accessible platforms. 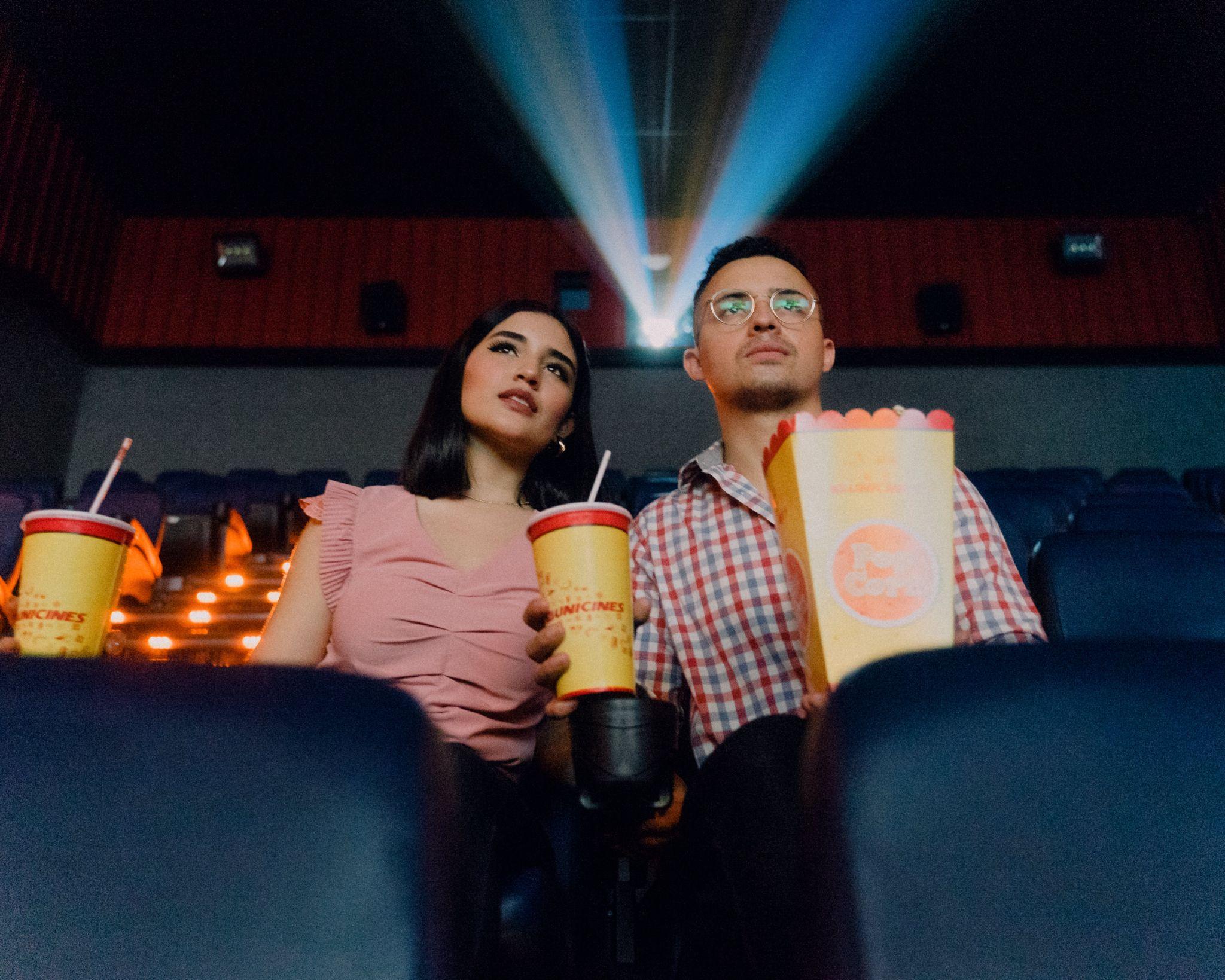 Photo by Felipe Bustillo on Unsplash

Have you ever experienced a period of indecision? Everyone experiences an episode of confusion and misjudgment at one point in their lives. We all can relate to the challenges in adolescence or early adulthood when the quest for association and belonging becomes overwhelming. During this period, you may have made regrettable decisions or engaged in activities that could ruin your future.

Good Will Hunting is a film about indecision and the challenge of choosing a life path. Will Hunting is a young adult in his late teens working as a janitor at MIT. His teenage life was difficult as his quest for belonging tainted his bright star with criminal records and substance use. In early adulthood, he faces the same challenge of choosing the right path, failing to recognize his potential, or forge a career. Despite his academic ingenuity, especially in advanced mathematics, he has no specific life plans. Luckily, a math teacher recognizes his talent and sends Hunting to a psychiatrist to learn how to control his emotions and make decisions. The film shows that it is never too late to change. Giving up in life is never an option. With the right people around you and the will to move forward, everyone can achieve their full potential.

This motivational film is about the life of Stephen Hawking, a scientific genius who defied all odds to imprint his name in history books as one of the most brilliant minds ever to walk the earth. Despite being diagnosed with a debilitating illness, Hawking did not give up his quest for knowledge and will to forge a path of ingenuity. The film illustrates the power of self-belief and social support in overcoming any obstacle. Stephen Hawking was diagnosed with Amyotrophic Lateral Sclerosis (ALS), a disease that causes motor neuron degeneration, leading to muscle atrophy and loss of voluntary muscle control. As the disease progressed, he lost his motion and eventually his speech. Instead of giving up, Hawking delved deeper into the world of science, becoming the greatest physicist. He is credited with the discovery of black holes and has significant contributions to other theories in the fields of physics and mathematics. The film accurately portrays the physicist’s life, struggles, and achievements. It is an award-winning piece designed to motivate those searching for that additional push to continue with daunting tasks of the academic and professional worlds.

Life is about adapting to new challenges. Technological advancements and new inventions can render one obsolete in days without warning. For instance, new unmanned aircraft could render pilots unemployed. A once lucrative career can simply become irrelevant as the world progresses. In this film, Billy and Nick find themselves unemployed as the digital age pushes the corporate sector away from physical salespeople. The movie is about people’s ability to cope with new developments and the will to reinvent themselves and overcome their hindrances. Billy and Nick lost their jobs but did not give up. They joined an internship program at Google to prove their worth despite their age and previous successes. This film illustrates the need to look beyond one’s limitations and restrategize in times of crisis. A good student must learn when to seek help and alternatives.

Sometimes the brightest path can be your worst nightmare. In this film, John Nash, a brilliant mathematician, strives to find an original idea in a world where people believe in the status quo. He takes a job with the department of defense as a cryptographer or code breaker. However, the struggling journey through self-discovery does not deter him from realizing his potential and even winning a Nobel prize. The brilliant mathematician experiences the best and worst of life in a harrowing journey in public employ. In a quest for an original idea, Nash struggles to overcome the complexities resulting from a mental illness as he is diagnosed with schizophrenia. He experiences delusions and paranoia but endeavors to achieve his life’s dream. This film illustrates the complexities of decision-making.

This film is about a 16-year-old black girl struggling with poverty, parental neglect, and abuse. “Precious” Jones’s harrowing story of physical, sexual, and verbal abuse depicts the complexities of a poor girl’s life in a world of the unwanted. Precious escapes the daunting experiences to an imaginary world where she is loved and appreciated. At her tender age, she has become an object of manipulation and exploitation, making her defensive and antisocial. Precious engages in fights and eats a lot. She is HIV positive and has undergone two pregnancies resulting from rape at the hands of her father. Despite these challenges, she still finds a few moments of joy at her new school and her quest for a high-school diploma. Her tutor becomes an instrumental figure in Precious’s recovery.

The peanut butter falcon is a comedy-drama about a teenage boy with Down syndrome. Zak runs away from his residential nursing home to become a professional wrestler. He befriends an outlaw, a fisherman, who becomes his life coach. It is about a story of two unlikely friends on the run from a social worker in search of their improbable dreams. Despite his challenges, Zak eventually becomes a wrestler and manages the impossible, lifting an opponent and throwing them out of the ring. The young man overcomes his limitations to achieve his dream with the help of two caring friends.

Moneyball is a sports drama about reinvention and following one’s own path. Based on a true story about the Oakland Athletics baseball team and their award-winning 2002 season, the film illustrates the true meaning of pushing beyond limits. The coach strives to reassemble a new team amid strained budgets and undervalued talent. He changes tactics moving from traditional methods on and off the playing ground. It demonstrates the benefits of reinvention and strategy. The film teaches students to always look outside the box.

My biggest struggle during my freshman year was finishing an urgent assignment or term paper. At some point, I would get stuck, ideas stopped flowing, I ended up procrastinating and wasting more of the limited time. Yet, I could find assistance online. For instance, Domypapers.com offers professional essay writing services to students globally. I get to pay expert writers to write my research paper while I relax and watch motivational movies to nurture great ideas. With Domypapers, I get a cheap paper completed by graduate writers.

Everest is about real-life challenges and unsuccessful plans. Sometimes even the most ingenious plans can fail during execution. Despite having the experience and expertise needed to create a reliable and effective strategy, achieving one’s goals is not always easy. Everest depicts the lives of expedition teams in a recovery mission after the 1996 disaster. The groups face unforeseen challenges as they climb Everest and later during their descent. The life-threatening experiences did not deter them from their quest. The film illustrates how things do not always go as planned. One may need to improvise, search for new clues, or rely on others to survive. Despite these challenges and mishaps, the objective is to always focus on the final goal. It also illustrates that in life, not all endings are rosy. Happy endings are only for movies and fairy tales. In real life, one must prepare to win or lose.

A seasoned musician, Maine, discovers talent in a struggling artist, Ally, and strives to nurture her into stardom. He falls in love with her as Ally’s career begins to flourish. The success is soon marred with relationship issues as Maine struggles to overcome his addiction to drugs and alcohol. Ally’s success also outperforms Maine’s as she won a best new artist category award. Although the two reconcile and Maine goes to rehab, their story ends badly with Maine’s suicide. The film illustrates real-life struggles and shows that reality does not always end with happy-ever-afters. It teaches one to weigh their expectations and understand the limits of their abilities.

Life is about reinventing yourself and learning when to overcome your sorrows. It involves making the best out of your situation. Despite being imprisoned for two life sentences over the murder of his wife and her lover, Andy Dufresne becomes an important piece of the prison money laundering business. He befriends Ellis Redding Shawshank State Penitentiary and positions himself as a significant figure in Samuel Norton’s operations. During his journey, Andy experiences serious obstacles, including near-death sexual assaults. However, he takes a chance by offering to help the guards in a money-laundering scheme, which turns out to be his path out of suffering. Although the line between right and wrong appears blurry in the film, students learn to take advantage of their situation.

Life can be challenging. At times, students also experience burnout and struggle with simple activities. In such cases, you may need to take a break and nourish your mind with new knowledge and experiences. Art in any form is always refreshing, especially with new ideas that can help you overcome your limitations. Motivational movies give you a different perspective. I hope you try these films and develop new strategies to reinvent yourself.

Steve Gray is a motivational speaker, author, and poet. He writes about the experiences and struggles of international college students, especially non-native English speakers in foreign countries. Gray specializes in Limerick poetry, with a knack for humor and lyrical quality.

Who Is Demi Lovato Dating Now In 2022? Dating Rumors Explored