Three Pines Season 2: Is It Officially Renewed By Amazon Or Not?

Three Pines, which is based on the popular novel series by Louise Penny, recently finished its first season on Amazon Prime to favorable reviews. (Alfred Molina’s portrayal of Armand Gamache, in particular, received tremendous appreciation.)

The main character of the show is an investigator in the Canadian town of Three Pines, Quebec. Each murder mystery is told over the course of two episodes in the first season’s eight episodes.

The concluding episode of Prime Video’s Three Pines provided some resolution to the main mystery of the season while also laying the groundwork for a potential season 2. Inspector Armand Gamache ultimately discovered the truth about what really happened to Blue Two Rivers and her boyfriend Tommy Kis in “The Hangman, Part 2.” But the detective’s discovery of the truth was hardly a happy occasion. When he discovered that the person guilty of Blue and Tommy’s disappearance was far closer to him than he had anticipated, he was left feeling frightened.

The first season of the crime series, which consists of four independent whodunit cases, debuted on December 2, 2022, and ended on December 23, 2022. When can we anticipate a Season 2, given that audiences are already hankering for more mystery? Let’s solve this mystery.

Three Pines Season 2 Renewed Or Not?

As of yet, it has not been confirmed by Amazon if a second season of Three Pines will be renewed.

At this time, no release date for a second season of Three Pines has been announced, as its renewal has not yet been confirmed. It is possible that if a second season is greenlit, it will premiere in late 2023 or later.

Three Pines Season 2 Expected Cast: Who Will Return In the Future!

As Per parade.com If renewed, the cast for the second season of Three Pines will include the following: Alfred Molina portrays the lead role of Chief Inspector Armand Gamache in the show. The series is based on a book series that center around the character of Gamache, so it is very probable that any future seasons of the show will include the character, played by Alfred Molina.

Rossif Sutherland will reprise his role as Jean-Guy Beauvoir 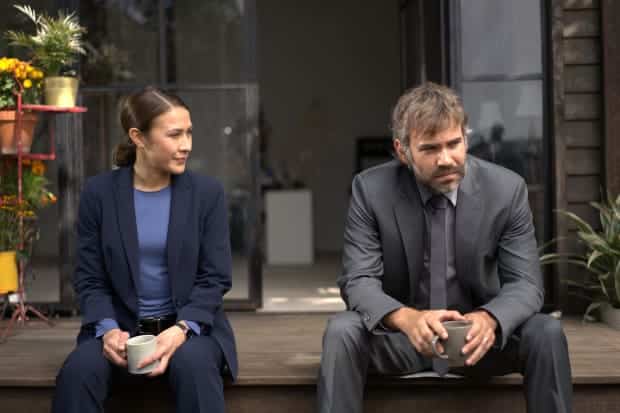 Rossif Sutherland plays the character of Jean-Guy Beauvoir, who is a member of Chief Inspector Armand Gamache’s team. Beauvoir plays a crucial role in multiple books in the series, and it is expected that he will continue to be featured in future seasons of the show.

Elle-Maija Tailfeathers will reprise her role as Isabelle Lacoste Elle-Maija Tailfeathers portrays the character of Isabelle Lacoste, another important member of Chief Inspector Armand Gamache’s team. Lacoste is an Indigenous woman and frequently provides a distinct and valuable perspective to the cases. As a central member of the cast, it is likely that she will return in a possible second season of the show.

Three Pines’ debut season ended with a cliffhanger, potentially paving the way for a second season. Gamache is shot; will he live? How will the incident impact his future work as a detective, assuming he fully recovers? Will Isabelle be successful in stepping in for Jean-Guy? And how will Jean-Guy handle the knowledge that he unintentionally contributed to the deaths of two alleged murderers? All of these are queries we hope Season 2 of Three Pines will address. We’re also interested in finding out more about the main characters in the show and watching their relationships develop.

The good news is that Penny’s Inspector Gamache series comprises more than a dozen books. There are, therefore plenty of sources to draw from. But if the streamer decides to continue the show, fans will have to wait to find out what Gamache and his team of investigators will be up to next.

“Other than a few melodramatic dialogue hiccups, this is a collection of intelligent two-hour mysteries that fans of Agatha Christie or even Columbo should watch,” according to Brian Tallerico of RogerEbert.com.

While the first season of Three Pines is Streaming on Amazon, Amazon has not yet formally approved a second season of the detective drama. However, the lead actor, Alfred Molina, has hinted that plans are in place for a second season. In an interview with Broadcast in early 2022, Molina stated that character development would be a focus in future episodes. He expressed his enjoyment in playing the lead character, Gamache, due to his contradictions and complexity. Despite the show’s first season is ongoing, the lead actor’s statement gives an indication of the possibility of a second season of Three Pines.

What Is The Episode Count For The Three Pines Season 2?

At this time, it is uncertain how many episodes will be in the second season of Three Pines as Amazon has not officially announced its renewal yet. The first season of the show consisted of eight episodes, so it is possible that a second season may also have a similar episode count, but this is speculative. An official episode count for a second season will be announced by Amazon if and when the renewal is confirmed.