Kylie Jenner Before Surgery: Her Amazing Transformation Stuns Everyone!

Kylie Jenner Before Surgery: Kylie Jenner has evolved from adolescent to teen to 20-something mother in the public eye. Since Keeping Up With The Kardashians premiered in 2007, her appearance has changed dramatically. Kylie’s present look is very different from her 10-year-old appearance when she first became a reality TV star, so has she had plastic surgery?

The star’s photos show a lot of change, but how much was cosmetic? Kylie’s ever-changing look makes it hard to tell facts from myths about her lip filler and Brazillian Butt Lift (BBL) procedures. Plenty of KUWTK fans assume that voluptuous form is attributable to butt implants and a boob procedure, but Kylie has always insisted that figure is all-natural.

Mostly. After years of denying she’d had lip filler, the celebrity eventually came clean about that particular cosmetic touch-up.

Does She Conceal Other Fillers Or Surgeries?

Here’s everything we know about Kylie Jenner’s plastic surgery treatments. 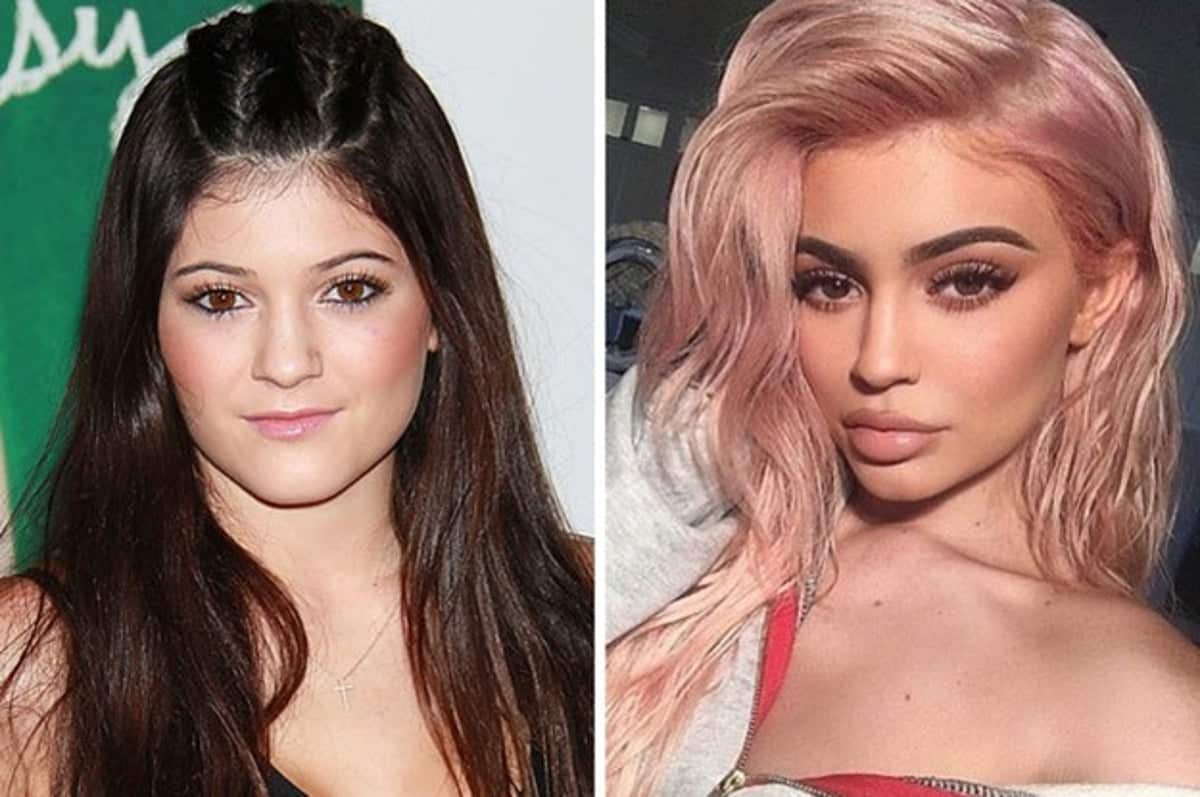 Kylie admitted to lip fillers after years of denying it. During a 2015 episode of Keeping Up With the Kardashians, Kylie admits, “I had temporary lip fillers, it’s just an insecurity of mine and it’s what I wanted to do.” On a 2017 edition of Life With Kylie, she discussed her lip fillers.

I hated my lips at 15. I have incredibly little lips. “One of my first kisses, a guy stated, ‘I didn’t think you would be a good kisser since you had such little lips’,” she added. “I took that pretty hard. It hurts when a guy you like says that. I felt ugly. “I would overline my lips with the lip liner to make them look bigger, but then I was like, this lip liner isn’t working it, and ended up getting my lips done.”

Kylie’s post-Stormi Instagram snap stunned everyone One follower stated, “she looks like the old Kylie here IDK why,” to which Kylie replied, “I got rid of all my filler”. By October 2018, her pout was back. However, she revealed her fillers this time.

She complimented Pawnta Cosmetic Dermatology of Beverly Hills “for coming through late last night with a lip touch up!” in an Instagram story and posted a photo in a white robe with larger lips. She’s maintained her lips pouty since, suggesting she won’t dissolve them again.

Has She had Any Other Cosmetic Procedures Done To Her Face?

No, says the beauty mogul. “People think I fully went under the knife and entirely reconstructed my face, which is completely wrong,” Jenner told Paper Magazine in 2019. “Frightened!” Never. They don’t realize what good hair, makeup, and fillers can do.” 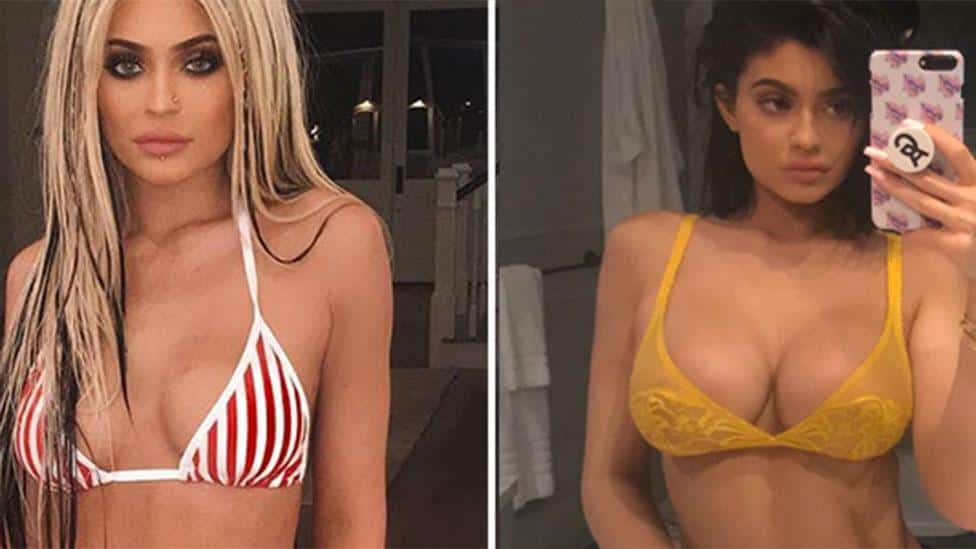 In 2015, Kylie Jenner posted an Instagram image displaying a nifty trick she’d revealed on her (since shut down) app to make your boobs look bigger. It was likely in response to rumors that she had breast implants. I’ve had no breast augmentation. “I use Victoria’s Secret’s Bombshell—life-changing,” it’s she said.

“All my sisters and friends are on it, and if you want bigger breasts, that’s what I do.” We suspect she had a breast job after posting this. Her Victoria’s Secret bra isn’t in these photographs. 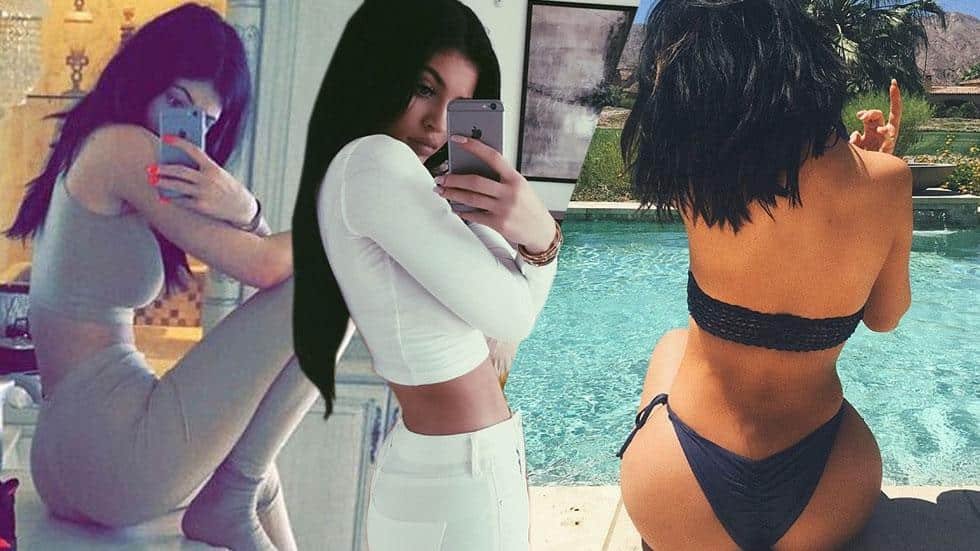 Kylie’s physique is the classic hourglass shape, but that tiny waist is substantially smaller than her breasts and butt, which is why everyone suspects she’s had some kind of cosmetic surgery to increase her derriere. BBLs, implants, and other behind-enhancing operations are popular among celebrities, but Kylie has denied ever receiving one. Her body is very similar to her big sister Kim Kardashian’s, so you could blame genes.

But she and Kim are only half-sisters, and Kylie’s full-sister Kendall has a completely different body shape indeed. So where do Kylie’s unbelievable curves come from? Photo evidence suggests she had butt implants. Kylie posted a nice Instagram photo of her and Stormi, but a scar on her buttocks led everyone to believe she has butt implants.

Tattoo, not scar. Kylie has the words ‘before sa-nə-tē’ tattooed on her upper right butt cheek. Some fans speculated that Kylie’s derriere stayed round and perky throughout her pregnancies because of this tattoo. Even though this isn’t a surgery scar, people still find it hard to believe the young star hasn’t undergone butt implants.

By adding this website to your bookmarks, you can check for updates whenever you like. In order to read the entire article, click the link provided. See www.thetecheducation.com for up-to-the-minute information.