After Kendall Jenner and Devin Booker got back together for a short time they broke up again. Find out why?

Kendall Jenner and Devin Booker broke up after a second chance at love. A source told E! News that the supermodel, who is 27, and the NBA player, who is 26, broke up last month because “they were both so busy.”

Kendall and Devin’s relationship has been on and off for the last year, which is not a secret. In fact, the two broke up for a short time in June after having some trouble. But by the next month, the stars had come back.

A different source told E! News in July, “They worked out their problems and decided they want to move on and be together.” “They moved on, and things are going great.”

The Kardashians star and the shooting guard for the Phoenix Suns started dating in 2020. Later in the summer, they went to Gozzer Ranch Golf & Lake Club in Idaho, where a third source told E! News, “Kendall loves going there with Devin and being out on the water.”

And toward the end of October, Kendall used social media to wish Devin a happy birthday. The founder of 818 Tequila wrote “birthday boy” next to a picture of the two of them and a heart emoji.

So, even though they broke up, it looks like these two are still getting along.

After they broke up they are both busy. Devin’s basketball season is in full swing, and Kendall’s modeling job takes her all over the world. 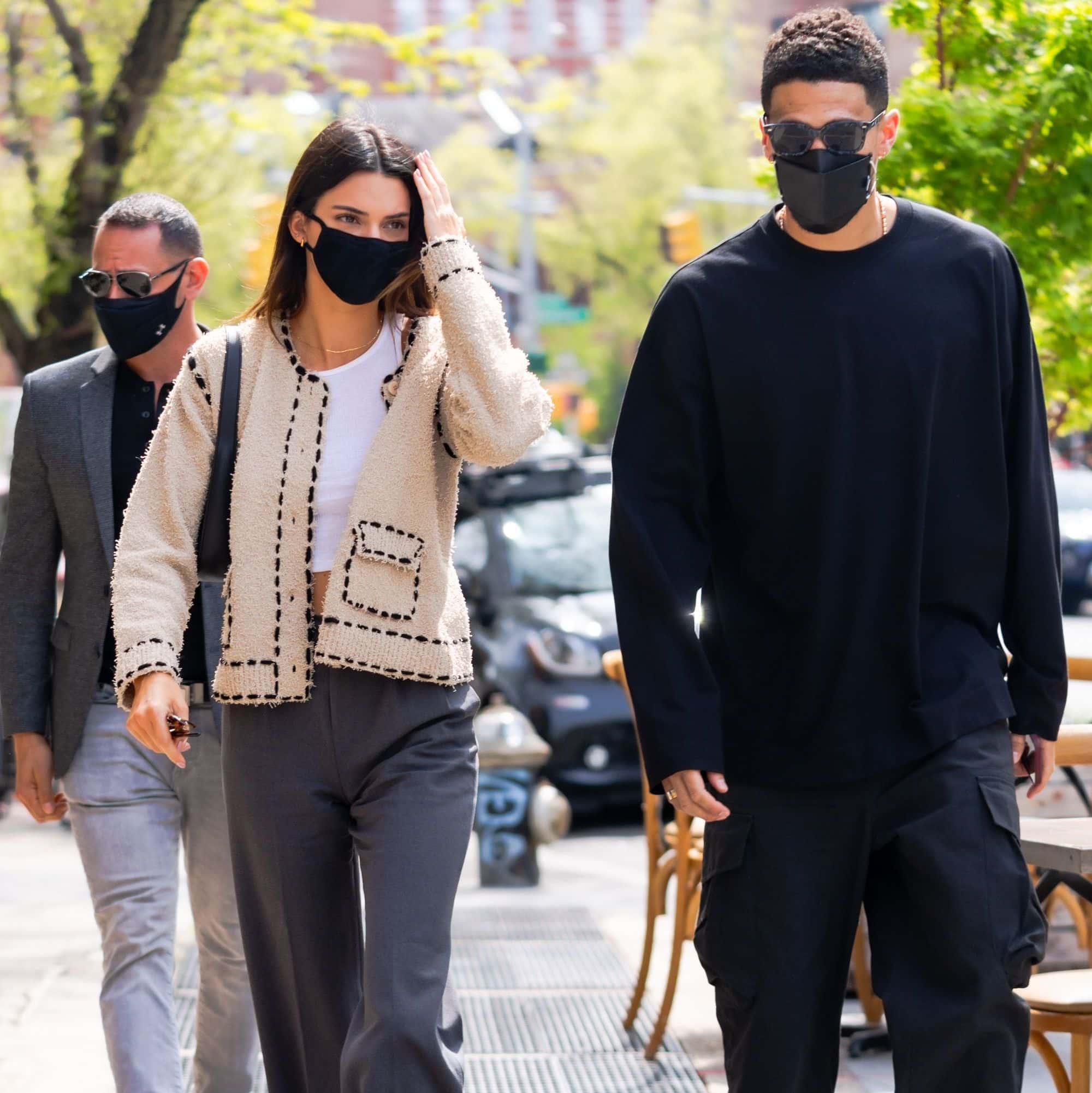 Kendall did recently get to spend a night out with her friends. She went to a concert in Los Angeles with her sister Kylie Jenner and best friend Hailey Bieber to see her ex-boyfriend Harry Styles. In videos that were shared on social media, the three people could be seen singing and dancing along with the “Adore You” singer during her show.

Harry has been linked to Kendall on and off since 2013. His relationship with Olivia Wilde ended recently.