In recent years, fans of true crime documentaries have been spoiled by a spate of new episodes that have explored some of the most bizarre, unsettling, and downright terrifying cases in the genre’s history. If you’ve already binge-watched Monster:

The Jeffery Dahmer Story or The Watcher, there’s a high chance The Good Nurse will appear on your must-watch list when it launches on October 26. A patient’s worst fear has come true in the new Netflix film starring Jessica Chastain and Eddie Redmayne.

Do We Have to Believe That The Good Nurse Is Based on a True Story? 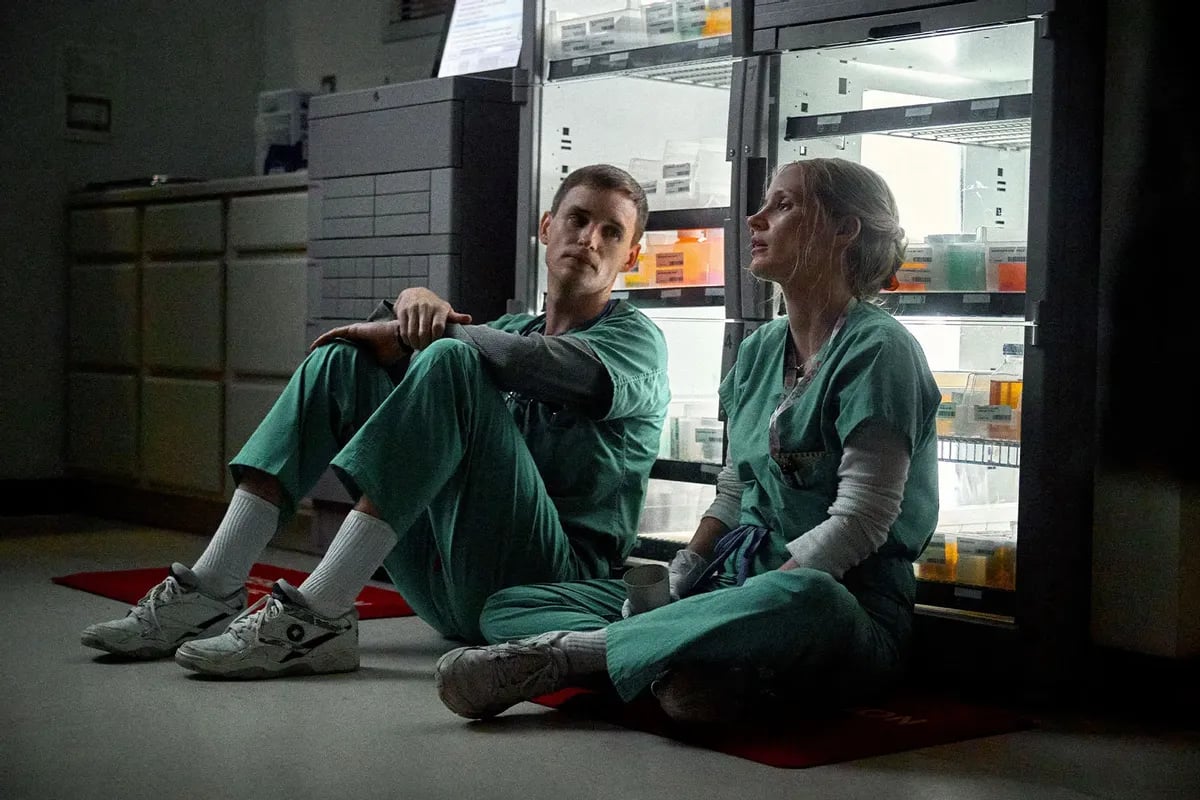 So, in short, that question has a positive answer.

Amy Loughren, the protagonist of The Good Nurse, is based on a real-life nurse who suspected her coworker Charles Cullen of murder. After over 30 patients in New Jersey and Pennsylvania were found dead, Cullen was apprehended in 2003, leading to speculation that he is one of America’s most prolific serial killers.

The film is directed by Tobias Lindholm, and it’s based on Charles Graeber’s true story The Good Nurse: A True Story of Medicine, Madness, and Murder, which was published in 2013. In contrast to other true-crime shows and films, The Good Nurse will not delve further into the criminal’s background but instead focus on Amy’s tale of how she convinced Charles to confess. To prevent the audience empathise with Cullen, the director stated in an interview with Entertainment Weekly that “[the film] never offers any knowledge about Charlie that [Amy] doesn’t have.”

Who is Charles Cullen?

As portrayed by Eddie Redmayne, Charles “Charlie” Cullen was born in New Jersey in 1960. When he was still a young man, he lost both of his parents, and he responded by joining the United States Navy, only to be medically discharged a decade later in 1984.

After that, he got his nursing degree and spent the next 16 years working in various hospitals around New Jersey and Pennsylvania (1988-2003). More than half a dozen hospitals let him go during this time. Some estimate that Charles killed hundreds over his tenure, while others put the figure at less than 30.

Where does Amy Loughren fit in?

Single mom and nurse Amy Loughren (Jessica Chastain) met her future husband, Charles, at Somerset Medical Center, where she also works. Before she cooperated with authorities to expose his criminal behavior, she considered him a friend.

Charles’ complex paperwork, in which he frequently kept track of other nurses’ patients, raised suspicions in the nurse’s minds. According to Vanity Fair, it was Amy’s 11-year-old daughter who eventually encouraged her to submit her concerns about her buddy Charles to the authorities.

Don’t forget to bookmark this page so you can return and check for updates at a later time. You should share this article’s link with anyone you believe will benefit from reading it. In order to read the most up-to-date version of this article, please visit thetecheducation.com.

What Does Wrd Mean On Tiktok? What Does It Mean In Slang And Text?