Created as a follow-up to ‘Ghosts Of Shepherdstown,’ its release was confirmed by Travel Channel in May 2019. Executive producers are Mark Kadin, Will Ehbrecht, Tucia Lyman, and Elaine White.

Who Is in the Ghosts of Morgan City Cast?

Ben Hansen, Jereme Leonard, and Sarah Lemos star as the major characters in ‘Ghosts of Morgan City.’ Hansen is already well-known for his appearances on ‘Fact Or Faked: Paranormal Files’ and ‘Paranormal Lockdown.’

He has also been in ‘Paranormal Lockdown’ and ‘Ghosts Of Shepherdstown.’ He is a former FBI agent with exceptional investigative abilities. Leonard is a demonologist that has appeared on numerous podcasts. Lemos, the team’s psychic, completes the trio.

She previously appeared as a special guest on Banner Travel’s ‘Ghost Hunter Cruise’ as a native of Salem, Oregon.

They are accompanied by Diane Wiltz, a local historian and archivist; James Blair, the Morgan City Police Chief; and Mayor Grizzaffi, who keeps a watchful eye on the entire process.

What are the Ghosts of Morgan City Plot about?

Each episode follows the members as they strive to understand the mysteries surrounding Morgan City’s unusual actions. They attempt to discern patterns and unearth clues to arrive at credible answers. 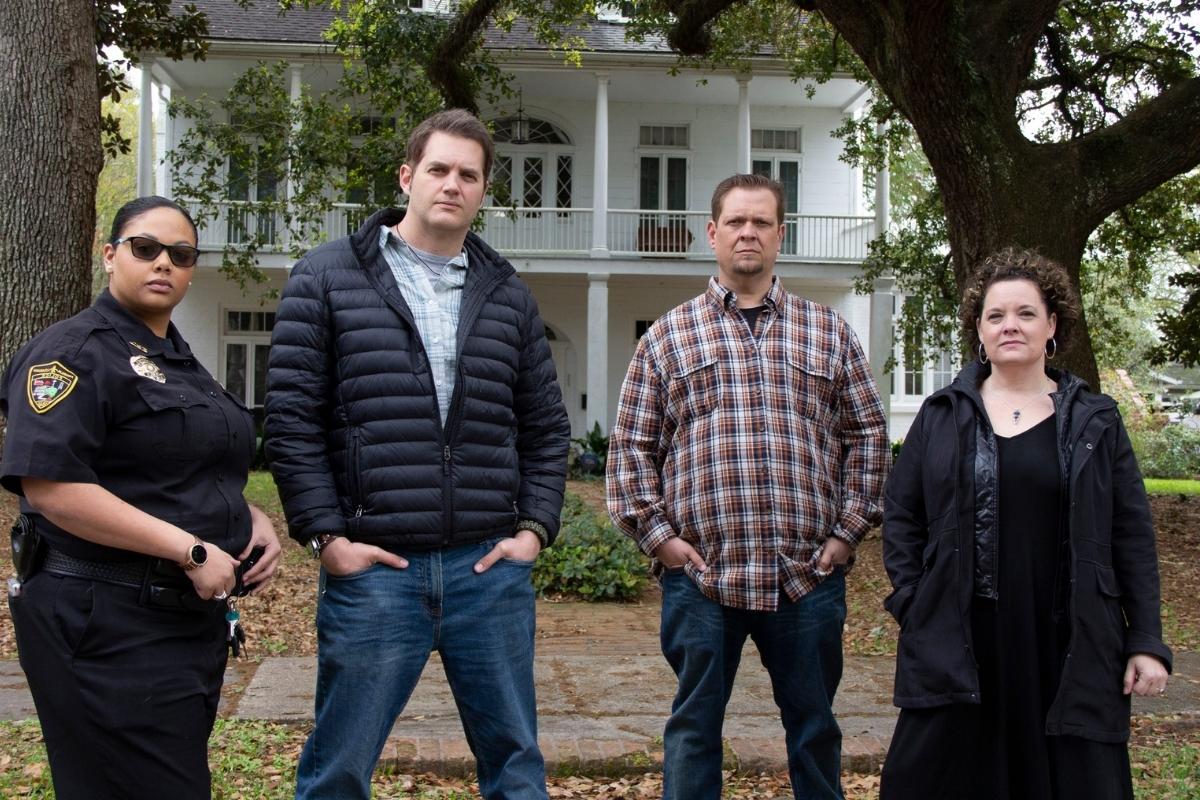 Further investigation reveals that the hauntings are not isolated to Morgan City but occur throughout the St. Mary Parish area.

The docu-series narrative begins with a woman claiming to have encountered a spirit while driving through a hazy stretch beside Lake Palourde.

After being notified by the cops, the team investigates the situation. If you’ve seen other ghost hunting shows, such as ‘Ghost Adventures,’ you’ll know that each story is self-contained.

However, the opening episode’s primary focus is on a mysterious mist that appears to harbor an inhuman thing. Whether or not it provides a definitive answer is entirely up to the viewer’s discretion.

Each episode is suspenseful, featuring re-enactments of the ghostly experiences. The experts explain the numerous phenomena and their possible causes between these points.

‘Ghosts of Morgan City’ does offer some intriguing details about the town’s tumultuous history, as brought to light by local historian Diane Wiltz. For instance, the spirit of the ghost who haunts the mist is believed to be Ada LeBoeuf, Louisiana’s first woman hanged in 1927.

Further investigation leads the investigators to interview her great-great-granddaughter, which provides several clues. Following that, the team conducts experiments using gadgets to detect any indication of unusual activity.

We see a twist in Ada’s murder conviction near the end, and the story finishes with her family receiving closure.

As this case concludes, further calls begin to come in from Morgan City. The group is now forced to travel the length and breadth of the parish in search of answers.

Another instance is a plantation with a voodoo past and a bloody Civil War conflict. The trio also interacts with a haunted family house occupied by a little girl’s spirit.

While delving through old historical records and unearthing troubling clues, the team works slowly and methodically toward putting an end to this ghostly tug of war.

To conclude, if you decide to watch this show, do it not only for its unusual idea but also for its fascinating portrayal of Cajun culture, historical facts, and intriguing locales.

When will Ghosts of Morgan City Season 2 premiere?

Season 1 of ‘Ghosts of Morgan City’ premiered on Travel Channel on June 21, 2019. Each segment is comprised of eight episodes and runs for 60 minutes.

Will ‘Ghosts of Morgan City’ be renewed for a second season? Travel has not yet made an official announcement, and it is too early to make any definitive predictions.

However, given the show’s eerily compelling premise, we would not be surprised if it is renewed for another season. And if that occurs, we may anticipate the release of ‘Ghosts of Morgan City’ Season 2 in June 2023. We will update this section with additional information when it becomes available.

Trailer for Ghosts of Morgan Season 2

Travel has yet to release the show’s official trailer. You can, however, visit their official website to view all show extras, including images, videos, exclusive content, and updates. Check out the season 1 trailer here: