Behind Netflix and Disney+’s Dash for Streaming Ad Cash 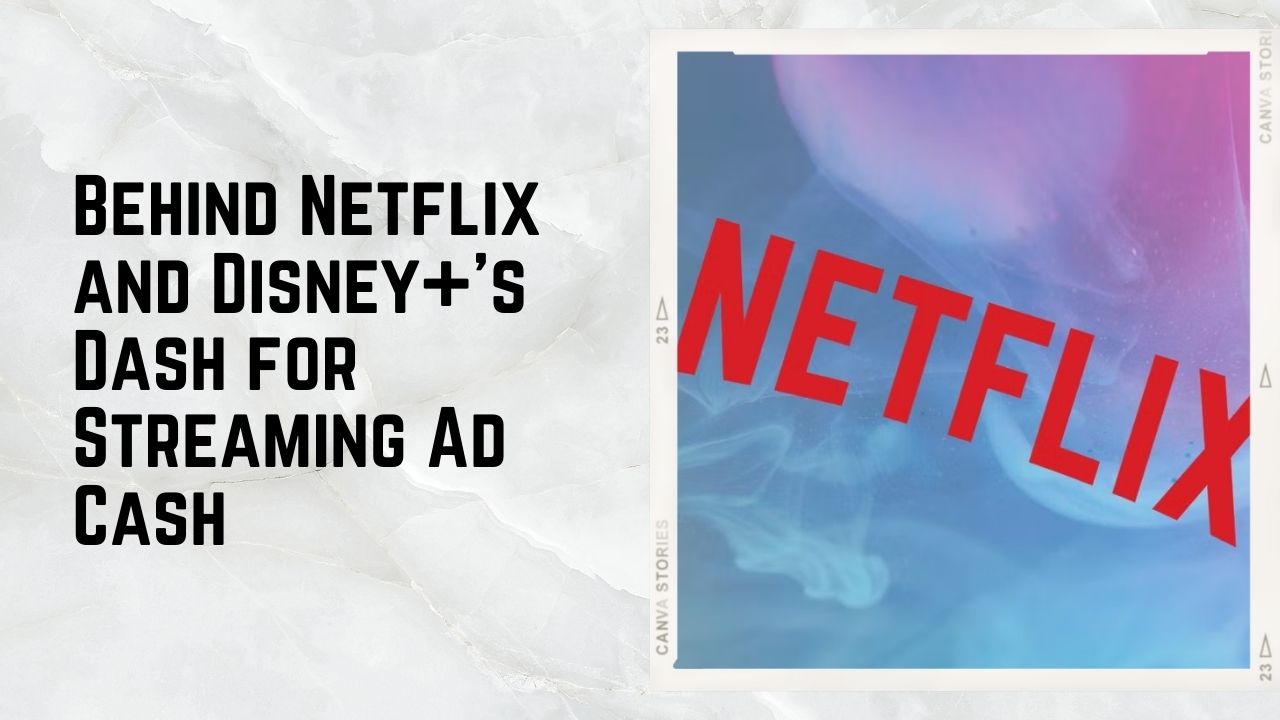 Netflix categorically rejected the notion that it would ever launch an ad-supported streaming service just over three years ago.

In its second-quarter 2019 investor letter, the streamer stated: “Be confident that this is false when you read speculation that we are moving into selling advertising. “We believe that by staying out of the competition for ad revenue and focusing solely on the competition for viewer satisfaction, we will have a more valuable business in the long run.”

Netflix’s perspective on advertising has changed. Netflix and Disney+ are introducing ad-based tiers this fall to increase their target audiences and access new sources of income as subscriber growth has slowed. For example, Netflix lost 1.2 million subscribers in the first half of 2022 compared to a net gain of 5.5 million during the same period last year.

Reed Hastings, the CEO of Netflix, explained his about-face to investors in April, saying that it makes a lot of sense to allow “consumers who would like to have a lower price and are advertising-tolerant get what they want.”

The advertising industry has praised the two streamers’ actions. According to Ashwin Navin, CEO of Samba T.V., a company that measures how many people watch television and streaming content, “it will be the newest T.V. content inventory for T.V. content ever introduced at one time.” These businesses represent a sizable amount of premium video that has previously been off-limits to advertisers. It’s a turning point.

Netflix’s Basic With Ads, which costs $6.99 per month, launches in the U.S. and 11 other markets on November 3. On December 8, Disney+ launched its $7.99 per month ad-supported plan.

Netflix projected a gain of 4.5 million subscribers for the fourth quarter after returning to positive subscriber growth in Q3 with 2.4 million new subs (the last time the company will provide that guidance). While we’re very optimistic about our new advertising business, we don’t expect a material contribution in Q4’22, Netflix stated in a letter to shareholders. However, this is a considerable opportunity: By 2026, just in the U.S., Netflix and Disney+ are expected to take in an estimated $2.7 billion and $1.9 billion in connected-TV advertising each, representing a combined 15% share of the market, according to a Morgan Stanley forecast.

In the beginning, Netflix and Disney+ were hesitant to include advertising because it would turn away monthly subscribers. Here are four reasons they backed out and why both rely on cheaper tiers to maintain healthy subscriber growth.

Netflix and Disney executives reasoned that advertising would somehow detract from the promise of premium entertainment, and they were correct in believing that a subscription VOD service without ads is more appealing to consumers. But a wealth of research indicates that many consumers are prepared to exchange their attention for a price reduction. For instance, according to a September 2022 survey by research firm Disco, 39% of Netflix subscribers said they would consider signing up for an ad-supported option, while 26% of Disney+ subscribers said the same.

With the new ad options, the companies could keep subscribers on the verge of canceling and win back dropped subscribers. The tolerance for advertisements in streaming services has been underestimated, according to Hub Entertainment Research principal Jon Giegengack.

Behind Netflix and Disney+’s Dash for Streaming Ad Cash https://t.co/QfleKVK2pG

To maintain a competitive edge when choosing what content to acquire and curate, Netflix has a reputation for being secretive with its data. Netflix and Disney+ will now be compelled to give advertisers more specific information about their platforms’ audiences and viewing patterns. (Netflix claims that Nielsen’s measurement agreement will begin to take effect in 2016). However, it should be noted that this is a necessary cost of doing business and that the ad measurement will only account for a portion of overall usage.

Government rules governing the privacy of personal user data will also apply to the new services. Hastings downplayed privacy concerns when announcing Netflix’s advertising plans, saying, “We can be a straight publisher and have other people do all of the fancy ad-matching and integrate all of the data about people.”

Netflix, unlike Disney, had no prior experience in the advertising industry, so adding that capability required coordinating many moving parts and making new investments. The streamer is renegotiating licensing agreements with content partners to obtain ad rights but initially will have to omit 5%–10% of titles (depending on the country). To enter the market quickly, Netflix collaborated on ad sales and technology with Microsoft, which in June successfully acquired AT&T’s Xandr digital advertising unit. To lead the charge, Netflix hired Jeremi Gorman and Peter Naylor, who most recently worked for Snap. Mark Melvin, executive vice president of the Americas for Mirriad, which sells in-content sponsorships, says that the company has a great team of experts on staff and that they are skilled at what they do. “I have faith Netflix will work it out.”

According to Blair Harrison, founder and CEO of the cloud-based linear streaming platform Frequency, “as you drag existing business models along, there’s always the existential dread of trading dollars for pennies.” It doesn’t matter which plan customers choose because Disney and Netflix executives are confident they have calibrated their ad-tier launch plans to mitigate cannibalization risk. Additionally, the companies have hinted that the ad-supported tiers may benefit if they can secure high ad rates. While some advertisers are dubious about Netflix’s ability to reach the $65 CPM (cost per thousand impressions) it floated to advertisers in August, other industry observers say it’s not impossible. “Netflix may be late to the game, but their game has been pretty darn good,” says Mark DiMassimo, founder and creative director of ad agency DiGo.

Disney has another reason for incorporating advertisements into its mainstreamer. After initially undervaluing the service to attract subscribers quickly, it was necessary to raise Disney+’s price point. At a Goldman Sachs conference last month, CEO Bob Chapek acknowledged that Disney+’s $6.99 price point at launch was “pretty absurd.” Disney+ with ads will cost $7.99 per month, while Disney+ without ads will cost $10.99 per month.

Consumers will have more affordable options as inflation continues to hurt their wallets, and marketers eager to reach cord-cutters stand to gain from all of this. “The losers” The world of connected-TV streaming will attract more Madison Avenue funding away from traditional cable and broadcast T.V. networks.

“The linear television fortress is cracking at the foundation,” says Navin of Samba T.V.

‘Stranger Things’ Star Maya Hawke Floored the Duffer Brothers From the Beginning: ‘She Felt like One-in-a-Million’