While Attack on Titan, a current anime series, started broadcasting in 2013, it is only at the beginning of its fourth season due to several production delays. Its second season began roughly four years after the conclusion of the first.

And although the film’s production firm, Wit Studio, never said explicitly why the delay occurred, several fans have speculated that the delay was mostly motivated by business.

The show’s third season was broken into two parts, with an approximately six-month break between them. While somewhat less severe than the four-year gap between its first two seasons, the split third season served to extend the time required to bring the series to its completion.

In December 2020, what was billed as Attack on Titan’s last season started, directed by MAPPA rather than Wit Studio.

The season seemed to be sixteen episodes long, which perplexed several fans familiar with the comic book source material, who questioned how such a small number of episodes could cover all of the season’s remaining plot beats.

Following the end of those sixteen episodes, MAPPA stated that the series would return for the second half of its final season, which would serve as a mirror to the first. We know the following about Attack on Titan season 4, part 2.

On March 28, 2021, the day before the season 4 part 1 conclusion of Attack On Titan, the official Titan (in Japanese, Shingeki no Kyojin) Twitter account stated that the series would be returning this winter.

While anime episodes are often published on a predictable seasonal schedule, the winter calendar for Attack on Titan is ultimately uncertain.

Most of the anime included in the winter 2021 anime season debuted between January 6 and January 13. Following then, these programs continued to screen new episodes every week. If this trend holds, Attack on Titan might return in January 2022.

That said, Attack on Titan season 4 part 1 was somewhat of a dark horse – it premiered in December, just before the winter 2021 season officially began. If the next episodes follow suit, the series might resume as early as December 2021.

When Attack on Titan returns, the series’ main protagonist, Eren Yeager, will almost certainly become the show’s major emphasis in the future.

When Eren made his debut in season 4, he massacred a large number of innocent individuals during an assault on the country of Marley (the existence of which was only just revealed to viewers in the season 3 finale and promptly became the focus of the season 4 premiere).

Eren seemed to be at odds with almost everyone from then on, and the weight of that clear war crime weighed heavily over the previously heroic protagonist.

Then, in the last two episodes of season 4, part 1, it was revealed that Eren was allegedly conspiring with his half-brother, Zeke, to sterilize all Eldians to end the misery caused by those with titan abilities and those without. In a nutshell, the already grim series became much worse.

According to fans, Eren was faking agreement with Zeke’s sterilization plan and had a different strategy for ending human and titan-human misery. Given that Eren was usually portrayed favorably to viewers before season 4, the season’s ending will likely include an Eren redemption storyline.

In any event, the conflict between the country of Marley and the series’ long-running Eldian heroes should be settled before the end of Attack on Titan, whether by Eren or another figure untouched by the death of innocents.

Bargain Bock Season 2: All The Latest Updates and Everything We Know So Far 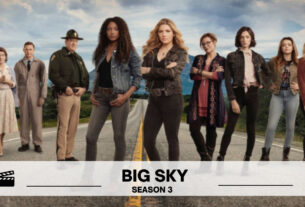