Ashton Kutcher Illness: What Has Happened To Him? Here’s More Details

Ashton Kutcher‘s battle with illness may be one of the most high-profile cases of Vasculitis yet. Ashton Kutcher Illness: What Has Happened To Him? Here’s More Details

Ashton Kutcher said he feels “lucky to be alive” after getting better from a rare autoimmune disease that made him temporarily deaf and blind.

In an upcoming episode of Running Wild with Bear Grylls: The Challenge on National Geographic, Kutcher talked about how hard it was for him to deal with vasculitis.

“Like two years ago, I had this weird, super rare form of vasculitis that made me lose my vision, my hearing, and my balance,” Kutcher tells Bear Grylls, the show’s host, in an episode of the show.

The That 70’s Show star said on Twitter that he was “fully recovered” from the disease, but in Running Wild, he went into more detail about how sick he felt and how it affected his life.

Before there are a bunch of rumors/ chatter/ whatever out there. Yes, I had a rare vasculitis episode 3yrs ago. (Autoimmune flair up) I had some impairments hear, vision, balance issues right after. I fully recovered. All good. Moving on. See you at the 2022 NY Marathon w/Thorn

He said, “You don’t really value something until it’s gone.”

Here are the important facts about vasculitis.

Vasculitis is the name for a group of rare diseases that make blood vessels like arteries and veins swell up and hurt.

Some of the signs are:

Depending on which type of vasculitis you have, the disease can be very bad and have a wide range of symptoms.

For example, you may have heard of Kawasaki disease, an inflammatory condition that was thought to be caused by COVID-19 infection in the early days of the pandemic.

Kawasaki disease is a type of vasculitis that mostly affects kids.

Mr. Kutcher hasn’t said what kind of vasculitis he has, but most people with giant cell arteritis lose their sight because it affects the arteries in the head.

In its worst forms, vasculitis can damage organs, cause blood clots and aneurysms, and even kill the person who has it. 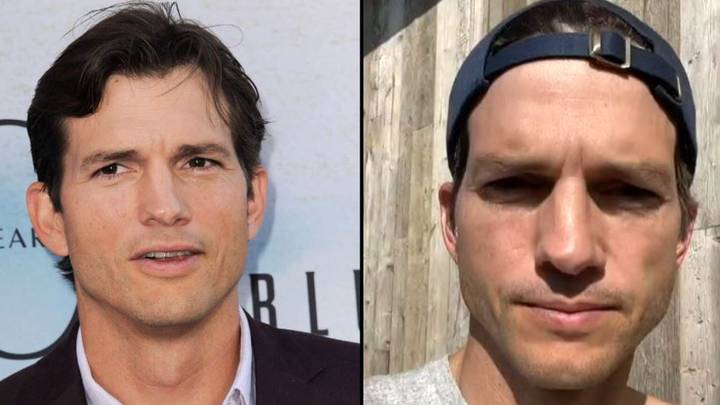 No one knows exactly what causes vasculitis yet. Some are caused by a person’s genes, while others happen when the immune system mistakenly attacks blood vessel cells.

The Mayo Clinic says that infections like hepatitis B and C, blood cancers, diseases of the immune system, and some drug reactions can all cause vasculitis.

Age, family history, using cocaine or tobacco, taking certain medications, and having an immune disorder can all be risk factors.

There is no cure for vasculitis right now. Modern treatments focus on reducing inflammation and treating the conditions that may be causing the illness in the first place.

Most of the time, a steroid drug, like prednisone, is given to control the inflammation that comes with vasculitis. Many types of vasculitis can go away for good if the treatment is kept up.

The School of Clinical Sciences at Monash Health says that 85% of people with vasculitis will die within five years if they don’t get treatment.

But if the disease is found early, the patient has a better chance of getting better or going into remission.