The iPhone 14 won’t be available until September, but anticipation is already building. Although Apple has not officially confirmed the existence of its upcoming smartphone, the internet is awash with iPhone 14 rumours and discussion of a “complete overhaul.”

Ming-Chi Kuo, a top Apple analyst, believes the iPhone 14 lineup would include four smartphones, including two improved ‘Pro’ variants. So, while nothing is official, there are plenty credible projections to consider.

Apple has yet to say anything about the iPhone 14 – let alone when it will be released. However, because Apple normally releases new iPhones at the same time each year, the iPhone 14 is very likely to arrive in September 2022.

Apple events are often hosted in the company’s Apple Park headquarters in California and begin around 10 a.m. Pacific Time, which is 6 p.m. GMT / 4 a.m. AEST.

However, the actual release date may be pushed back. One model of the iPhone 14 is currently reported(opens in new tab) to be behind schedule due to the effects from China’s recent commodity lockdowns. If Apple is unable to make up the time, it may have an impact on supplies.

Apple’s first event of 2022 took place in March, but no mention of the iPhone 14 was made. Instead, gadget enthusiasts received the long-awaited iPhone SE 3 and a new iPad Air.

There are currently no official price reports for the iPhone 14. However, given that the ordinary iPhone 13 begins at £679 / $699 / AUS1199, we anticipate that the iPhone 14 will attract a comparable price.

The iPhone 13 debuted in the United Kingdom priced £20 cheaper than the iPhone 12. Fingers crossed the downward trend continues, however if a rumour is true, this is wishful thinking.

The iPhone 14 devices are anticipated to have the same flat-edged appearance as the iPhone 13 variants. According to further reports and component leaks, Jon Prosser’s claim that Apple would bring a larger body with no rear camera bump and round volume controls appears to be wrong.

In March, alleged renderings of the iPhone 14 models leaked, and the renders suggest that the regular iPhone 14 models will have the same design as the iPhone 13 models, with no design modifications. There will be a regular notch and the same camera bump on the rear, which will include a diagonal camera configuration.

In April, a photo purportedly depicting moulds for Apple’s forthcoming iPhone 14 models surfaced, providing a clearer look at the dimensions of the upcoming devices. The moulds are likely intended for case manufacture, but they appear to be consistent with the iPhone 14 rumours we’ve heard thus far.

According to a JP Morgan Chase investor report, Apple’s forthcoming iPhone 14 models would also include a high-end titanium alloy chassis design. Titanium had already been utilised by Apple for the Apple Watch, but this would be the first time the material has been used for an iPhone.

There will be no 5.4-inch iPhone in 2022 since Apple is discontinuing the “small” series due to poor sales. The iPhone 13 small will be the last of the mini phones, with Apple anticipated to focus on larger-sized iPhones in the future.

Apple is rumoured to be “aggressively testing” a vapour chamber heating system for its high-end iPhone models in 2022. High-end iPhones demand a VC thermal system because of their increased processing power and 5G connectivity rates. Samsung, Razer, and LG smartphones already use vapour chamber cooling technology to keep devices cool when they are under a lot of strain.

Even if the vapour chamber thermal system may not match Apple’s high standards, the company is working on upgrading it and high-end models may soon adopt it, as well

All 2022 iPhones could get Ultra Wide camera enhancements, while the iPhone 14 Pro will get wide-angle and telephoto lens updates. Ming-Chi Kuo expects the 2022 Pro iPhone models will have a 48-megapixel Wide camera and 8K video recording.

With this technology, the iPhone 14 Pro models can take 48-megapixel images in excellent lighting, but in low light, it uses pixel binning to create a higher-quality 12-megapixel shot using the 48-megapixel lens.

Kuo believes that 8K video recording will allow iPhone-recorded videos put on an 8K display or TV to deliver “a superior user experience” and that this quality will allow the iPhone to make videos and images more suitable for Apple’s AR/VR headset. Standard iPhone 14 models will have a more modest camera system than the Pro models with 8K video capture and a 48-megapixel Wide lens.

All iPhone 14 versions planned this year will have a front camera with a wider f/1.9 aperture and autofocus. A larger aperture lets more light reach the sensor for clearer, crisper images and better depth of field. Improved autofocus would increase video call focus.

Young has a good track record when it comes to iPhone leaks, so he could be right (though his predictions on screen sizes have since been altered – see earlier in this piece). If that’s the case, both iPhone 14 Pro models will include 120Hz variable refresh panels, which will give a quicker frame rate when needed while preserving battery life when not.

This assertion has been backed up by someone going by the handle Shadow leak. They claim that both Pro models will have LTPO display technology, which allows for high refresh rates and resolutions without sacrificing battery life. If this is accurate, it would be a huge win for users.

LTPO would also allow for ‘always-on’ screens, according to Bloomberg’s Mark Gurman, which will be a feature of the iPhone 14 Pro and Pro Max. The technology, according to the analyst, will work in the same way as it does on the Apple Watch: when the phone is locked, the screen’s frame rate will be reduced to save power while still displaying some information. There’s no indication on what kind of information would be displayed, although it’s expected to feature things like the time and battery life.

According to Kuo, the iPhone 14 Pro and Pro Max could gain LPDDR5 RAM, while the lower-end devices will stay with the LPDDR 4X present in the iPhone 13 line.

We could witness a slowdown in data transfers as well, at least for the Pro models. According to iDropNews(opens in new tab), Apple could enhance the iPhone 14 Pro and Pro Max’s Lightning connection to accommodate USB 3.0 speeds, which would mean a maximum of 5 Gbps compared to the present Lightning connection’s meagre 480 Mbps. That would be a huge help to artists who need to transfer massive files like high-resolution video.

When it comes to storage, we expect Apple will stick with the same options as the iPhone 13: 128GB for the base models and up to 1TB for the Pro models. Apple is rumoured to be considering selling 2TB storage with the 2022 Pro models, but would it sell enough of them to make it a viable option? We aren’t persuaded.

If Apple is going to increase the computational power of the iPhone, it makes reasonable to increase the battery capacity as well. The new iPhone 13 has a two-and-a-half-hour longer battery life than the iPhone 12, so we’re expecting another significant increase in capacity.

Front glass panels for the iPhone 14 models were supposedly leaked in April, with the iPhone 14 Pro and Pro Max models showing pill-shaped and hole cutouts that will replace the notch on those models. Notches remain on the normal iPhone 14 and 14 Max displays.

The iPhone 14 Pro and Pro Max screens also have somewhat lower bezels and a larger aspect ratio, and all of the display panels are consistent with previous rumours.

Apple iPhone 14 will come with an A16 Chip

New iPhones usually have new A-series chips, but Apple may deviate this year. Only the iPhone 14 Pro will have a speedier A16 chip, says Apple expert Ming-Chi Kuo.

Kuo thinks the regular iPhone 14 models will feature the same A15 Bionic as the iPhone 13, marking a huge difference in 2022.

Kuo said the A16 processor is a small enhancement from the A15. The chip will likely employ the same N5P technology as the A15, limiting advances.

Mass production of N3 and N4P won’t begin until 2023. Apple chip supplier TSMC has developed a new N4 process, but Kuo argues it offers no substantial improvements above N5P.

The Qualcomm Snapdragon X65 modem, which is the world’s first 10 Gigabit 5G modem and antenna system for iPhones, will be used in the iPhone 14 models.

According to Taiwan’s Economic Daily News, Apple has bought 5G radio frequency (RF) chips from TSMC, with Apple using its own technology rather than Samsung’s.

The chips are said to be made using TSMC’s 6-nanometer process, which allows for a smaller package and lower power consumption. This could result in longer battery life and support for WiFi 6E while using 5G technology.

The Qualcomm Snapdragon X65 supports some satellite connectivity features, and Apple wants to deploy satellite-based emergency features with the modem, allowing users to send messages in emergency circumstances and report significant incidents in places where cellular coverage is not available.

When there is no cellular or WiFi signal, Emergency Message by Satellite will allow users to text emergency services and contacts utilising a satellite network. Along with SMS and iMessage, it will be a new communication system with grey message bubbles. The length of messages will be limited.

Another feature will allow users to use satellite networks to notify serious catastrophes such as airline crashes and fires. These features are still in the works and are expected to debut in 2022 at the earliest.’

According to Apple expert Ming-Chi Kuo, the iPhone 14 will have WiFi 6E connection. WiFi 6E, according to Kuo, will provide the high-speed wireless transmissions required for AR and VR experiences, and it will also be used in a mixed reality headgear that could be released in 2022.

WiFi 6E uses the 6GHz frequency in addition to the 2.4GHz and 5GHz channels to enhance bandwidth and reduce interference while still providing the speed gain and low latency that the WiFi 6 standard provides.

Apple may go for an eSIM-only design for the iPhone 14 models, eliminating the need for a physical SIM slot. According to reports, Apple is encouraging major U.S. carriers to prepare for the debut of eSIM-only handsets by 2022, implying that some iPhone 14 models may be the first to be released without a SIM slot.

Because eSIM isn’t available in every country, certain iPhones will still require a nano-SIM. In places where a SIM-free iPhone is available, it may be optional, with customers having the option of selecting a SIM-equipped model. According to Apple’s website, eSIM is supported in over 60 countries. 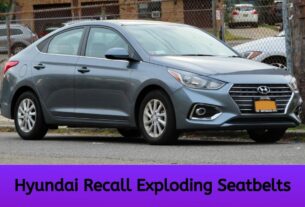