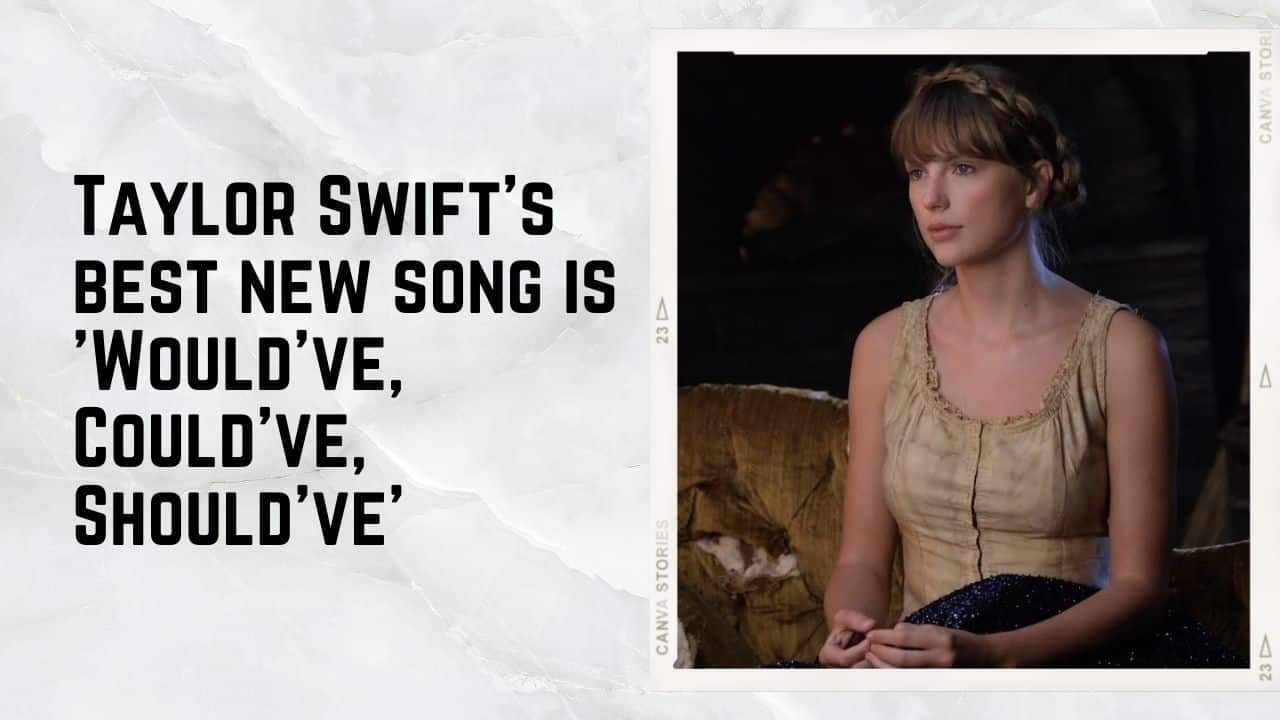 The 13 songs on Swift’s lite-pop album “Midnights” revisit Swift’s earlier works, as we noted in our review.

Nearly too polished and glossy is Jack Antonoff’s production. Swift’s vocals are free of any grit and are steady and clear. Her lyrics veer between being vibrant and artificial. Several songs, like “Mastermind” and “Snow on the Beach,” are catchy and competent but end up drifting without providing any genuine catharsis.

In conclusion, “Midnights” left me wanting more, especially given that it was marketed as Swift’s angstiest and most introspective album to date. Despite the album’s mix of gems (“Maroon,” “Sweet Nothing”) and duds (“Midnight Rain,” “Bejeweled”), none of the songs were able to live up to the high emotional bar that Swift herself set.

They didn’t, up until the hour of three in the morning.

Swift unveiled seven additional songs, dubbed “3 am tracks,” three hours after the official album was made available. She clarified that these were extra glimpses into her creative process rather than being a part of her “complete concept album.”

“Midnights (3 am Edition)” is a brand-new territory with some intriguing detours: “High Infidelity” functions as a resentful counterpart to “Renegade,” a two-part study of how to kill the one you love; “The Great War” is a rallying cry for violet-bruised, bloodstained devotion; and “Glitch” revels in its own jittery weirdness as Swift flirts with her friend under a blood- I find it absolutely incomprehensible that Swift would refer to the “3 am tracks” as supplemental rather than essential, especially given that they contain “Would’ve, Could’ve, Should’ve,” by far the best song on “Midnights.”

Everything Swift promised would be in “Midnights” and that so much of the album lacks is in “Would’ve Could’ve Should’ve.”

The song “Midnights (3 am Edition)penultimate “‘s track” is an adult reflection on a teenage experience that has kept her up at night, pacing around like a ghost, agonizing over what might have been, and lamenting the person she might have become.

Swift and Aaron Dessner cowrote and coproduced the hard-rocking masterpiece, which is rife with conflict and compassion. Swift bemoans, “I regret you all the time,” though she later confesses, “God’s honest truth is that the pain was heaven.” Trauma made her memories into weapons while also keeping her from getting bored. Although these are terrifying confessions, Swift’s candor is fearless and incredibly moving.

The popular breakup song from “Speak Now,” “Dear John,” which was almost certainly inspired by John Mayer, has a clear resemblance to “Would’ve, Could’ve, Should’ve,” as many people have pointed out. Swift and Mayer started dating when Swift was 19 and Mayer was 32.

Now 32 years old, Swift sings about her most ominous prophecy that came true: “I’ll look back and regret how I disregarded when they said, ‘Run as fast as you can.'”

A follow-up to “Dear John,” “Would’ve, Could’ve, Should’ve” is more intricate and urgent-sounding, and it builds to a painfully euphoric bridge: “Give me back my girlhood, it was my first,” the song’s lyrics read. “Living for the thrill of hitting you where it hurts.”

These two lines on “Midnights” are the most intense and liberating in the entire song. Swift’s voice soars, almost breaking as it reaches its crescendo, accompanied by the combative drumming of Dessner. That noise is a woman running as quickly as she can.

But all she does is a circle around. Swift updates the “August” structure, rewriting the bridge with a mesmerizing outro that reflects her obsession and late-night ruminations: “The wound won’t heal,” “The tomb won’t shut.”

Although “Midnights” has received almost universal praise, Swifties are all in agreement that it is our favorite song. Queer fans have found meaning in its expression of religious guilt and leaving the “righteous” behind for passion; Nylon said that it “makes ‘Dear John’ sound like a lullaby.” Survivors of abuse have called it “therapeutic” and powerful.

“Would’ve, Could’ve, Should’ve” is a one-hit knockout in contrast to “Midnights,” which misses so many of its punches.

Courteney Larocca, the senior music editor for Insider, stated in our review that “one stellar song does not make an album.” That still holds true.

The payoff, however, would have been immediate and undeniable if “Would’ve, Could’ve, Should’ve” had been added to the original tracklist, preferably at track five, the position typically reserved for Swift’s most lyrically poignant songs.

Would everything be different today if one thing had been different, as Swift has questioned?

What is the first song by Taylor Swift that made her famous?

With the lead single from her self-titled debut album from 2006, “Tim McGraw,” Swift made her chart debut on the Billboard Hot 100. Swift became the youngest artist to independently write and perform a number-one song on the Hot Country Songs chart with the album’s third single, “Our Song.”

What song by Taylor Swift is her favorite?

This “Midnights” song, according to Taylor Swift, is one of her all-time favorites.

Which of Taylor Swift’s albums has had the lowest sales?

Swift’s debut album of the same name comes in at number ten on the list. First released in 2006, Swift’s debut studio album is so country-heavy that younger listeners might not even recognize the singer’s voice given that she has since dabbled in a variety of other musical styles.

Which of Taylor Swift’s albums is the most overlooked?

The most overlooked album in Taylor Swift’s discography is Speak Now, 100%, and the album’s name track deserves more recognition.

Obama, Biden, And Harris Hit The Campaign Trail Ahead Of The Midterm Elections