Where Is Bernie Madoff Now? Is He Died?

In Netflix’s new true crime documentary, Madoff: The Monster of Wall Street, viewers will learn about Bernie Madoff and how he came to create the biggest Ponzi scheme in history.

Joe Berlinger directed the four-part documentary, which has interviews with whistleblowers, former employees, investigators, and people who were hurt by Madoff’s actions.

Here is all the information you need about Madoff and what happened to him.

What Happened To Bernie Madoff and Where Is He Now?

Madoff used to be a banker in New York. He started working on Wall Street in 1960, and between the 1970s and 1980s, his investment business took off.

During this time, he was the first director of an electronic stock exchange called Nasdaq (National Association of Securities Dealers Automated Quotations) for three one-year terms.

Madoff said he started stealing money in 1992. In his $64 billion Ponzi scheme, he used the money from new investors to pay the old ones. It wiped out people’s life savings, hurt charities’ finances and hurt a lot of people.

During the 2008 financial crisis, Madoff was unable to pay $7 billion to his clients. He told his sons, who were senior employees at his firm that the operation was “basically a giant Ponzi scheme” and “all one big lie.”

He told them he would turn himself into the police, and soon after the meeting, a lawyer told the FBI and federal prosecutors.

On December 15, 2008, the FBI asked Madoff to explain how his company lost $17.5 billion. He said there was no “innocent explanation” for the loss.

Madoff admitted guilt to securities fraud and other charges in March 2009, and he was sentenced to 150 years in prison.

The Guardian reported in November 2011 that trader David Kugel admitted to working with Madoff “from the early 1970s to December 2008 to commit securities fraud, falsify records of a broker-dealer, and falsify records of an investment adviser.” This was 20 years earlier than when Madoff said the fraud started.

According to a report from Reuters at the time, Kugel was sentenced to 10 months of home detention and 200 hours of community service in May 2015.

Madoff refused to help the police while he was in jail and kept saying that he had done everything on his own. The director of Madoff: The Monster of Wall Street, Joe Berlinger, wanted to show in his film that this wasn’t true. 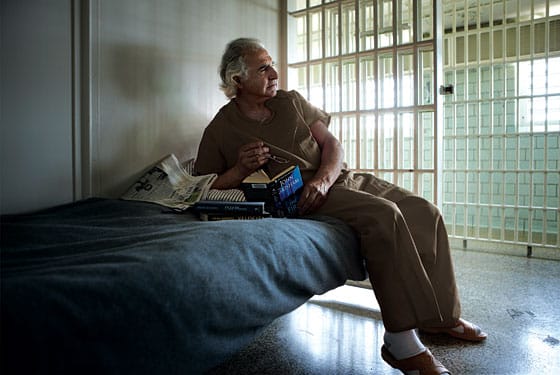 In an interview with The Guardian, Berlinger said, “Over time, the way this story was first told and how most people think about it now is that it was all done by a single evil genius who was so charming and manipulative.

“The truth, which isn’t talked about enough and should serve as a warning to anyone with money in the market, is that he got away with it because there were a lot of people who were in on it or who should have known better.”