Unidentified Woman Claims In 1993, Herschel Walker Forced Her Into Having An Abortion 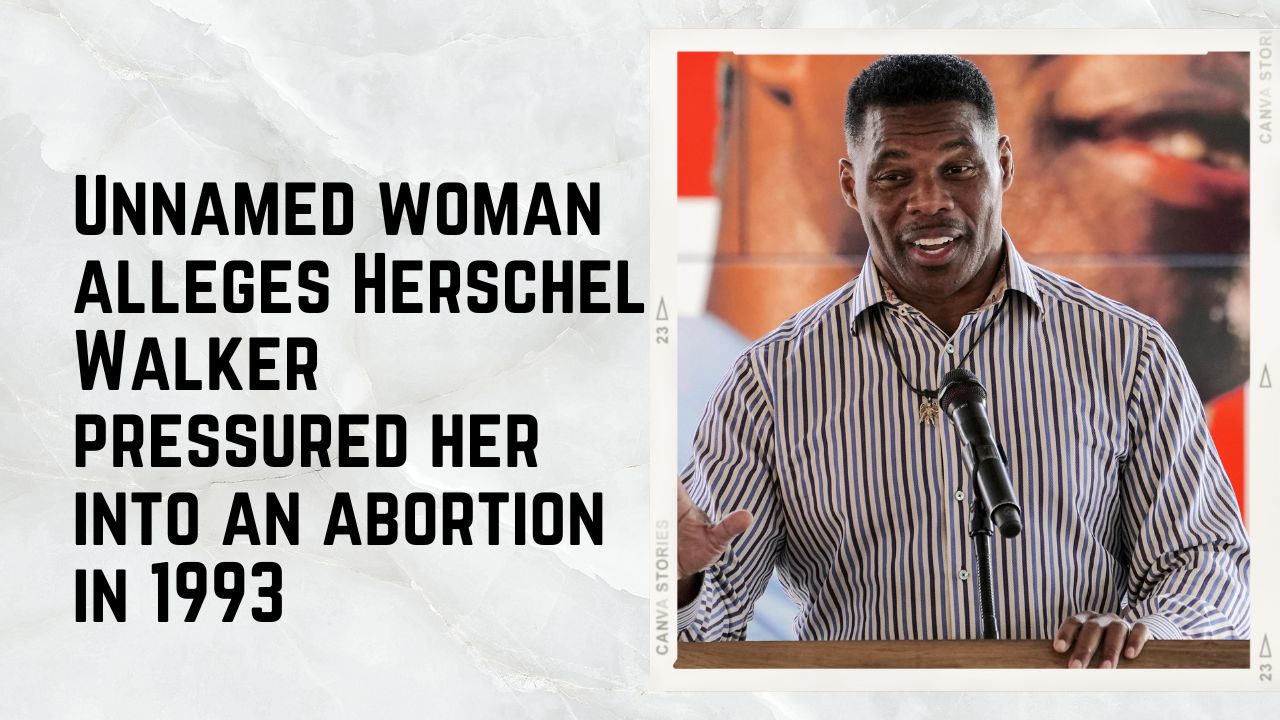 At a press conference on Wednesday, a woman who claims she had a long-term romantic relationship with Herschel Walker claimed that Walker, the Republican candidate for the Georgia Senate, had pressured her into getting an abortion in 1993.

The woman, who will only be identified as Jane Doe for privacy reasons, joined the press conference virtually alongside Gloria Allred. She read a statement. Although her face was hidden, her voice could be heard.

Doe claimed that she made the decision to share her tale at this time to highlight Walker’s apparent hypocrisy. When in reality he forced me to have an abortion and personally made sure it happened by driving me to the clinic and paying for it, Doe said, “He has publicly taken the position that he is about life and against abortion under any circumstance.”

Prior to the press conference, Walker referred to the accusation as a “lie” at a campaign event in Georgia. 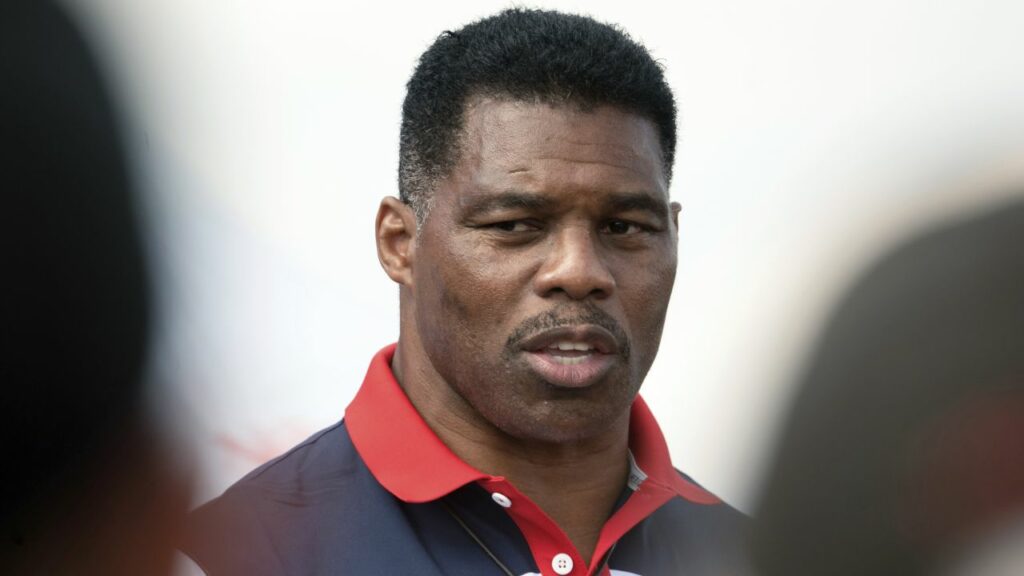 “I already told people that this was a lie, and I’m not going to play along with it. Walker continued, “And I also want to let you know that I didn’t kill JFK either. Democrats are doing everything they can to win the Senate seat.

Wednesday night, Walker released a second statement in which he declared, “I’m done with this foolishness. I will not entertain any of it. This is all a lie,” he declared before praising his debate performance.

Doe declared, “Herschel Walker is a hypocrite and he is unfit to be a US Senator.” “We don’t need senators from the US who say one thing but act another. Although Herschel Walker claims to be against women getting abortions, he persuaded me to get one, the woman claimed.

To disprove Walker’s assertions that he never signed anything with the letter “H,” Allred displayed several personal cards she claimed Walker had sent to Doe and had done so.

Along with reading the alleged message that Walker left on Doe’s answering machine, Allred also displayed a picture of Walker allegedly sleeping in Doe’s hotel bed in Minnesota and a copy of the hotel’s receipt. While Allred offered proof of a purported relationship between Doe and Walker on Wednesday, she did not offer any proof of the abortion claim.

Doe claimed to have gotten pregnant with Walker’s child in April 1993. Herschel encouraged me to get an abortion and gave me the cash after we talked about the pregnancy several times. I visited a clinic in Dallas, but I was unable to complete the procedure; I sobbed as I left. She snapped, claiming Walker was upset.

The next day, she claimed, he “drove me to the clinic and waited for hours in the parking lot until I came out.” Doe said, “I was devastated because I felt pressured into having the abortion.

Doe claimed that her motivations are apolitical, that she is a registered Independent, and that she supported former President Donald Trump in the election. I don’t think Herschel is morally qualified to serve as a US senator, and that’s why I’m speaking out and offering evidence, she declared.

Drop out .⁦@HerschelWalker⁩ because you’re a hypocrite scumbag!

The most recent allegations surface at a crucial time in a race that is essential to both parties’ hopes of gaining a majority in a Senate that is currently split 50/50. With less than two weeks until election day and early voting in Georgia entering its second week, the majority of polls show Democratic Sen. Raphael Warnock, who is running for a full six-year term, with a slight lead over Walker.

The accusations add to the ongoing controversy surrounding Walker, who has repeatedly pushed for a complete nationwide ban on abortions.

An ex-girlfriend has already accused Walker of pressuring her to have the procedure and then paying for it.

Walker has called the woman’s claim “flat-out false,” but when shown a copy of the check the first woman claimed was payment for her abortion, he acknowledged that his signature was on the document even though he claimed to be unaware of its purpose.

According to The New York Times, the same woman also claimed that Walker pushed for her to have a second abortion years later.

She claimed she was forced to give in and is now the mother of a son who, according to her, only occasionally sees his father. CNN has not independently corroborated the claims made by the first woman. She’s remained unidentified in media reports.

Democrats have mostly remained silent regarding the controversy, taking their lead from Warnock. The incumbent has taken care to avoid criticizing Walker specifically over the specifics of the story, either in his own remarks or during their lone debate. However, in broader terms, he has frequently stated that the Republican “has a problem with the truth.”

Warnock’s campaign more recently released an advertisement called “Hypocrite,” which starts with a narrator saying, “For you, Herschel Walker wants to ban abortion,” before cutting to soundbites from Walker and, eventually, a newscaster describing the allegations from the first woman to accuse him of paying for her to get an abortion. This is a sign of the race’s stakes and rising tension.

When questioned about the claims during that debate on October 14, Walker once more denied them and even made the unsupported claim that his political opponents were working against him.

Walker declared, “I said that is a lie, and I am not backing down.” “Sen. Warnock is another example of someone who will say or do anything to keep this seat. However, I won’t back down.

Meanwhile, leading Republicans have grouped together behind Walker. Sens. Tom Cotton of Arkansas and Rick Scott of Florida, the party’s chairman for the Senate campaign, traveled to Georgia to campaign with Walker during the height of the controversy.

Rihanna Will Release New Music On The Soundtrack For “Wakanda Forever.”