Tor Vs VPN: A Rundown On The Best Option For Private Browsing 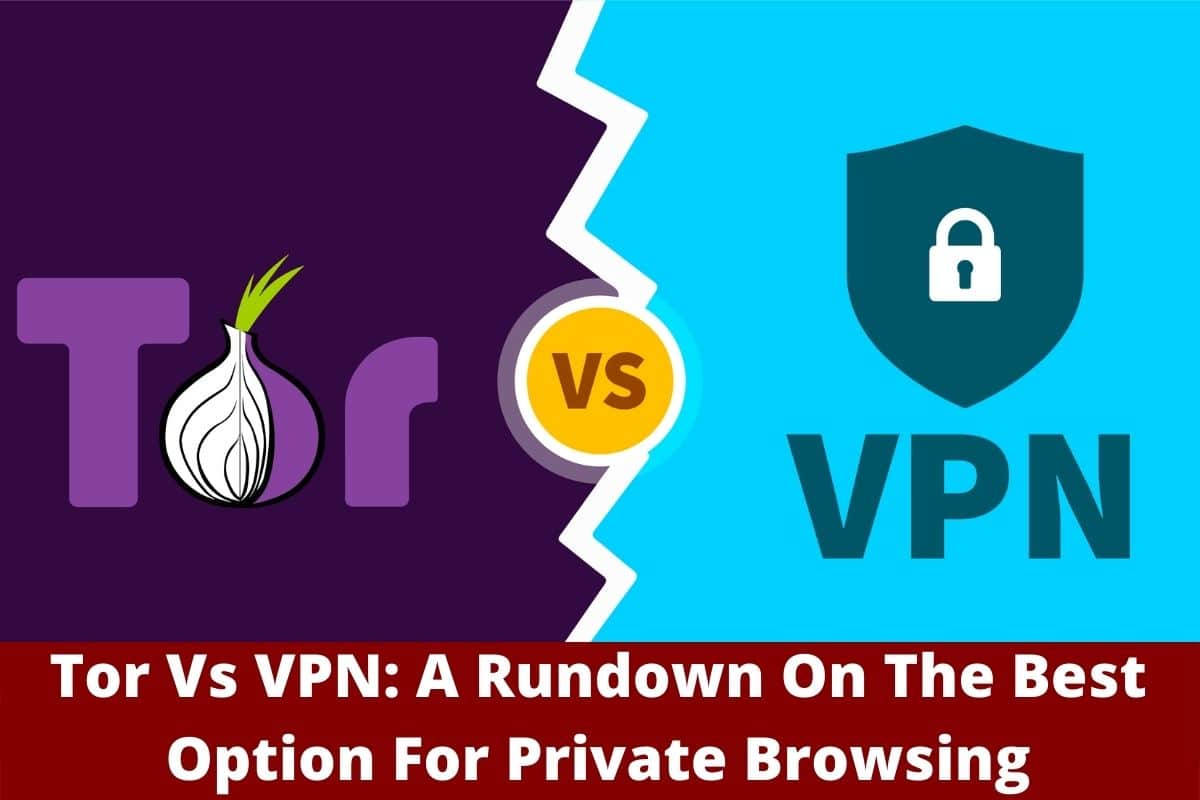 There are a few various options for anonymous surfing. Tor, a VPN service, or even a proxy server can be used to hide your identity online. But which is best and how are they different?

In this blog post, we’ll talk about the differences between Tor and VPN services so you can determine which one is best for you.

Tor is free, open-source software that allows you to browse the internet anonymously.

The title is an acronym for “the onion router”. It’s called that since the Tor browser’s network is built of layers upon layers of independent volunteer nodes.

When you connect to a site using Tor, your traffic is bounced around the world between nodes and each one adds an additional layer of encryption and obfuscation. Like ogres and onions, Tor has layers.

Essentially, all the data leaving the Tor browser is wrapped up in multi-layered encryption. It’s sent through a network of randomly selected relay servers. Each of them only knows their small portion of the journey and not the entire entry to exit transfer. Unless an attacker controls all the Tor nodes they can’t trace your browsing back to you.

What Is A VPN?

A VPN, or Virtual Private Network, encrypts all of your traffic and routes it through the VPN server.

Rerouting it to look like your computer -> ISP -> VPN -> destination server.

Nothing on the left knows anything about what’s on the right and vice versa. This makes it difficult for anyone to track your activity or see what websites you’re visiting. A VPN can also help you bypass firewalls and access blocked content.

Which Is Best: VPN Or Tor?

Unless you completely cut off internet access, you won’t achieve perfect security or anonymity. As a result, everything is rated in terms of strength.

If you’re a journalist spilling state secrets about your government and you need the highest level of security and anonymity, then Tor is the way to go.

However, Tor is frustratingly slow for everyday use. Sending your traffic to nodes spread out around the world unsurprisingly slows your internet connection.

Each node in the Tor network encrypts your data again which slows it down further. Nodes can be congested. It’s a volunteer-run network and no one is promising anything.

A VPN Is Faster

A VPN is a commercial service. To justify costing money it needs to guarantee a level of availability and ensure there are sufficient computational resources to not affect your connection.

It’s also easier for a VPN to be fast. Your data is encrypted and routed through a single server, so it doesn’t have to jump through as many hoops to reach its destination.

Tor Is Blocked By Banks, Exchanges, And Other Services

The IP addresses of all Tor nodes are freely available on the internet. This makes it simple for sites to blacklist those IP addresses and prevent you from accessing them via Tor.

With Tor, you could find yourself achieving the exact opposite of your goal, restricting the sites that you can visit.

You’ll have to demonstrate that you’re not a robot on a regular basis when using Tor, and if you’re using it for online banking there’s a danger your account will be frozen until you log into your emails to receive a code. That is also reasonable. Criminals utilize Tor. Let’s not gloss over the fact that fraud would only get worse if Tor users weren’t treated with suspicion.

Because your traffic is routed through a single server via a VPN, it’s much more difficult for sites to block you and they are less likely to think you’re up to no good.

Some ISPs limit Tor access or simply block it. In developing countries, the worst of the bunch record Tor usage and inform law enforcement. As a result, some individuals will use Tor and a VPN at the same time.

Your ISP won’t know you’re using the Tor network with a VPN because your internet traffic will travel through the VPN server before reaching the first Tor node.

A major advantage that Tor has over VPNs is that Tor is free. There are free VPNs too, but don’t use them unless you like the idea of all your browsing habits tracked, profiled, and sold to advertisers.

All Internet Traffic Travels Through A VPN

All of your traffic is routed through a VPN’s server when you use one. That means that any time you’re using the internet, whether it be to browse the web, check email, or watch a movie in an app, your data is flowing via the VPN’s server.

Tor, on the other hand, is a browser-based service. It’s accessible through the Tor Browser. That means that only your web browser’s traffic is sent via the Tor network. If you’re not using your web browser, your traffic will not be routed via Tor.

Let’s Wrap This Up

Tor and virtual private networks (VPNs) are both useful instruments for preserving your online privacy. They each, however, have their own set of benefits and drawbacks. If you want the highest degree of security and anonymity, Tor is the route to go. However, it may be sluggish and difficult to use, especially if you aren’t tech-savvy. A VPN is faster, easier to use, and less likely to be blocked or associated with criminal behavior. If you’re looking to download VPN, try this one.

The Best Online Gambling Sites to Bet on eSport