Strange World Release Date: Everything You Need to Know! 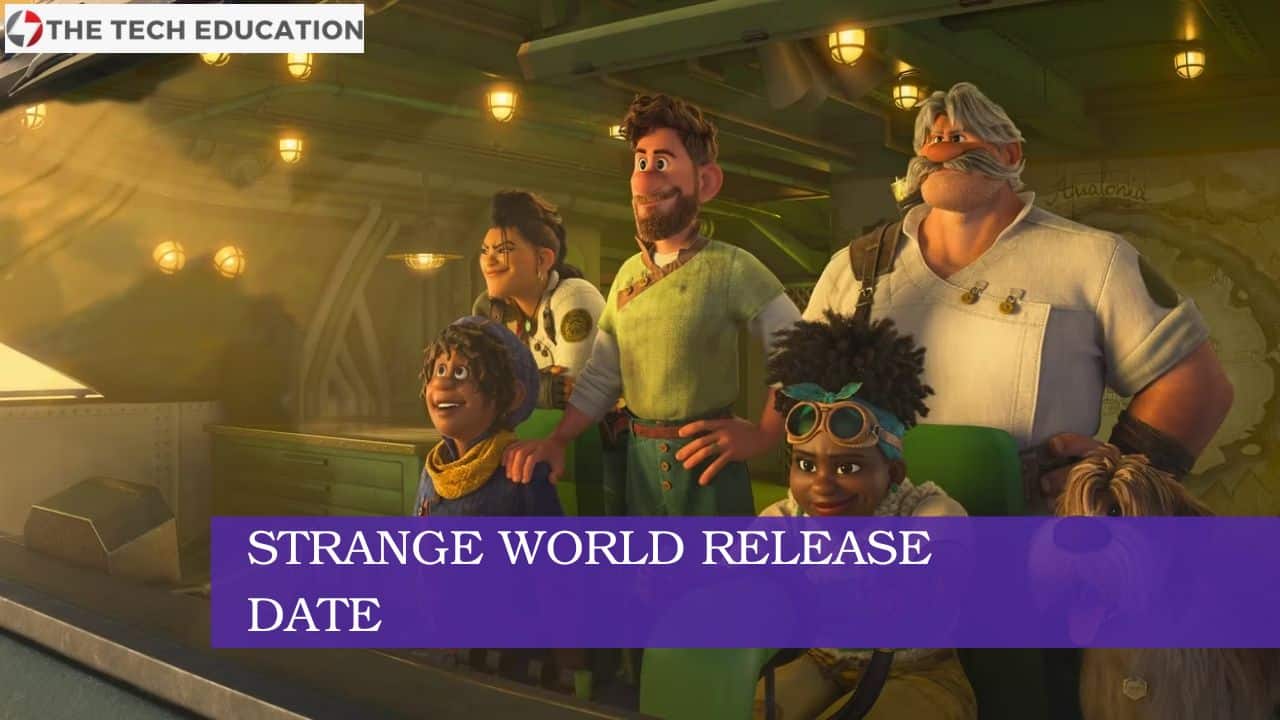 It is the company’s 61st animated feature film. Jake Gyllenhaal, Jaboukie Young-White, Gabriel Union, Lucy Liu, and Dennis Quaid play The Clades, a renowned family of explorers on a mission to an uncharted planet teeming with unusual lifeforms.

This year, Disney is ready to stake its claim on Thanksgiving weekend once more, as it has in the past with megahits like Frozen and Pixar’s Coco. On Wednesday, November 23, 2022, Disney’s Strange World will be released exclusively in theaters.

Strange World, unlike Pixar Soul and Turning Red, will not be available on Disney+ on November 23rd. That’s not to say a move to Disney+ is out of the question, given that Turning Red was previously advertised as a theatrical release before becoming a Disney+ exclusive. Whatever the case, let’s hope we get to see this “weird” new adventure on the big screen.

Strange World revolves around the Searcher Clade, a member of the Clade family whose legendary exploits cement them as the greatest explorers of all time.

Searcher, on the other hand, does not appear to be interested in following in his family’s footsteps, preferring to live a quiet life as a farmer over the overwhelmingly loud, unpredictable, and dangerous life of an adventurer. That could all change for Searcher when he and his family come across a world that defies explanation and practically refuses to follow nature’s basic established laws.

Searcher and the rest of his family’s reactions to conflict and danger couldn’t be more dissimilar, but if they want to truly discover what this brand-new frontier has to offer, they’ll have to set aside their arbitrary family drama.

According to Disney’s official synopsis:

The original action-adventure journeys deep into an uncharted and treacherous land where fantastical creatures await the legendary Clades, a family of explorers whose differences threaten to topple their latest—and by far—most crucial mission, which will be released this November.

Searcher Clade will be voiced by Spider-Man: Far From Home’s Jake Gyllenhaal, whose renowned acting range will undoubtedly add depth to our main hero. It’s also been confirmed that Alan Tudyk will appear in the film, continuing his streak of appearing in every Walt Disney Animation film that began with Wreck-It Ralph.

Why was Stranger Things made?

Strange World’s thematic tone was inspired by pulp comics from the early twentieth century, according to director Don Hall. He revealed that these comics influenced him as a child when he was quoted as saying:

“I loved reading the old issues of pulps growing up. They were big adventures in which a group of explorers might discover a hidden world or ancient creatures. They’ve been a huge inspiration for ‘Strange World’.”

That influence is palpable in the first trailer, which begins with a black-and-white newsreel and is immediately followed by a classic narration complete with a glorious transatlantic accent. Even the film’s poster, which appears to be designed to look like a worn, folded parchment, seems to hint at the pulpy adventure feel.

It’s also difficult to think of other Disney properties that have taken cues from this tone and style, most notably Pixar’s iconic tearjerker, Up. Carl Fredricksen, the main character of Up, begins the film by watching a newsreel about the exploits of outspoken adventurer Charles Muntz (although hopefully, the Clades will be a bit more of a likable bunch than Muntz wound up being).

Another Disney film that comes to mind is the cult-classic epic Atlantis: The Lost Empire, which also follows a diverse and likable cast of characters as they travel to locations that have largely been untouched by the outside world. Even Marvel’s Moon Knight took a brief cue from this pulp subgenre, linking Stephen Grant’s origin to a fictional action-adventure series.

Where To Watch Stranger World

So we can watch Strange World online on Disney Plus Hotstar. This Cartoon & Animation Motive is very appealing. You can also watch this film with your friends and family.

Will strange world be CGI?

Since Raya and the Last Dragon, this will be the first film in the Disney Animated Canon to be produced in a 2:39:1 aspect ratio.

What Is a Data Protection Officer?