Park Ji Hoon sat down to talk about his most recent mission, which was called “Weak Hero Class 1.”

“Weak Hero Class 1” is an action school drama based on the popular webtoon of the same name. Park Ji Hoon plays Yeon Si Eun, a model student who does well in school but is physically weak. This makes him an easy target for bullies who are jealous of his good grades. Yeon Si Eun looks weak on the outside, but he ends up using his mind to win his fights against the violence that happens both inside and outside of school.

The drama has gotten a lot of good reviews because of how well Park Ji Hoon brought the character of Yeon Si Eun to life with his careful and interesting acting.

“I never would have thought that people would respond so well,” the actor says. “My heart is so full, and it makes me feel so honored to see how happy people are.” He talks about how his picture used to be very cute and innocent. He and the audience both wonder how he was able to make such a big change for “Weak Hero Class 1.”

He talks about how he did a lot of research and studying to play Yeon Si Eun convincingly. He talks about how he worked hard to lose weight and change his posture so that he would look small and meek. But Park Ji Hoon’s looks are only one part of who he is as a person.

The actor also had trouble bringing back the feelings Yeon Si Eun went through and showing them on stage.

“I thought that Yeon Si Eun’s loneliness was similar to how I felt when I stopped doing things with Wanna One and had to do everything on my own,” he says.

He then talks in more detail about one of the scenes he thinks is the most important: when Yeon Si Eun hits himself on the cheek. “When I hit my cheek in the scene, I even hit myself while reading the script. I thought it was that important of a scene.

I thought it was the first scene that showed how mean Si Eun could be.” He goes on to say that it was a one-take shot and that Park Ji Hoon didn’t let any mistakes happen because he was so committed to his role that he didn’t care about keeping his face. “In reality, my face was a little swollen the next day, so I put a lot of ice on it.” 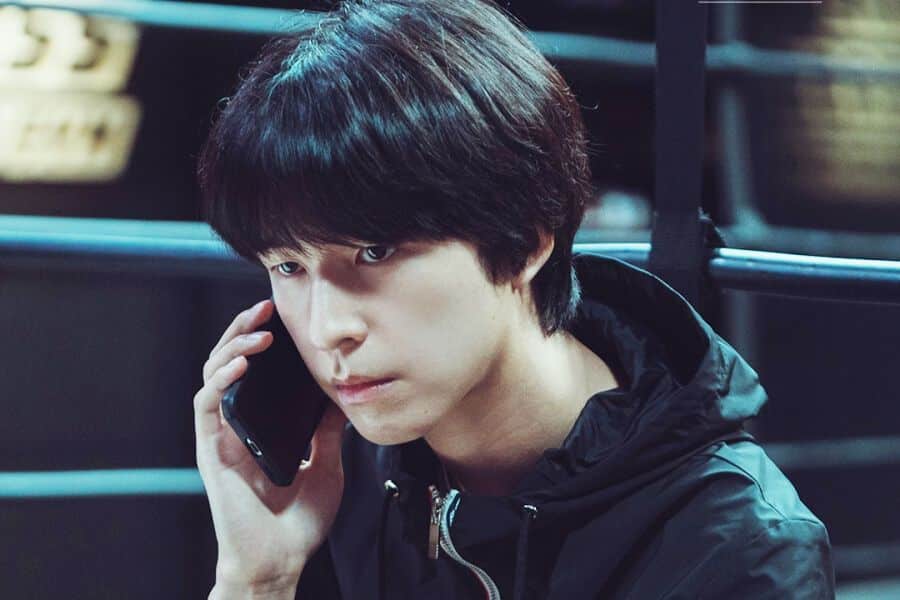 Park Ji Hoon shows how much he cared about making Yeon Si Eun come to life on stage by explaining the small details of the opposite scenes. Yeon Si Eun laughs for the first time in a hospital scene, and Park Ji Hoon talks about how he paid close attention to how he laughed, trying to find a balance between too much and too little.

Park Ji Hoon was also quick to praise his co-stars Choi Hyun Wook and Hong Kyung, saying, “Honestly, I think Yeon Si Eun is a pretty detailed character with a set framework, so there are limits to what can be said. Su Ho (Choi Hyun Wook) and Beom Seok worked the hardest, I think.”

He had a lot of respect for Choi Hyun Wook and told me, “He is very talented, and I can learn a lot from him.” He says this about Hong Kyung: “As I watched him, I thought to myself, ‘I need to act like that.'” He goes on to say that Hong Kyung’s style of performing looks like it’s about to cross the street but doesn’t.

“I still need to work on a lot of things, and I think I picked up a lot from watching these two,” he says. “We got close a little late, and I’m not sure why we didn’t get close sooner. Now that we know each other better, the three of us go well together,” he says. 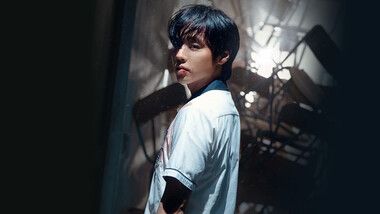 Park Ji Hoon says that “Weak Hero Class 1” was a turning point in his career as an actor. “It’s pretty interesting to be an actor,” he says. “I haven’t filmed much yet, but as I learn more about the characters in each project, I learn a lot. So every time is a different adventure.”

Obviously, he also learned a lot while working on “Weak Hero Class 1.” “I didn’t want to show a cutesy image. Instead, I wanted to show a charm that was both mature and bad. I’m grateful to those who liked the drama because there were times when I really wanted people to notice how hard I worked.