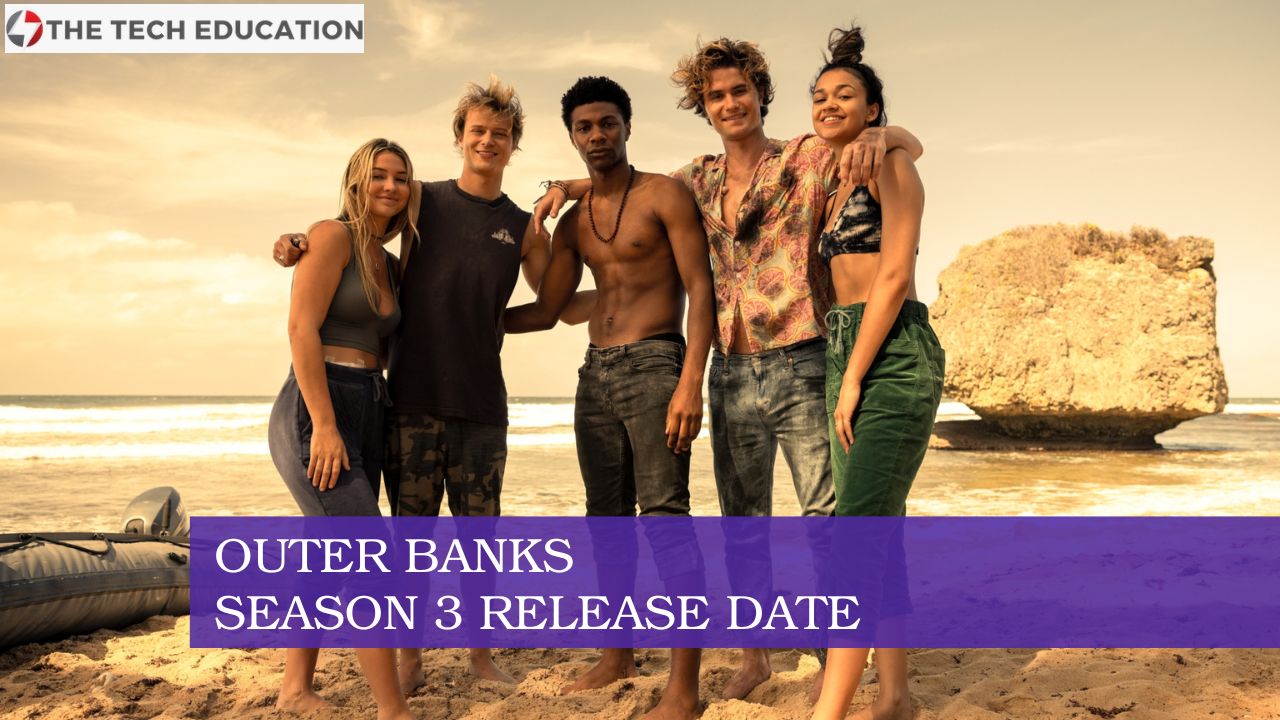 When will Season 3 of “Outer Banks” premiere on Netflix? Season 2 of the critically acclaimed Netflix drama concluded with a huge reveal last year. John B’s (Chase Stokes) dad, Big John (Charles Halford), is still alive and well after being presumed dead since the pilot episode. Season 3 of Outer Banks will feature a father-and-son reunion, and we can’t wait to see our favorite Pogues again.

The Pogues, a gang of teenagers living in the Outer Banks of North Carolina, are the “bottom of the food chain,” as John B. puts it. John B. and his buddies set off on an adventure to discover what happened to his father, but their search quickly turns into a dangerous treasure hunt when they encounter the rival Kooks.

The first episode of Outer Banks premiered on April 20, 2020, while season 2 broadcasted on July 30, 2021. What follows is the current state of knowledge regarding Outer Banks Season 3.

When is the Outer Banks season 3 Netflix release date?

Even though there were rumors of a confirmed release date of December 2022, (this is not confirmed).

However, we may start to speculate when the next season will land because of the production schedules of the previous seasons.

While the second season of Outer Banks wasn’t released until the end of July 2021, filming took place between August 2020 and April 2021. There is a probability that we will see season 3 on Netflix in December 2022 if a similar timetable is followed and there are no delays or complications with the filming schedule. The first and second quarter of 2023 is the bare minimum for a return to normalcy for the Outer Banks.

Actress Elizabeth Mitchell, who plays the manipulative Carla Limbrey on the show, recently gave a preview of what’s to store for her character in an interview with Metacritic. “I do get to hang out with Big John (Charles Halford) quite a bit, which is lovely because he’s terrific,”   Mitchell said. At the end of Outer Banks Season 2, Big John promised Limbrey he would help her find the shroud if she helped his son John B. “I don’t know if you’d call it ‘teaming up,’ but they are indeed together a great deal of the time, especially in the first part.” Of course, Due to the murder of her half-brother in Season 2, Limbrey has established herself as a person who should not be trusted. “I don’t know that Limbrey is really a team player, let’s just say that,” Mitchell said.

Pictures marking the start of filming Season 3 of Outer Banks were uploaded to the show’s official account on February 28.

What Happened in Outer Banks Season 2?

Similar to Season 1, Outer Banks Season 2 concluded with the Pogues experiencing a close call with death. The second season of the Netflix series focused a lot of attention on John B., Sarah, JJ, Kiara, and Pope as they searched for and tried to recover the stolen Cross of Santo Domingo. In the season finale, the crew sneaked onto the Coastal Venture and made an effort to seize the cross. After a wild shootout, they were defeated and fled on a lifeboat. The Pogues celebrated being together and in safety – for the time being — even though they once again went empty-handed.

On June 23, Netflix made cast additions for the upcoming season official. Carlos Singh, who is portrayed by Andy McQueen, is a “ruthless Caribbean Don on his own treasure quest.” Lou Ferrigno Jr., who plays Singh’s chief security officer, will appear alongside McQueen. Additionally, Fiona Palomo will play Sofia in Season 3. According to Netflix, Sofia is “a self-identified Pogue who builds a close connection to Rafe.”

Madelyn Cline, Rudy Pankow, Madison Bailey, Jonathan Daviss, Austin North, Drew Starkey, and Charles Esten are all returning for Outer Banks Season 3 in addition to Chase Stokes. Carlacia Grant, who portrays Cleo, the newest member of the core group of Pogues friends, has reportedly been promoted to series regular, according to Deadline.

There are two sides to the Outer Banks. There is the Kooks side, which represents the upper class, and the Pogues tribe, which represents the working class. The Kooks’ vast resources allow them to overcome any obstacle, whereas the Pogues’ problem stems from their own prosperity. As they are not from the wealthier side of Outer Bank, they had to confront tons of hurdles.

Throughout their lives, John, Pope, and Kiara have had to face adversity. They did not give up on Topper and Rafe after they knocked Pope out cold. However, justice was served when Pope sunk Topper’s ship in vengeance, and the teen was taken to a reform school.

Similarly, Ki and Sarah, who live on the working class side, come from a privileged background. Though Sarah is called the ‘blonde princess’ she discarded her rich side and joined the Pogues.

Even though Sarah was committed to Topper at the beginning of the novel, she ends up dating John B. It was this meeting that led to her realizations about herself and her subsequent love for John. A pogue’s life was far less difficult than a wealthy Kook’s, and she came to terms with that. The huge fortune was not what really mattered to her but a calm life.

As John and his friends investigate the mystery of his father’s absence, the story takes an unexpected turn at a time when tensions between the Kooks and the Pogues were rising. As time goes on, he finds that he isn’t the only one looking for his father and the 400 million dollars in treasure, turning the search for him into a treasure hunt.

The plot forcefully shows a son’s yearning to find the truth behind his father’s abduction and the twists and turns that follow.

Where To Watch Outer Bank

Winnie The Pooh Blood And Honey Official Trailer Release: Everything You Need To Know Is Here