The shooting for Murder Mystery 2 is over, but we still don’t know when the sequel will come out. The first movie, which starred Adam Sandler and Jennifer Aniston, was a surprise hit for Netflix in 2019. In October 2019, it was announced that the same two stars would be back for the sequel.

Behind the scenes, Jeremy Garelick has been in charge of making the movie, and James Vanderbilt, who wrote the first movie, has been in charge of writing it. The last scene was shot in April 2022, so now we have to wait. Here’s everything you need to know about Murder Mystery 2 while we wait.

When Does Murder Mystery 2 Come Out? When Will It Be On Netflix?

As was said above, Netflix hasn’t said when Murder Mystery 2 will come out, but it’s probably safe to say it won’t be in 2022. From February to April 2022, the sequel was filmed, so unless there are reshoots, we think it’s ready to go. The rest of Netflix’s schedule for this year is set, so unless they’re keeping it a secret, we’ll have to wait until 2023.

Who is back in Murder Mystery 2? 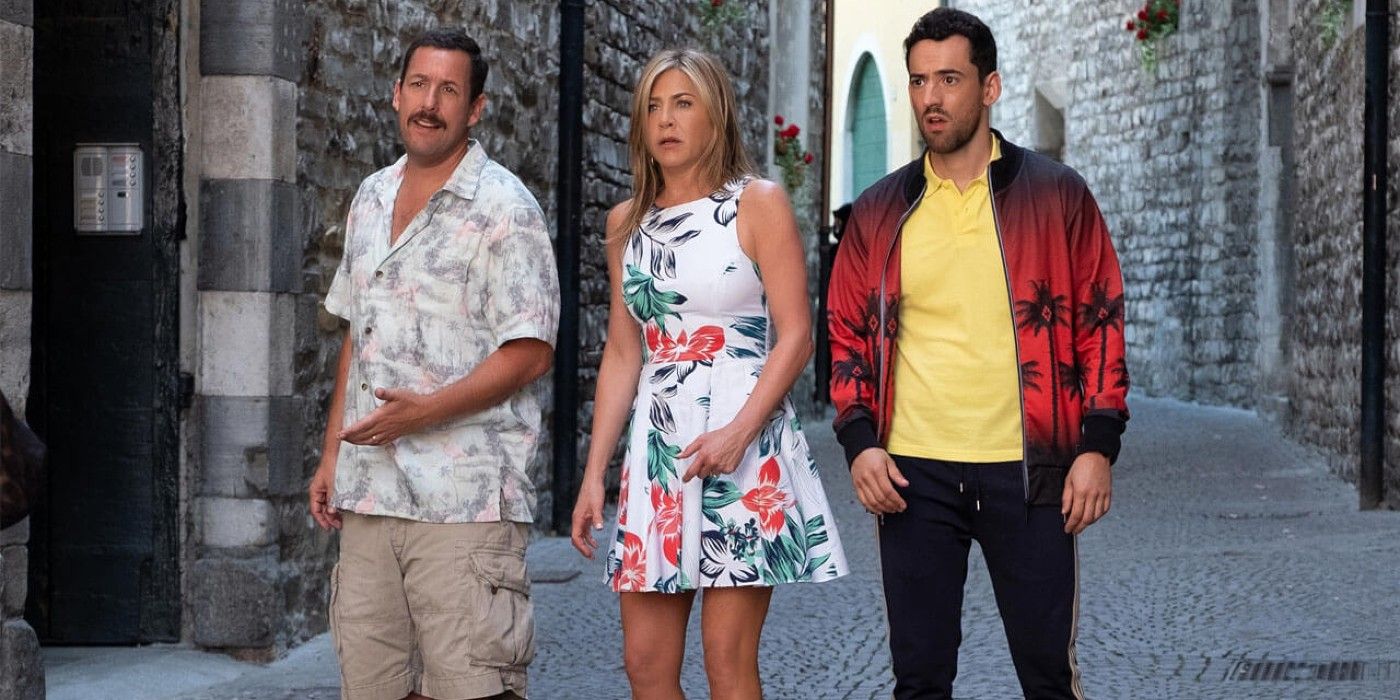 Adam Sandler and Jennifer Aniston are playing Nick and Audrey, a married couple who seem to be doing pretty well. Nick is a police officer in New York City, and Audrey is a hairdresser who likes murder-mystery books. There are also some familiar faces coming back. Adeel Akhtar will play The Maharajah again, and John Kani, who played Black Panther, will play Colonel Ulenga.

What will the story of Murder Mystery 2 be about?

We don’t know much about the plot, so all we can do is look at what happened in the first movie. In the first movie, Nick and Audrey went on a trip to Europe. While they were there, they were accused of killing a billionaire. We still don’t know if we’ll see them framed again or not.

Nick and Audrey were both found not guilty at the end of Murder Mystery. Their marriage stayed together despite Nick’s lying and generally being a deadbeat, and Interpol gave them a trip on the famous Orient Express. We don’t think the movie will take place on the famous train, partly because the sequel was filmed in Hawaii and Paris and partly because it’s been a long time since the first movie. But when it comes to movie magic, you can never say “never,” so we might see the couple again on the murder train.

Even though filming for Murder Mystery 2 is over, we still don’t have any footage from the second movie. Most of Netflix’s movie trailers don’t come out until right before the movie comes out, so if we’re right about June 2023, we might have to wait a while longer. Murder Mystery is now on Netflix for you to watch.

You should mark this page as a bookmark so that you can check for updates at a later time. You can read the whole story by going to the URL that has been given. If you want the most up-to-date information, go to www.thetecheducation.com.