In summer 2021, fans of “Good Omens” were confused when the popular Amazon Prime version of Neil Gaiman and Terry Pratchett’s story about an angel and a demon teaming up to avert the apocalypse was renewed for a second season. Given that the series spanned the length of the book’s tale, this confusion was understandable.

Gaiman disclosed, however, that he and his late collaborator had begun work on a sequel prior to Pratchett’s death. Season 2 was off to a flying start with Gaiman on board and the enigmatic combination of David Tennant and Michael Sheen reprising their roles as Crowley and Aziraphale.

By November 2021, filming had begun in Scotland, with a number of familiar personalities returning from both behind and in front of the camera. Now, it appears as though the cast and crew have completed their work on the upcoming six-episode season.

Amazon’s Series “Good Omens Season 2” Will be Back in 2022: Begins Production in Scotland

The Amazon Original Series “Good Omens 2” begins filming in Scotland, reuniting its cast. Many of the important cast members from the previous season return for season two, with some reprising their roles and others portraying new characters, to support Sheen and Tennant.

LONDON and CULVER CITY, CA – November 2, 2021 – The second season of the Amazon Original series Good Omens has commenced production in Scotland, starring award-winning actors Michael Sheen (Quiz, Staged) and David Tennant (Des, Staged), who reprise their roles as the angel Aziraphale and demon Crowley. Many of the important cast members from the first season return for Season Two, with some reprising their roles and others portraying new characters, to support Sheen and Tennant. Good Omens will be available exclusively on Prime Video in over 240 countries and territories worldwide; a release date will be announced later.

The new season will explore storylines that go beyond the original source material to illuminate the uncanny friendship between Aziraphale, a fussy angel and rare book dealer, and the fast-living demon Crowley, which was originally based on Terry Pratchett and Neil Gaiman’s internationally best-selling novel. Aziraphale and Crowley have been on Earth since The Beginning, and with the Apocalypse averted, they are settling back into normal life among humans in London’s Soho when an unexpected messenger poses a fascinating conundrum.

While the release date for Good Omens season 2 is unknown at the moment, fans can anticipate the wonderful show to stream on Amazon Prime Video in the near future. Neil Gaiman, who co-wrote the book with Terry Pratchett and served as a producer for season 1, confirmed the show’s return to Amazon’s streaming service via a tweet. Season 2 of Good Omens will begin filming in August 2021 in Scotland. And on Mid, 2022, it came to an end!

With this information in hand, we can begin to construct a possible timeframe for the release of Good Omens season 2. Considering all of the information, it appears as though viewers might anticipate the series to premiere in 2022 or early 2023.

What glorious (and dangerous) trouble will our favorite angel and demon find themselves in this time? 😇😈 Good news! #GoodOmens is returning for Season 2 on @PrimeVideo. pic.twitter.com/cFJQMo0Vkj

Good Omens Season 2 plot: What is Going to Happen in the Next Season?

Gaiman told RadioTimes.com in 2017 that his planned sequel with Pratchett will be “about the origins of angels,” and that the other angels in season one – notably Jon Hamm’s Gabriel – would be derived from those plans. Season two, it appears, will be an origin narrative — with Gaiman revealing on his website that “our story actually begins about five minutes before anyone said ‘Let there be Light’.”

Gaiman also promised readers “the answers [they] have been looking for” and hinted at some narrative details: “We are back in Soho, and all throughout time and space, unravelling a mystery that begins with an angel wandering through Soho with no memory.” 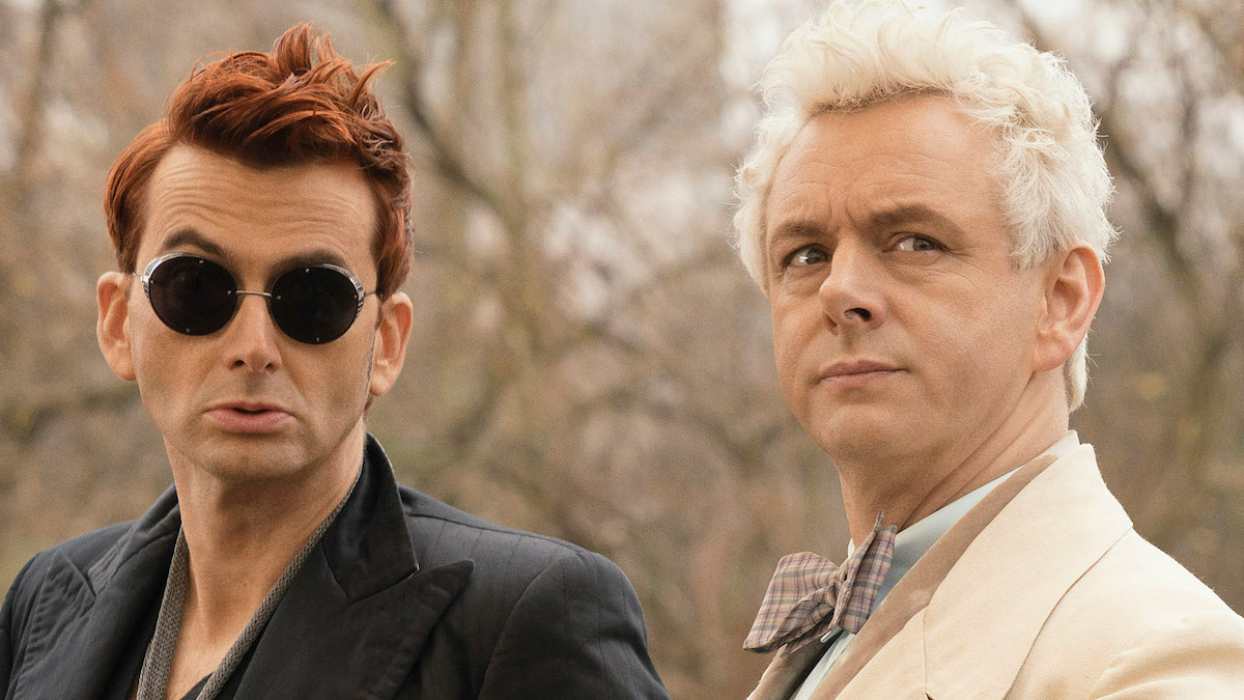 Since season one, fans have hypothesized that Crowley and Aziraphale could develop a romantic relationship — a concept that Gaiman appears to be amenable to.

Good Omens Season 2 Casts: Who is in?

Michael Sheen will reprise his role as Aziraphale, the finicky yet gentle angel, and rare book salesman. David Tennant will resume his role as Crowley, the demon who is brazen and haughty (but secretly compassionate).

Returning cast, some who are featured in new roles for Season Two include:

Other confirmed returnees include Jon Hamm as Gabriel, Doon Mackichan as Michael, Maggie Service as Sister Theresa Garrulous, Gloria Obianyo as Uriel, Miranda Richardson as Madame Tracy, and Nina Sosanya as Mary Hodges, Mark Gatiss as Mr. Harmony, and the great Derek Jacobi as Metatron. Regrettably, it appears as though Benedict Cumberbatch and Francis McDormand will not return to the series. They gave Satan’s and God’s voices, respectively, resulting in some pretty epic voice-overs. 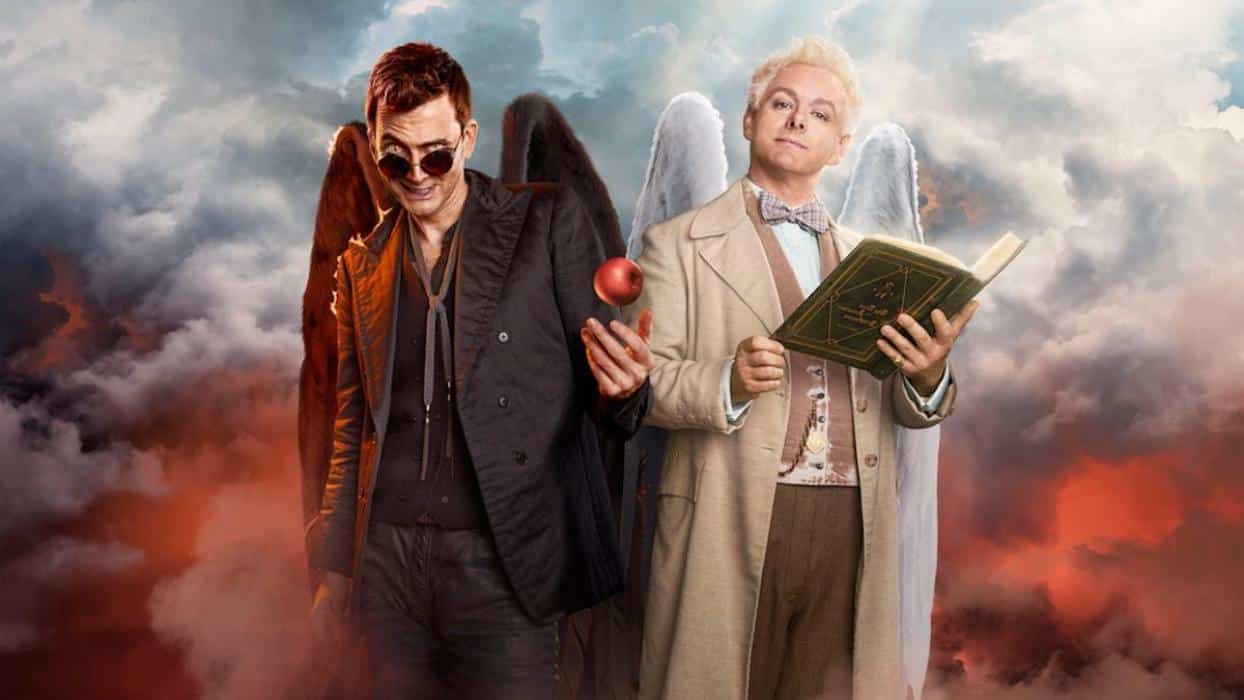 Season 2 will also debut two new angels: Liz Carr as Saraquael and Quelin Sepulveda as Muriel. According to Newsweek, the cast has been significantly expanded:

Update on the Trailer for the second season of Good Omens:

While there is no official trailer for season two yet, Below is the link to season 1’s trailer.