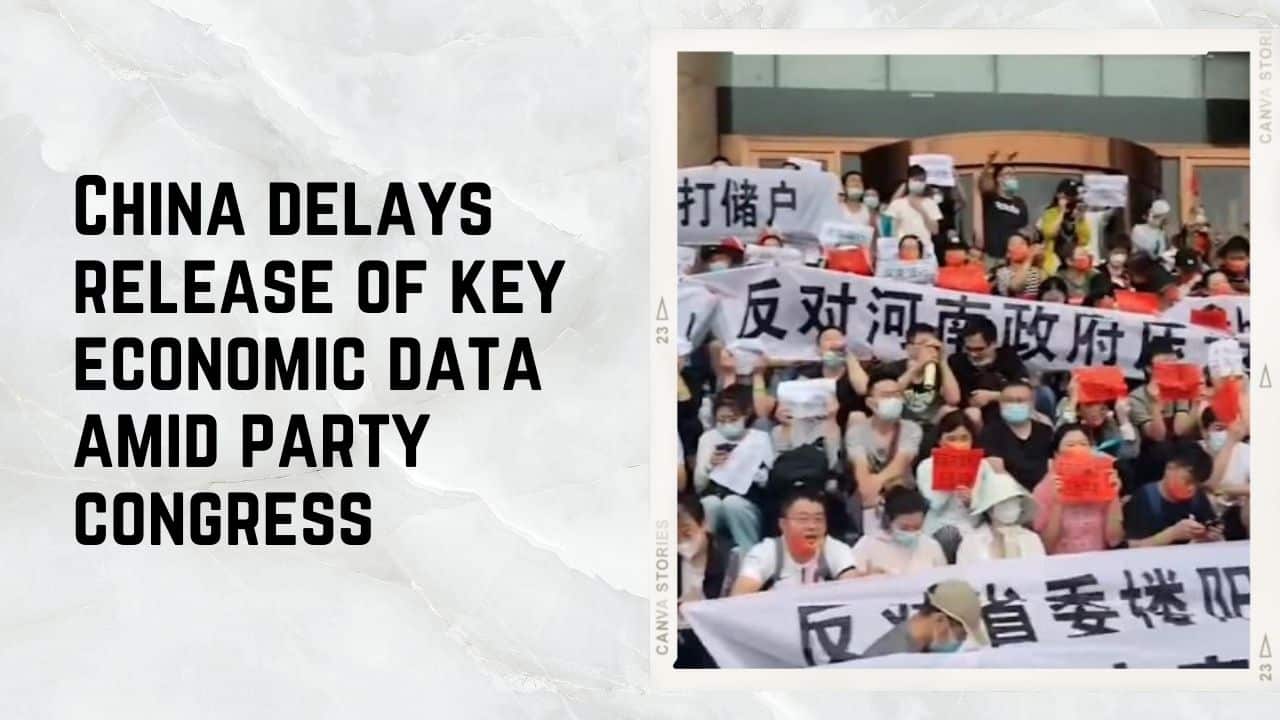 According to an updated calendar on the statistics bureau’s website, China has delayed the release of several economic indicators due this week, including its third-quarter gross domestic product.

During the weeklong congress of the ruling Communist Party, a twice-a-decade event in China that is especially sensitive at this time, the delay is highly unusual.

Third-quarter gross domestic product (GDP) data – originally scheduled for release at 10:00 a.m. (0200 GMT) on Tuesday – have been highly anticipated after the world’s second-largest economy grew just 0.4% in the second quarter.

A person answering the telephone in the media office at the National Bureau of Statistics (NBS) said the change was “due to adjustment to work arrangements” but gave no further details.

There has been no announcement of a rescheduled release date.

According to a Reuters poll, the economy expanded 3.4% in July-September as a host of government policies began to take effect.

“The delay in releasing economic data is not due to a poor economic recovery, but rather to the ongoing congress, as authorities want media and the public to focus on the key messages of the event,” said Bruce Pang, chief economist at Jones Lang Lasalle.

As most preliminary economic data pointed to a pick-up in recovery in the third quarter, the delay was unlikely to affect market sentiment.

The NBS website reports that a number of other figures, including industrial production, retail sales, and the urban unemployment rate, are also delayed for September.

Data on China’s home prices for September, which had been scheduled for publication on Wednesday, was also delayed.

On Friday, the General Administration of Customs was supposed to release September’s trade data, but it was released unexplainedly.

There was no release of trade data on Monday, and calls to the customs administration for comment went unanswered.

It is widely expected that President Xi Jinping will win a third term as president at the conclusion of this week’s congress.

As usual, third quarter GDP data was released at the last party congress in 2017.