Chilling Adventures of Sabrina Season 5 has been cancelled by Netflix! Why Didn’t It Happen? 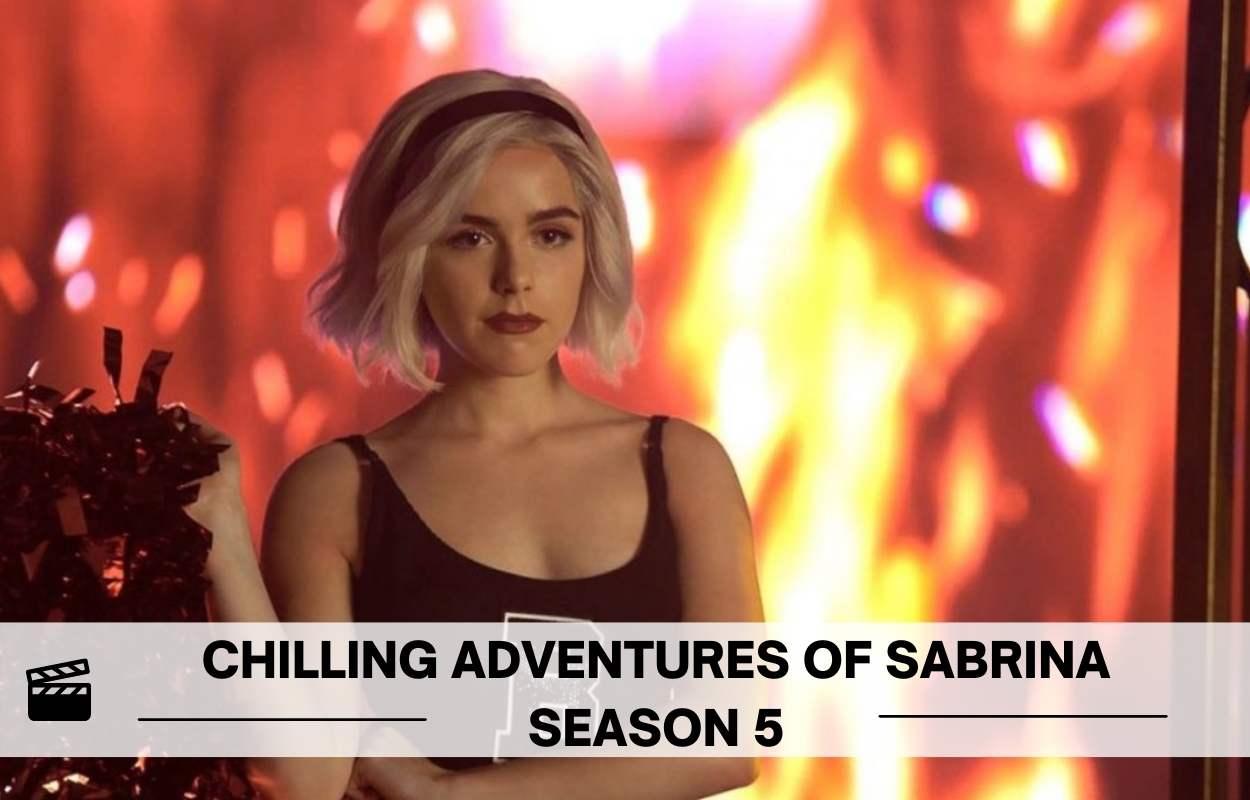 The fourth season of Chilling Adventures of Sabrina is now available on Netflix, and fans are already requesting a fifth.

People all over the world fell in love with the Greendale universe as soon as the first season of Chilling Adventures of Sabrina premiered on Netflix at the end of 2018. Whether it’s Sabrina’s crazy antics or her complicated love triangles, the show is always entertaining to watch. Season 4 is the show’s most exciting season yet. There are deaths, plot twists, and other surprises.

Fans hoping for a fifth season of “The Chilling Adventures of Sabrina” will have to say goodbye. The show will no longer be broadcast.

How long will it be before the next season of Chilling Adventures of Sabrina premieres on Netflix?

Back in July, Netflix confirmed the cancellation of the popular adolescent drama. “From Day One, working on Chilling Adventures of Sabrina has been a wonderful honor,” showrunner Roberto Aguirre-Sacasa said in a statement. “With Kiernan as the star of the show, the cast has been nothing short of fantastic,” he continued. “I’m overcome with gratitude.”

Due to the absence of Part 5, there will be no Chilling Adventures of Sabrina season 5 premiere date. Some viewers, on the other hand, hope that it will be picked up by another channel. Sabrina could return on a different network after Roberto referred to the season 4 finale on December 31 as the “last (for now) episode.”

“for now” if caos get picked up after all this crying i will lose it 😐 pic.twitter.com/gDGtziu0PK

The cancellation of shows has been attributed to a variety of factors, including low ratings and stars preferring to focus on other projects, but Netflix has yet to explain why Sabrina was canceled. Due to the coronavirus outbreak in 2020, Netflix canceled more shows than usual, and Sabrina was most likely one of them.

What If Sabrina Season 5 Never Happened?

Aguirre-Sacasa has given many hints on social media about what he has planned for season 5, but we will never know for sure because the show has been cancelled. In July, he tweeted, “#sabrinanetflix fans, thank you so much for all your support! Part Four is our best work to date, and “Witch War” in its final form would have been spectacular as well. “Continued in #CAOS comic book…”

Along with the tweet, he shared a poster titled “The Witches of Riverdale are Coming,” which featured the main characters from Riverdale and Sabrina. As a result, many people believe Riverdale and The CW’s The 100 would have co-starred in season 5.

Thank you for all the love, #sabrinanetflix fans. Part Four is our best yet and Part Five, “Witch War,” would’ve been AMAZING. To be continued in the pages of #CAOS comic book… 💔🔮☠️🍔👨🏻‍💻 pic.twitter.com/wNvTfxYNfX

Here is the trailer for the adventure of Sabrina season 4.

Angelina Pivarnick Divorce With Her Husband Chris Larangeira: Everything You Need To Know