The sequel to James Cameron’s Avatar has been a long time coming, but it appears as though we will finally get our hands on it by the end of this year. The sci-fi adventure briefly lost the title of ‘all-time highest-grossing film’ to Avengers: Endgame but reclaimed it last year following a special Chinese theater re-release.

Nonetheless, it has been argued that interest in this franchise has decreased over the course of its 13-year absence, particularly as Marvel Studios and other studios have altered the landscape of blockbuster cinema. However, the film’s creators appear sure that the gorgeous views of Pandora will entice moviegoers back, especially star Zoe Saldana, who has teased the film’s technological advancements and emotional weight.

“He was ultimately able to overcome that obstacle; the fact that you cannot realistically duplicate water using performance capture,” she began an interview with reporter Kevin McCarthy. “That was a personal challenge he had set for himself, and it took him years to complete. It’s strong, it’s enticing. I can’t stop myself from getting worked up just talking about it.”

Saldana continued: “I saw just 20 minutes of the second installment last year [2021], and I was flabbergasted. I burst into tears.” With such sentiments, it’s unsurprising that moviegoers are eager to see Avatar 2 footage for themselves, with current conjecture stating they will be able to do so in the near future.

According to The Ankle, Disney plans to premiere the first Avatar 2 trailer ahead of the highly anticipated Marvel film Doctor Strange in the Multiverse of Madness, which is scheduled for release in the United Kingdom in May.

Continue reading to learn more about what to anticipate from Avatar 2.

What will be the titles of the Avatar films?

BBC News earlier stated that it has “viewed material” revealing the following titles for the four sequels:

However, nothing has been confirmed officially as of yet, and even if the documentation is correct, the titles may change prior to publication.

Date of Avatar 2’s release: When is the theatrical release date for Avatar: The Way of Water?

Originally, James Cameron planned to release Avatar: The Way of Water in 2014. However, the addition of three further Avatar sequels plus the necessity of developing new technology to film underwater performance capture scenes resulted in significant delays to provide the crew more time to concentrate on the screenplay, pre-production, and visual effects.

After being delayed from December 2021 to December 16, 2022, Avatar: The Way of Water will eventually hit theaters on December 16, 2022. Aquaman 2 was originally scheduled for the same release date as Aquaman, however, Warner Bros. rescheduled it for March 17, 2023.

Just announced at CinemaCon, Avatar: The Way of Water only in theaters December 16, 2022 pic.twitter.com/1K4giX7nNj

Read More: The Handmaid’s Tale Season 5 Release Date, Cast And Everything We Know About Season 5

Steve Asbell, president of 20th Century Studios, was asked whether Avatar 2 would launch in theaters in 2022 during a March 3, 2022 interview with THR; he said, “Yes.” It most certainly will.”

He continued, stating that the film will “amaze people” and that spectators are “unprepared for what Jim [Cameron] is about to do.” Despite the fact that it has been nearly a decade since the original Avatar picture, Asbell is sure that the marketing department will be able to re-energize fans.

The most recent delay occurred as a result of the global pandemic, which delayed not only live-action filming in New Zealand but also “virtual production work” in Los Angeles, California. Cameron stated in September 2020 that Avatar 2 was “complete” and Avatar 3 was approximately 95% complete.

.@JimCameron recently sat down with @EW and shared a few exclusive photos from the #AvatarSequels. Check out the photos 😍 and read James Cameron's interview here:https://t.co/zdhrBvUKG5 pic.twitter.com/NyaNjWxPoY

Cameron is most likely talking about the live-action filming in New Zealand, not about the finished product. As with the first film, Avatar: The Way of Water requires extensive virtual production and visual effects, which likely explains why the release date was pushed to 2022.

Where to stream Avatar 2:

Disney has published a couple of films on Disney+ in the last two years after their minimum 45-day exclusive theater release window expired. While the studio has not yet committed to a streaming release date for Avatar: The Way of Water, it appears likely that it will have a 45-day theatrical run, which would put it on Disney+ in February 2023.

The plot and story of Avatar 2: What fans can expect from the sequel?

Cameron has been fairly guarded about the plot for the film thus far, despite telling all elsewhere. He said that humanity will reprise its role as enemies and that the film will focus more on Pandora’s waters and forests. The other moons of Polyphemus will be studied in subsequent installments.

Producer Jon Landau indicated that one of Avatar 2’s key themes will be family. “If you look at what Jim accomplishes in his films, you’ll notice that he writes in universal themes that transcend any particular genre,” he told Empire in December 2021.”This time, we’re going to take Jake and Neytiri and create the most universal theme possible around them.

Which is what family is. Jake is from the human world, whereas Neytiri is from the Na’vi. Thus, they resemble a current mixed-race couple raising children who may feel as if they don’t belong in either world.”

Additionally, he stated of the new character Spider, “Jake took him in, but Neytiri always considered him as one of the people responsible for destroying her home and murdering her father; so, you have all of these dynamics playing out.” We’ll keep you updated on Avatar 2 as new information becomes available, so bookmark this page if you’re a fan.

Who is the cast of Avatar 2?

Sam Worthington and Zoe Saldaa, who starred in the original film as Jake Sully and Neytiri, will reprise their roles in the sequel. Sigourney Weaver is also expected to appear in the next picture, despite contradictory statements from Cameron and Weaver.

Cameron originally stated that despite her death, Grace Augustine (Weaver) would return to the films, but in 2015, Weaver asserted that she would reprise her role as a new character. 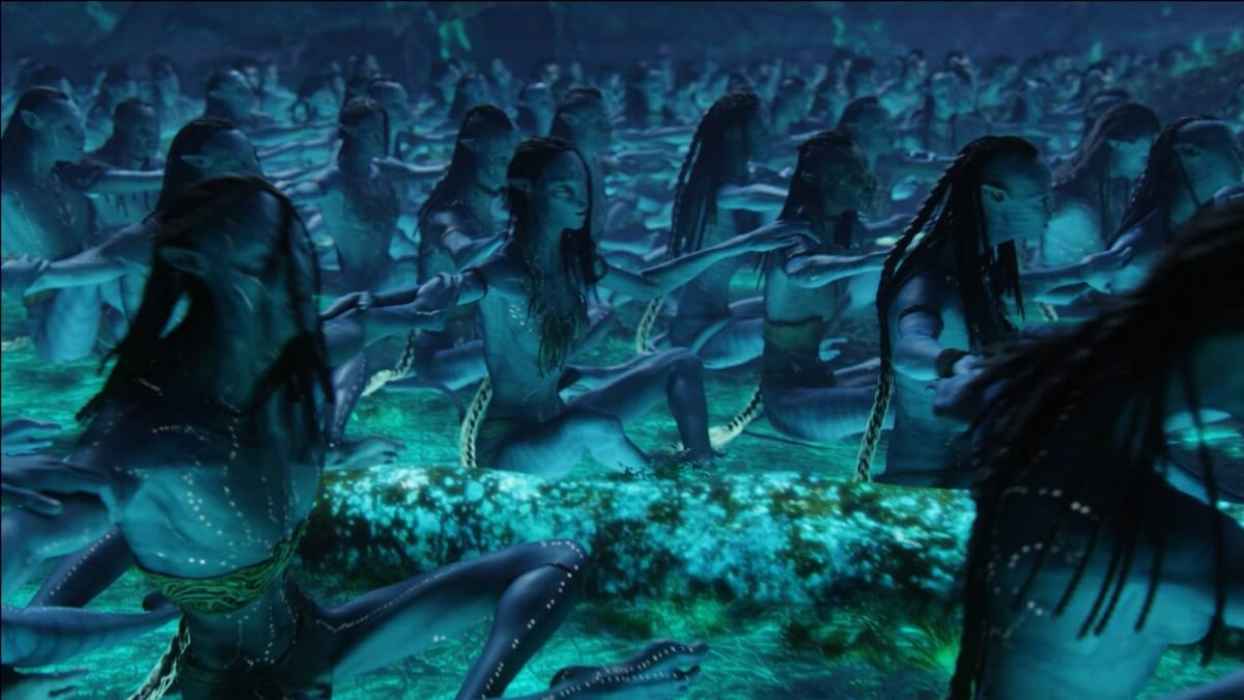 Cameron also announced that despite his character’s demise, Stephen Lang (Colonel Miles Quaritch) will appear in the film. It’s all quite perplexing, but then again, everything about this film is perplexing.

Here are a few of the names and their characters that have been confirmed so far:

When will the first official trailer for Avatar 2 be released?

A trailer was finally unveiled at CinemaCon in Las Vegas, where attendees were given 3D glasses to witness a short that included very little speech and immersed viewers in various locations of Pandora’s planet.

Additionally, the footage depicted the indigenous Na’vi tribe interacting with diverse wildlife such as whales and pelicans, some of which flew through the screen and into the faces of audience members because of the three-dimensional technology.

Producer Jon Landau tells Empire how he fits into the family story at the heart of the long-awaited sequel. Read more here: https://t.co/oh0fGB73O6 pic.twitter.com/qcFc2DYT08

Cameron appeared in a pre-recorded video to inform viewers that the sequel is “built for the largest screen and most immersive 3D available,” adding that he “set out to push the boundaries of what cinema can achieve.”

The trailer for Avatar: The Way Of Water is scheduled to premiere in theaters on May 6, 2022, ahead of Marvel’s Doctor Strange In The Multiverse Of Madness.

Apart from that, we’ve only seen a first look photo of a new character named Miles Socorro, aka Spider, who will be played by Jack Champion. He is Jake and Neytiri’s human child. He was born in Pandora’s military base and was too young to return to Earth; so, Jake and Neytiri nurtured him amid the bioluminescent jungle.

Why has it taken so long to create Avatar 2?

If you’re interested in the complete narrative of the sequel’s long and winding road to the screen, read on. In hindsight, it seems nearly ludicrous that Avatar 2 was scheduled to be released in December 2014 and Avatar 3 in December 2015.

After delays, filming on Avatar 2 was scheduled to begin in April 2016, but April came and went without filming commencing. The following January, it was stated that development on the film’s motion capture section would begin in August 2017, however, it actually began in September. 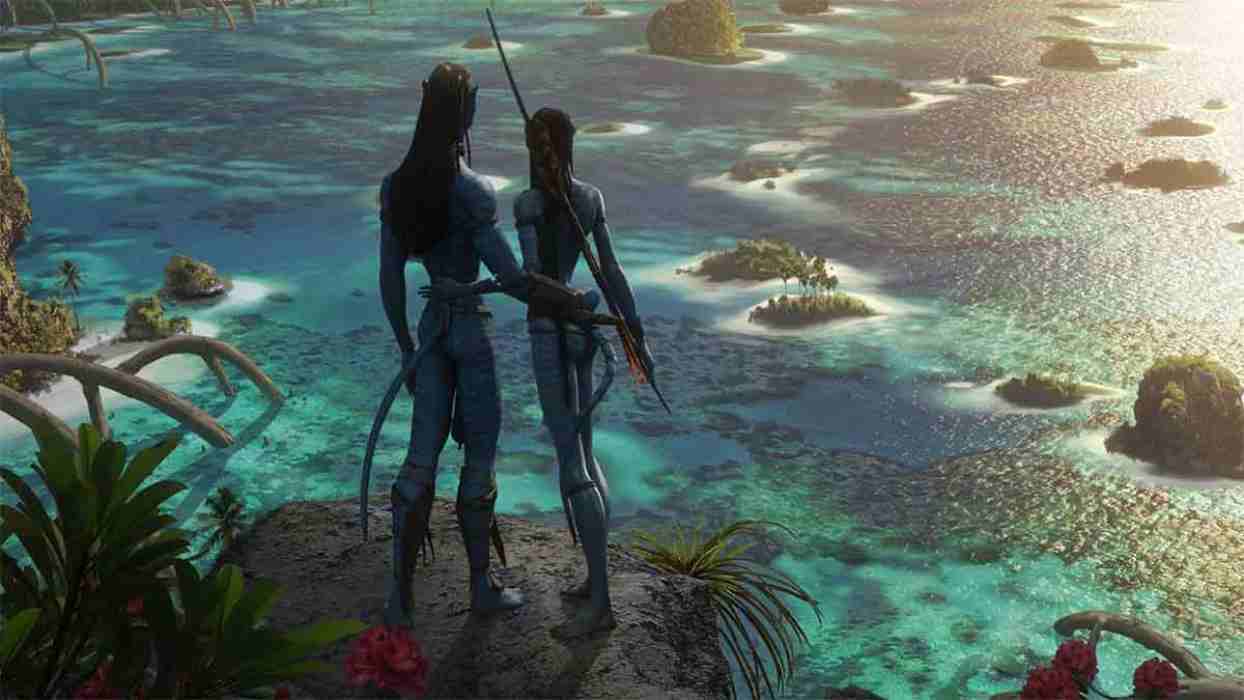 The news of a fourth Avatar film put the entire project delayed, and then again again, with Avatar 2 scheduled for December 2017. (and the rest are set for 2018 and 2019 presumably). James Cameron attributed the delays to the “extensive” writing process.

Then, in January 2017, Avatar 2 was again postponed, ostensibly due to fear following the May 2017 release of Star Wars: The Last Jedi. The sequel was originally scheduled for release in December 2020, but Disney pushed it back to December 2021 following the completion of its acquisition of Fox, which brings us right up to the newest delay.

Cameron, on the other hand, has remained entirely unconcerned about any delays. “There was a seven-year gap between Terminator: The Sarah Connor Chronicles and Terminator 2: Judgment Day, and a seven-year break between Alien and Aliens,” he explained.