Dodi Fayed was Princess Diana’s then-partner at the time of her death in the infamous car crash in Paris. However, Diana’s previous boyfriend did not believe she should associate with Fayed. He even cautioned Diana about what might occur in the future.

When Diana and Prince Charles broke up, she started dating a heart surgeon named Hasnat Khan. Khan was the love of her life, said people who knew her, like her butler Paul Burrell.

In 1995, when he was treating the husband of her healer, Oonagh Shanley-Toffolo, the two of them met. Diana liked him right away and was said to have “squealed like a schoolgirl” when she saw him.

When Diana and Khan were together, they were very private because Khan didn’t want to be in the news. They had never been in a public photo together before.

Khan is a practising Pakistani Muslim, and Diana did her best to understand and respect his culture. She even went to the country where he grew up and met his parents.

In the summer of 1997, though, they broke up. Khan’s father told the Daily Mail that Khan said he and Diana were too different for things to work out. He is said to have said, “If I married her, it wouldn’t last more than a year. We come from such different backgrounds.”

During an investigation into Diana’s death, Khan said more about why they broke up and how it happened.

In the summer of 1997, Diana started spending a lot of time with someone who was close to Mohamed Al-Fayed, who is Fayed’s billionaire father. Diana would say she wasn’t seeing anyone else, but Khan said she didn’t answer her phone as often. Khan and she broke up soon after that.

“I told her I thought there was someone else, and I remember telling her at the time, ‘You are dead,'” Khan told Evening Standard. “I meant that her reputation was dead.” “I said this because I was sure it was someone from Mohamed Al Fayed’s group, and that’s how I felt about anyone who worked with him.”

Soon after they broke up, Diana started going out with Fayed. Khan thought that Fayed’s money was what drew Diana to him.

“I think Diana finally realised that Al Fayed could give her everything I couldn’t,” he said. “He was rich and could provide the security that was needed. Al Fayed is always surrounded by six or seven bodyguards.

Princess Diana and Dodi Fayed may have met years before they started dating, but Diana didn’t get to know Dodi until Dodi’s father Mohamed invited her to his villa in St. Tropez in 1997 with Prince William, then 15, and Prince Harry, then 12.

After she split up with Prince Charles, Princess Diana dated a Pakistani heart surgeon named Hasnat Khan. Later, her close friends said that he was the love of her life. After breaking up with Khan and not being invited to spend the summer at Balmoral with her sons and the rest of the royal family, Diana let herself get caught up in the lavish al Fayed whirlwind. She accepted gifts from Dodi like tropical fruits, a roomful of roses, and a Cartier watch and spent more and more time that summer on his mega-yacht Jonikal.

Friends said that Dodi was gentle and kind, but he also wanted to be famous and get his father’s approval, which was hard to get. One friend, Jack Martin, says that Dodi told him many times over the years, “When am I going to meet a woman so famous that she will put my face on the cover of People magazine?” The Princess of Wales was the key to getting both Mohamed’s approval and fame around the world.

Princess Diana’s Death was an Accident?

Since Diana died, there have been rumours that the car crash that killed her was not an accident.

For example, in 1995, Diana allegedly wrote a note that said, “My husband is planning “an accident” in my car, with the brakes failing and a serious head injury.”

Mohamed also said that Diana and Fayed were “killed” by the royal family because Fayed was Egyptian and a Muslim. “She knew that Prince Philip and Prince Charles were trying to get rid of her,” he told The Guardian.

In an investigation called “Operation Paget,” which took place from 2006 to 2008, the British Metropolitan Police looked into these theories. But when these ideas are looked into, they don’t hold up. The jury decided that the paparazzi chase and the “gross negligence” of their driver, who was driving under the influence, killed Diana and Dodi. 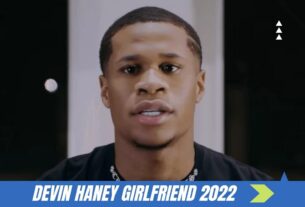 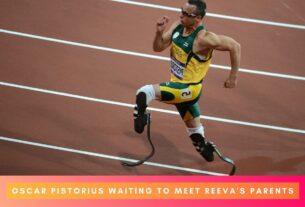