Where Is El Chapo Now? The Tech Education

Joaqun Archivaldo Guzmán Loera born April 4, 1957), also known as “El Chapo,” is a former drug lord and leader of the Sinaloa Cartel, an international crime organization. People think he was one of the most powerful people who sold drugs in the world.

Guzmán was born in Sinaloa, Mexico, to a poor family of farmers. His father beat him up, and when he was young, he helped his father grow marijuana for local drug dealers. He also got into the drug trade through his father. In the late 1970s, Guzmán started working with one of the country’s rising drug lords, Héctor Luis Palma Salazar. He helped Salazar figure out how to get drugs from Sinaloa to the U.S. Later. He was in charge of logistics for Miguel ngel Félix Gallardo, who was one of the most powerful drug lords in the country in the 1980s. But when Gallardo was arrested in 1988, Guzmán started his own cartel.

Where Is El Chapo Now?

El Chapo was sent to the “Alcatraz of the Rockies,” a high-security prison, to stop him from escaping. This was done after he made two daring escapes from Mexican prisons in 2001 and 2014. USA Today says that no one has ever gotten out of ADX Florence.

The prison is in a remote area and is protected by razor-wire fences, gun towers, heavily armed patrols, attack dogs, and snipers in the gun towers.

He went there on June 19, just two days after he was given a life sentence. He joined well-known organized crime figures like Kaboni Savage and Luis Felipe there.

El Chapo spends 23 hours a day alone in a 7-by-12-foot concrete cell with double doors. He is allowed an hour outside to get some fresh air.

His lawyer, Mariel Colon, has said that the harsh conditions at the supermax prison have hurt his physical health, but “he still has mental clarity.”

In 2011, 11 inmates who were locked up for 23 hours a day filed a federal class-action lawsuit against ADX Florence. They said they were mistreated constantly and that mental health problems were not diagnosed.

According to a report by Amnesty International, prisoners spend years in solitary confinement and often go days “without hearing more than a few words.” 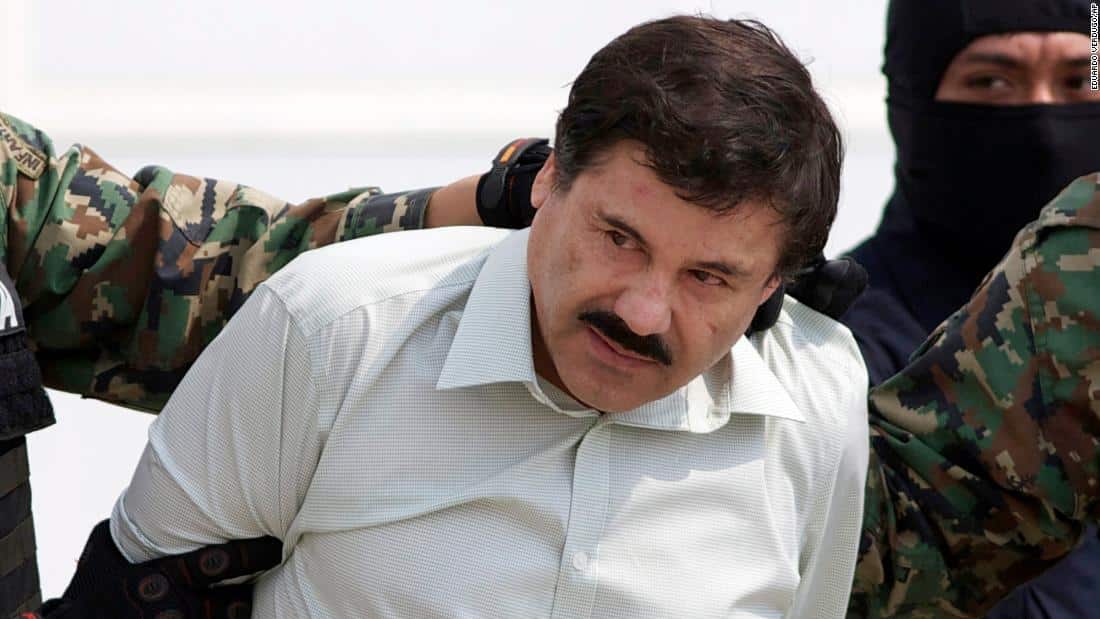 Almost no one talks to each other. Meals are eaten alone in their cells, just a few feet from their toilets.

Has El Chapo Escaped Prison Before?

In 2001, El Chapo escaped from Puente Grande, a maximum-security Mexican prison in the state of Jalisco. He did this by hiding in a laundry cart and paying off guards.

After being sent to prison in 1993 for murder and drug trafficking, he was facing a 20-year sentence and was afraid he would be sent to the U.S.

On January 19, 2001, his electronically locked cell was opened, and prison guards pushed him through unlocked hallways in a cart of dirty clothes. When they got to the parking lot, he jumped into the trunk of a Chevrolet Monte Carlo.

El Chapo was caught by the Mexican Navy on February 22, 2014, after he had spent days hiding in tunnels to avoid police and the combined $7.5 million bounty offered by Mexico and the US. He had been on the run for weeks.

After he was sent back to prison, Guzman stepped up his tricks and broke out of the Altiplano prison in Almoloya de Juarez for a second time on July 11, 2015.

He escaped through a hole under the shower in his cell, which led to a mile-long, well-ventilated, well-lit tunnel that led to a construction site and had a motorbike on rails to help him get away quickly.

El Chapo wore a GPS watch that was smuggled into the country by his contacts. This made it possible for other cartel members to find out where he was.

Coronel, his wife, is said to have planned the escape with other cartel members.

In this complicated plan, they also bought land near the prison and got ready a steady supply of guns and an armoured truck.

After a shootout on January 8, 2016, Mexican marines and Federal Police were able to catch Guzman again. After that, he was sent back to the US to face criminal charges there.