The Wolf Among Us 2 Updates: Expected Release Date Status, Trailer and More (2022)

With the official trailer for Telltale’s The Wolf Among Us 2 now out, fans may anticipate playing the sequel to the point-and-click detective experience in the not-too-distant future.

The sequel to 2013’s critically acclaimed episodic title The Wolf Among Us has been in development for an extended period, with the anticipated release date set for ten years after the original game’s release.

Since The Wolf Among Us 2 was revealed in 2017, fans had lost hope of hearing anything more about it, and with Telltale’s majority studio shutdown in 2018, plans for the follow-up game were canceled.

Fortunately for fans of the franchise, The Wolf Among Us was acquired by LCG Entertainment as part of the company’s rebirth of Telltale, reviving hopes for a sequel.

The Wolf Among Us 2 was formally unveiled at The Game Awards 2019, and a teaser for the long-awaited game was published this month, showcasing glimpses of the tale with both returning and new characters.

Snow White, the recently appointed Deputy Mayor of Fabletown and part-time crime-fighting partner of Sheriff Bigby Wolf, is one of the characters making a reappearance.

Many players were probably aware of Snow White before playing The Wolf Among Us. Snow White is a well-known figure, whether from the 19th-century German fable, Disney’s Oscar-winning animated feature, or many cultural depictions subsequently.

While some of these ideas are reflected in her video game representation, her character is based on the Fables comic book series, which prominently portrays Snow.

Snow and Bigby are probably the central characters in The Wolf Among Us – at least for the first few issues – and their connection helps define significant portions of the broader plot.

The Wolf Among Us follows up the tale after the Fables successfully flee their unstable Homelands and establish a new existence in New York, with only indications of what transpired before their arrival.

The first game is set just before the events of the first Fables comic when the cowardly Ichabod Crane is still Deputy Mayor. Still, players may piece together Snow’s traumatic early life and the obstacles she’s faced through flashbacks and references throughout the books.

Despite their lowly origins, Snow White and her twin sister Rose Red grew up in a modest house in an enchanted woodland. After their mom was pulled to fake Snow’s death, the sisters were separated, and Snow was forced to live with her vicious aunt. 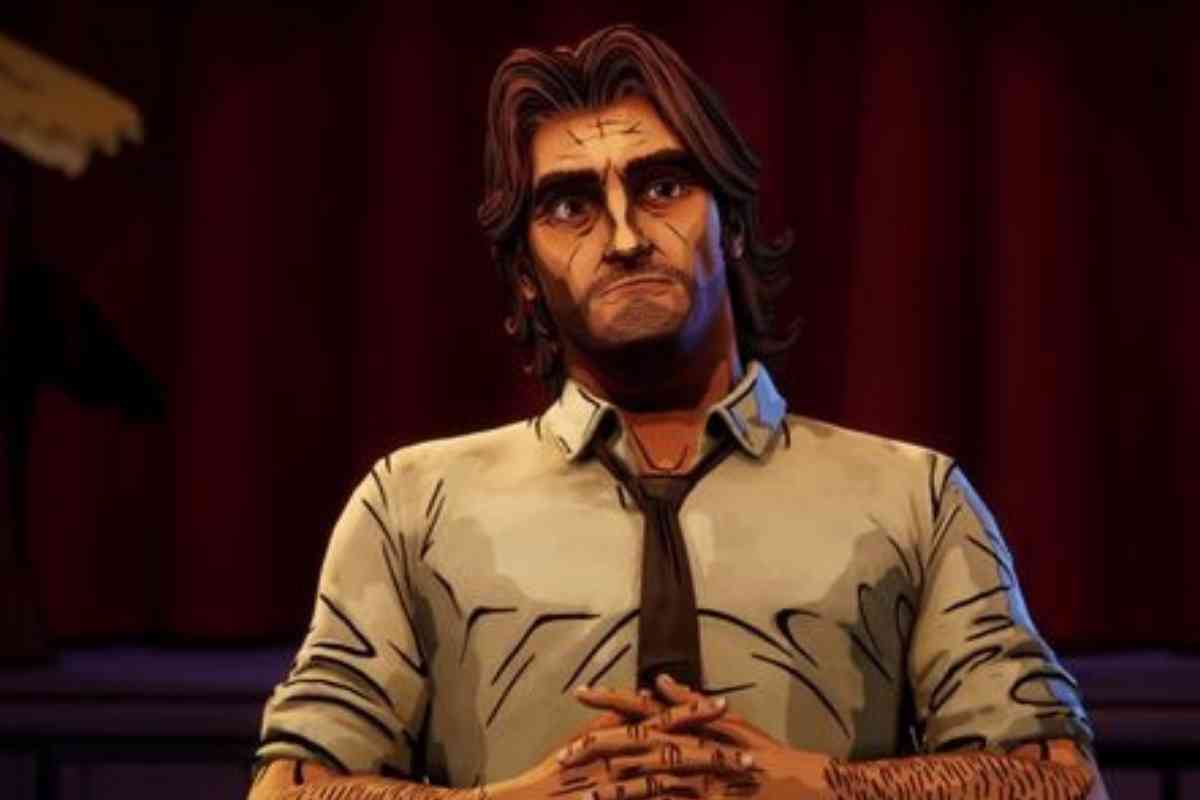 The narrative is true to form here, with magical mirrors and poison apples, but the dwarves Snow encountered were not the merry bunch they are typically shown as and instead compelled the young Snow to be their sex slave.

Snow astonished her new spouse after her rescue and subsequent marriage to Prince Charming by requesting fencing lessons so that she would never again be helpless.

She is eventually reunited with her loving sister, but Rose believes Snow abandoned her on purpose and seduces her sister’s husband in retaliation. The sisters’ friendship was irreparably damaged, and Snow divorced the Prince.

Nothing is known of her in the subsequent years, but once the Adversary struck and wreaked havoc on the Homelands, Snow and Rose left. Both sisters were quickly apprehended and tied with other runaways, only to be set free when the Big Bad Wolf murdered their captors.

Snow was the only one to pick up a sword in defense of the beast but was taken aback when he ended up freeing them all. The Wolf aided them in their escape from the Homelands and led them to the mundane world, from which they emerged in the fifteenth century.

The Wolf Among Us 2 has been scheduled for release in 2023.

Telltale Games has officially returned, with the first trailer’s release for the much-awaited sequel to The Wolf Among Us. New facts about the project’s development, which is scheduled to launch in 2023, were disclosed during a 25-minute live webcast with Geoff Keighley.

The trailer begins with the hero Bigby Wolf recounting an investigation that landed him in an anger management session. As he breaks and slips inside the Good Sleep hotel, we witness him hunting down a tall mystery man.

In this installment, it is quickly revealed that Bigby will face up against many Fables from ‘The Wizard of Oz,’ including Tin-Man and Scarecrow.

The Wolf Among Us 2 is scheduled to arrive on the PlayStation 5, PlayStation 4, Xbox One, and Windows PC via the Epic Games Store in 2023.

Trailer for The Wolf Among Us 2

A new teaser gives us a glimpse of protagonist Bigby Wolf and his current exploits. Wolf is a private detective who further happens to be a werewolf, navigating a world of broken fairy tales. The Wolf Among Us is based on the Fables comic book franchise and is set in the Fabletown area of New York City.

What Every Online Gambling Player Should Consider