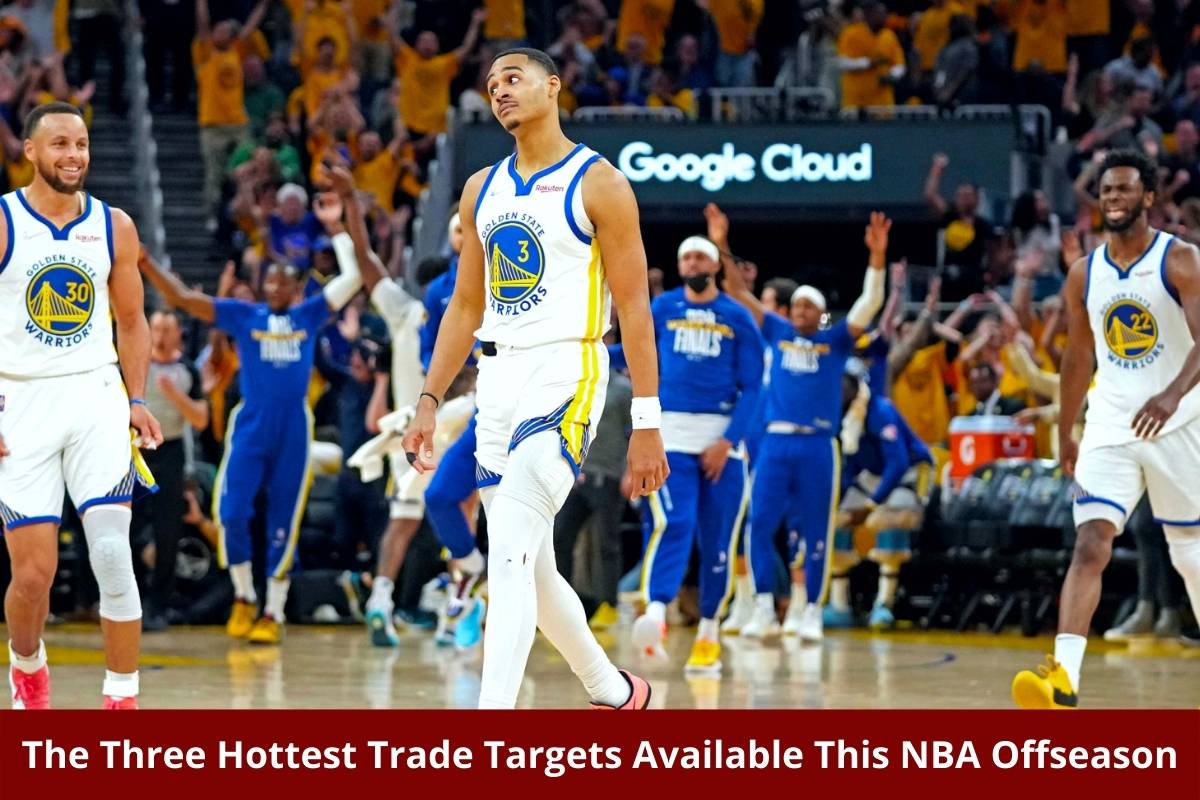 The dust has barely settled on the 2021-22 NBA season, and already general managers and their backroom teams are strategizing ahead of the next campaign, which gets underway in October.

The Golden State Warriors will be the defending champions – they claimed their fourth NBA championship in the space of just eight years against the Boston Celtics, wrapping up the series victory with a commanding 103-90 win at TD Garden.

The Warriors will lead the way in the NBA betting odds in 2022-23 as well, with a price of 4/1 confirming their perceived superiority ahead of the Celtics and the Brooklyn Nets.

But offseason activity will go a long way to determining how those sportsbook odds will change prior to the action getting started, with June’s NBA Draft and the usual trade moves enabling franchises to freshen up their rosters and bring in additional firepower.

So which are the most eye-catching names being linked with an offseason transfer?

One of the NBA’s finest defensive players, there will be plenty of suitors lining up to trade in Rudy Gobert.

The 29-year-old secured more rebounds than any other player during the regular season, and also ranked third for blocks. The three-time All Star is an elite operator who should be challenging for championship honors.

But it’s doubtful that his current employer Utah Jazz can satisfy that appetite. They qualified for the playoffs easily enough last season, but they were comfortably beaten by the Mavericks in the first round – back to the drawing board they go.

The Utah Jazz reportedly want a star-caliber player, a young prospect and picks in a trade package for Rudy Gobert, per @SeanDeveney

“As one Western Conference executive tells https://t.co/W5N1UuZNsV, the price for Gobert is, ‘pretty astronomical.’” pic.twitter.com/RZlyBLKljQ

Rumors persist that the Jazz would be willing to trade out Gobert as long as they get plenty of collateral in return, with the Atlanta Hawks thought to be at the head of the queue for his signature.

After another points-laden campaign, Julius Randle has only served to increase the rumor mill about his future.

The fact that the 27-year-old notched 1,447 points in a New York Knicks team that didn’t even make the playoffs is revelatory about his talents, and any upper echelon franchise seeking a proven point-scorer could do far worse than look his way.

Some will argue that Randle’s all-round contribution wasn’t great in 2021-22, and his fractious relationship with the fans in New York confirms his hot-headed nature.

But savvy general managers are only concerned with on-court action, and to that end Randle is a proven stud and a valuable piece of the trade jigsaw this offseason.

The Sacramento Kings have a decision to make about Harrison Barnes, who will become a free agent in 2023. Do they offer him a contract extension or look to trade him out and clear their books of his estimated $18 million annual salary?

The 30-year-old was another player who performed admirably in a team that failed to reach the playoffs, and his 16.4 points per game haul should be respected given the failings of his teammates.

Barnes also threw three-pointers at a clip of .394, so this is a guy who has a number of routes to net – a rather attractive quality in a potential offseason trade. He, like Gobert and Randle, will be highly coveted this summer.

Tessa Brooks Before And After Weight Loss: How I Lost Weight Tessa Brooks?