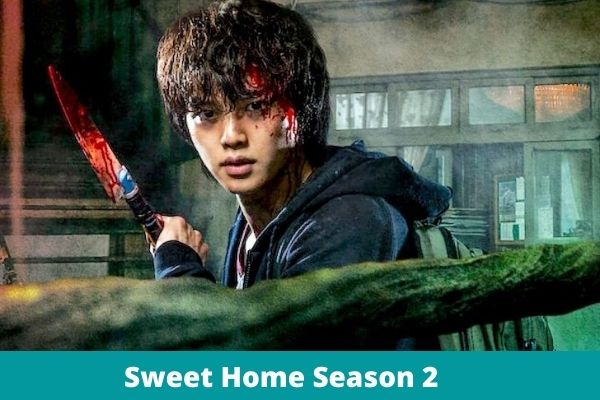 ‘Sweet Home’ is a Netflix horror series that follows Cha Hyun-su, a suicidal adolescent who finds himself amid an apocalyptic catastrophe. Hyun-su is trapped inside the Green Home apartment complex and discovers frightening facts about people and creatures.

The survival drama, which Netflix, Production Plan is developing, and Studio Dragon, is based on a webtoon of the same name by Kim Carnby and Hwang Young-chan.

Since its December 2020 debut, ‘Sweet Home’ has gained a significant audience enamored with the show’s perspective on human-monster strife.

The series offers a gripping study of what it takes to survive, with horrific action scenes and grisly confrontations with flesh-eating beasts.

Naturally, viewers are anticipating the show’s second episode with bated breath. Here’s all you need to know about the second season of ‘Sweet Home.’

Regrettably, Netflix has not yet announced the show’s second season for viewers. Season 2 has been rumored to begin production in December 2021, but Netflix has denied the rumors.

“No decision has been made about the production of [“Sweet Home”] Season 2,” Netflix reports.

However, who knows? The program is unquestionably popular, and there is enough material for future episodes. The original Sweet Home Webtoon series consists of 140 chapters, and many fans have remarked that important themes were left unaddressed throughout the first season.

After Netflix rejected the reports, a representative from Song Kang’s agency, Namoo Actors, informed Soompi that the actor is still in talks with Netflix concerning season 2.

“While it is true that we are discussing it, nothing has been verified as of yet.”

#SweetHome I pray for an season 2 for Sweet home. Please #Netflix announce it, soon!! pic.twitter.com/nqZL8IR454

Hyun-su is devastated after his family is killed in a car accident, and he is suicidal upon moving into his new apartment. Things continue to deteriorate as a mystery condition transforms humanity into ferocious monsters.

It’s unsurprising that he, too, gets exposed and eventually transforms into a beast. The survivors in the building are divided on how to handle him and others who begin morphing.

Despite his efforts to control his instincts, Hyun-su ends up causing harm, which he deeply regrets. The survivors stay close and, to a certain degree, believe Hyun-su that he would not hurt them.

Season 1 concludes with him being apprehended and taken, perhaps to be experimented on due to his ability to avoid total “monsterization” and retain his humanity. Simultaneously, the remainder of them is transported to a safe camp, despite their feelings of betrayal against Yi-Kyung.

Eun-hook, who has been planning and scheming to keep them safe from the monsters from the beginning, begins to transform into one and chooses to remain behind while the others depart.

If season 2 is created, it will disclose what destiny has for Hyun-su and the other survivors. What happens to Eun-hook when he turns will also be explored in the next season, if there is one.

Not only did the government tests fail to discover a cure, but they also ended up torturing the “monsters” who have grown vengeful and feel they are a necessary part of “evolution.”

It sounds suspiciously like a declaration of war. Hyun-su is very certainly set to meet the same destiny, but will he stay on human soil?

Only Murders in The Building Season 2: Possible Release Date of This Series!