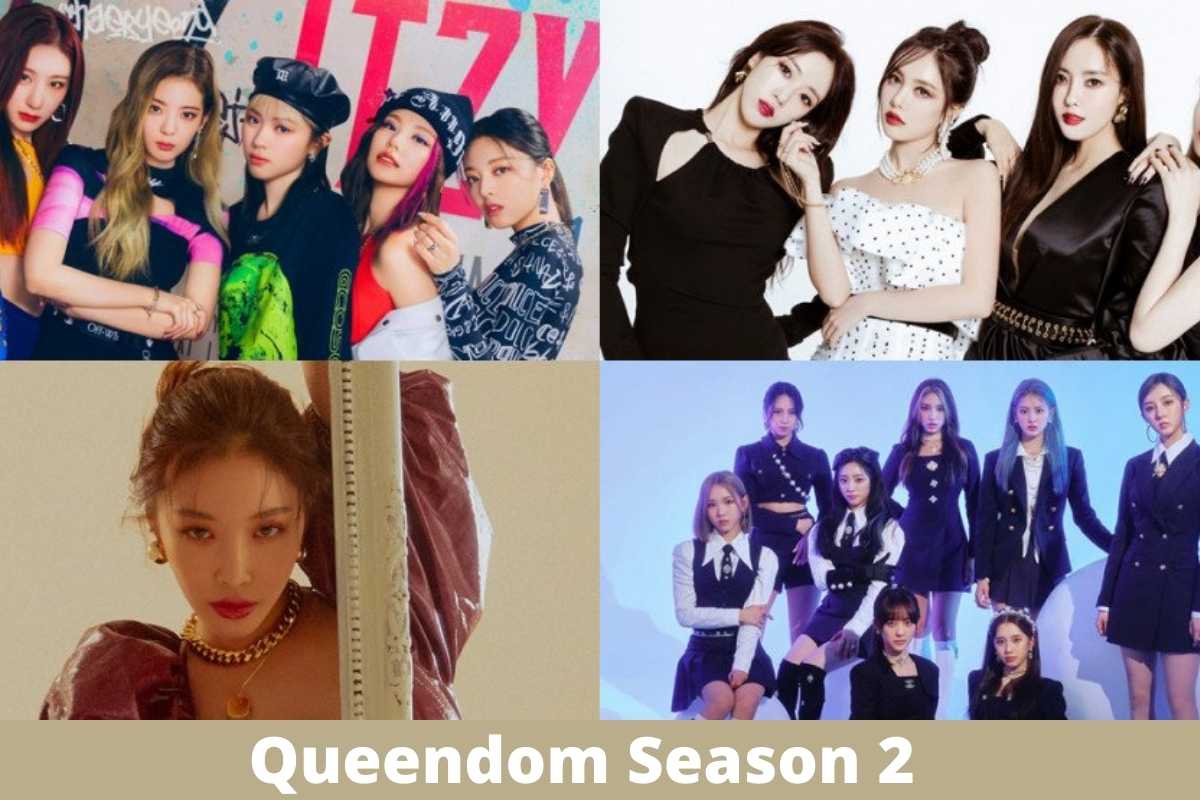 On August 26, 2019, the program’s press conference was conducted. Mamamoo eventually won the show’s final episode, while Oh My Girl came in second.

On February 21, Mnet revealed the artists who would headline the second season of its popular survival program, ‘Queendom.’ ‘Queendom 2’ will include female groups VIVIZ, LOONA, WJSN, Brave Girls, and Kep1er, as well as former SISTAR member and soloist Hyolyn, according to the release.

Mnet’s next important project, dubbed ‘Queendom 2,’ has been announced. Mnet is known for its odd survival shows. The previous edition of ‘Queendom,’ which kicked off a series of similar events in 2019, had girl groups AOA, MAMAMOO, Lovelyz, Oh My Girl, and (G)I-DLE contending for the crown, as well as former 2NE1 member and soloist Park Bom.

Finally, the four-member powerhouse MAMAMOO took the championship and saw their popularity soar throughout the world.

Following that, boy idol adaptations of the program were introduced with ‘Road to Kingdom’ in 2020 and ‘Kingdom: Legendary War’ in 2021, both of which got high ratings due to THE BOYZ and Stray Kids’ victories, respectively.

VIVIZ and Kep1er make their debuts with famous personalities from LOONA and WJSN amidst the soaring popularity of Brave Girls and Hyolyn’s enduring renown. ‘Queendom 2′ might take a surprising turn with the addition of Girls’ Generation member Taeyon as the MC.

After months of suspense, Mnet has officially revealed the release date and airtime for Queendom Season 2. This year, the program will premiere on March 31.

Mnet has not yet revealed the Queendom Season 2 cast. However, people are making similar guesses. WJSN, Weki Meki, LOONA, and Dreamcatcher are the most likely candidates. One of the fans mentioned Simba.

Along with the marketing of their song, Simba revealed that their song would air on Mnet for ten weeks. Another admirer also mentioned STAYC. However, this does not appear rational given their company’s strained relationship with Mnet. While a third admirer speculated that it might be TRI.BE

Queendom Season 2: Will There Be More or Fewer Episodes?

Queendom’s second season will premiere on March 31 and continue for ten weeks. According to media sources, Mnet will use both global and Korean music charts to rate the performances of female groups this year.

Six female groups will release original music concurrently as part of the show’s evaluation, and the songs’ streams will be considered.

Queendom 2 has been dubbed the top six groups’ return survival program. Queendom Some fans are questioning if this season would have eliminations, similar to ‘Kingdom Legendary War,’ or follow the previous season’s format.

Although it is official, astute K-pop fans are deducing the lineup for Mnet’s next survival program, Queendom season 2.

“I was just looking at the likely roster for Queendom 2, and there’s some conjecture that STAYC may be in it based on the teaser’s clue (So Bad era), which seems feasible given their company’s spat with Mnet,” a fan speculates. Is it not conceivable that it is TRI? BE? Their most recent album is titled “Another world.”

Mnet launched its iconic Kpop star survival series “Queendom” in 2019 with the motto “Comeback Battle.” The struggle for the Queendom title among Kpop’s female idols was strong. The first season included six lady groups, including Lovelyz, Oh My Girl, Mamamoo, and others.

Queendom was followed in 2020 by “Survive to the End,” subtitled “Road to Kingdom,” a massive competition including Kpop male idols. Seven male idol groups were featured: Golden Child, The Boyz, Pentagon, TO1, ONF, Verivery, and ONEUS.

The Adam Project Is A Science Fiction Time Travel Film!