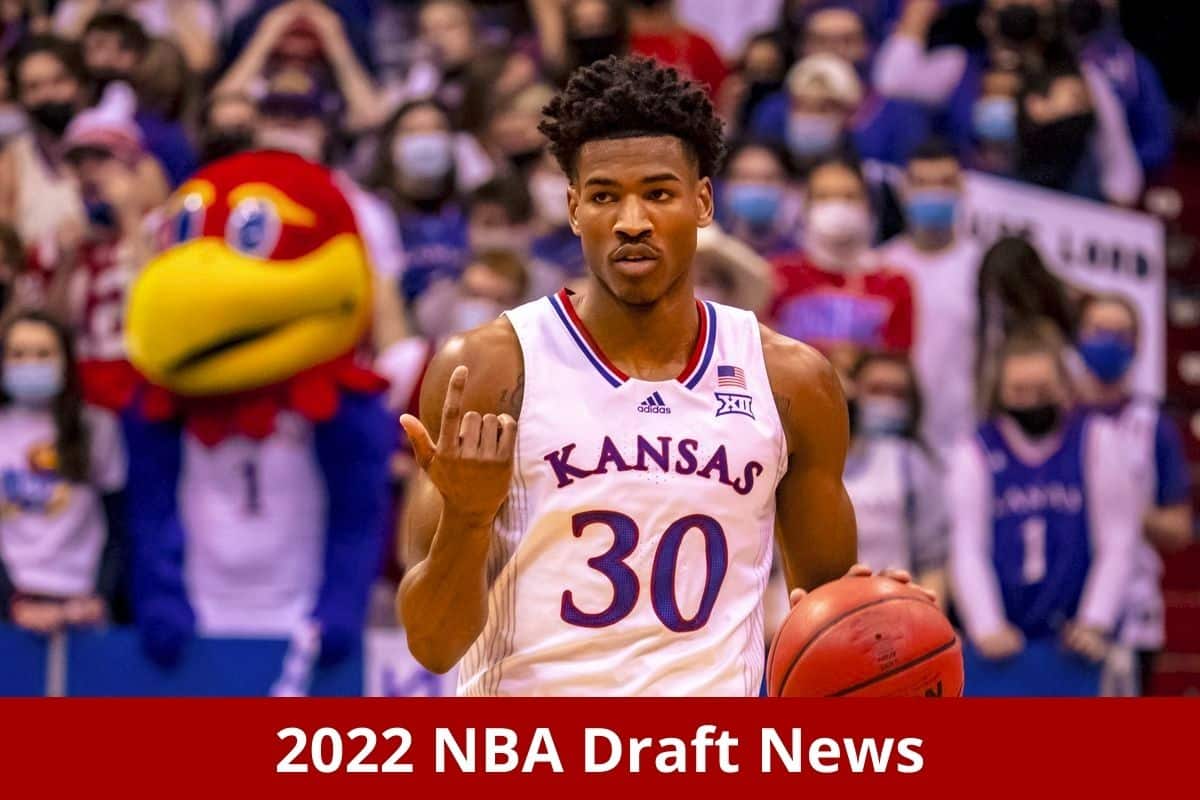 Guards Ochai Agbaji and Christian Braun were the two only Kansas Jayhawks players that were selected in this year’s draft, going 14th and 21st overall to the Cleveland Cavaliers and Denver Nuggets, respectively.

Although Agbaji will have to wait four anxious months to show the Cavaliers what he can do on the professional court, a member of the team is already comparing the 22-year-old to a former three-point shooting artist.

Jason Lloyd of the Athletic reports that, “One member of the organization likened his ability to sprint into shots to the way Kyle Korver sparked the Cavs’ second unit during the last championship window.”

Korver was sent to Cleveland ahead of the 2017 trade deadline. His elite three-point shooting was instrumental in helping the Cavaliers get to the NBA Finals in 2017 and 2018, though the Cavaliers fell on both occasions to the dynastic Golden State Warriors. As a Cavalier, Korver drained 45.4 percent of his three-point attempts.

Online and mobile sports betting is widely expected to launch in the state of Kansas at some point in 2022 or early 2023. If it goes live, Caesars sportsbook Kansas would offer new customers a risk-free bet — likely up to $1,500.

The Jayhawks would be one of many teams that Kansas sports fans could place wagers on through online/mobile sports betting.

Even with Agbaji and Braun no longer on the 2022 NCAA champions roster, Kansas shares the fourth-highest betting odds of winning next year’s national title with Duke (+1400) over at FanDuel. The Jayhawks’ title odds from DraftKings are slightly higher at +1200.

Bill Self: Agbaji And Braun Haven’t Hit Ceilings, “Can Both Get Better”

Jayhawks head coach Bill Self had the fortunes of seeing both Agbaji and Braun develop into NCAA stars and future NBA first-round picks. He’s also not here for the notion that both of them have already hit their respective peaks.

Speaking over Zoom (via Marla Ridenour of the Akron Beacon Journal), the legendary Jayhawks coach stated that both Kansas products are capable of improving over time.

“They can both get better,” Self said. They were both late bloomers. “I think that Ochai, his intangibles have improved so much from a competitiveness…even though he always was, he’s learned that there’s a different gear you have to get to to compete at the highest level. When you work as hard as he does in that fifth gear, every single possession, every single drill, every single shot, you’re going to get better. He’s a good shooter, great shooter, he’s going to become exceptional.”

Agbaji joins a Cleveland team that failed to qualify for the postseason via the play-in tournament (they lost both games) despite finishing with a solid 44-38 record. This marked the organization’s first winning season without LeBron James on the roster since 1998.

Braun will be tasked with helping a rising Nuggets team get past the second round hump once and for all. Led by 2021 and 2022 MVP Nikola Jokic the Nuggets have emerged as one of the top clubs in the West.

A returning Jamal Murray — coupled with the arrival of Braun — just might be the necessary pieces to help Denver get out of round two once and for all.

No. 1 Pick Paolo Banchero Says His Ceiling Is “Limitless”

The Orlando Magic used the No. 1 pick in the 2022 draft on Duke forward Paulo Banchero, who will now be tasked with turning a long-time struggling franchise back into a winner.

Banchero had the fortune of learning from legendary Duke coach Mike Krzyzewski. The Seattle, Washington won the 2022 ACC Rookie of the Year award while also earning Consensus second-team All-American and First-team All-ACC honors.

After being drafted first overall, Banchero told Mike Vorkunov of The Athletic that he doesn’t think there’s a limit for his “ceiling.” From individual accolades to making the postseason, Banchero is already setting the bar very high for himself.

“My ceiling is as high as I want it to be,” Banchero said. “Which is limitless. I set a lot of goals for myself every stage of my career. So I want to do all that — NBA Rookie of the Year, be an All-Star, make the playoffs, everything a basketball player on this stage would want to do, I want to do, plus more. But at first, I want to win. That’s the most important thing.”

The Magic have been an afterthought in the Eastern Conference since the franchise-changing Dwight Howard trade. They’ve made the postseason twice since 2013, and both were first-round losses (to the Toronto Raptors in 2019 and to the Milwaukee Bucks in 2020.

Banchero averaged 17.2 points, 7.8 rebounds and 3.2 assists per game for Duke last season. The do-it-all big man also shot a superb 47.8 percent from the field, and he’s capable of drilling the occasional three-pointers.

Banchero is the fourth player that Orlando selected with the No. 1 pick. Suffice to say, the Magic have a tremendously successful history picking in that spot.

They used the first overall picks of 1992 and 1993 on Shaquille O’Neal and Chris Webber, respectively. Webber, of course, was quickly sent to the Golden State Warriors that brought future All-Star Penny Hardaway over to Orlando.

Both Webber and O’Neal are now enshrined in the Basketball Hall of Fame. The other time Orlando drafted first overall? 2004, where they selected another future Hall of Famer in Howard.