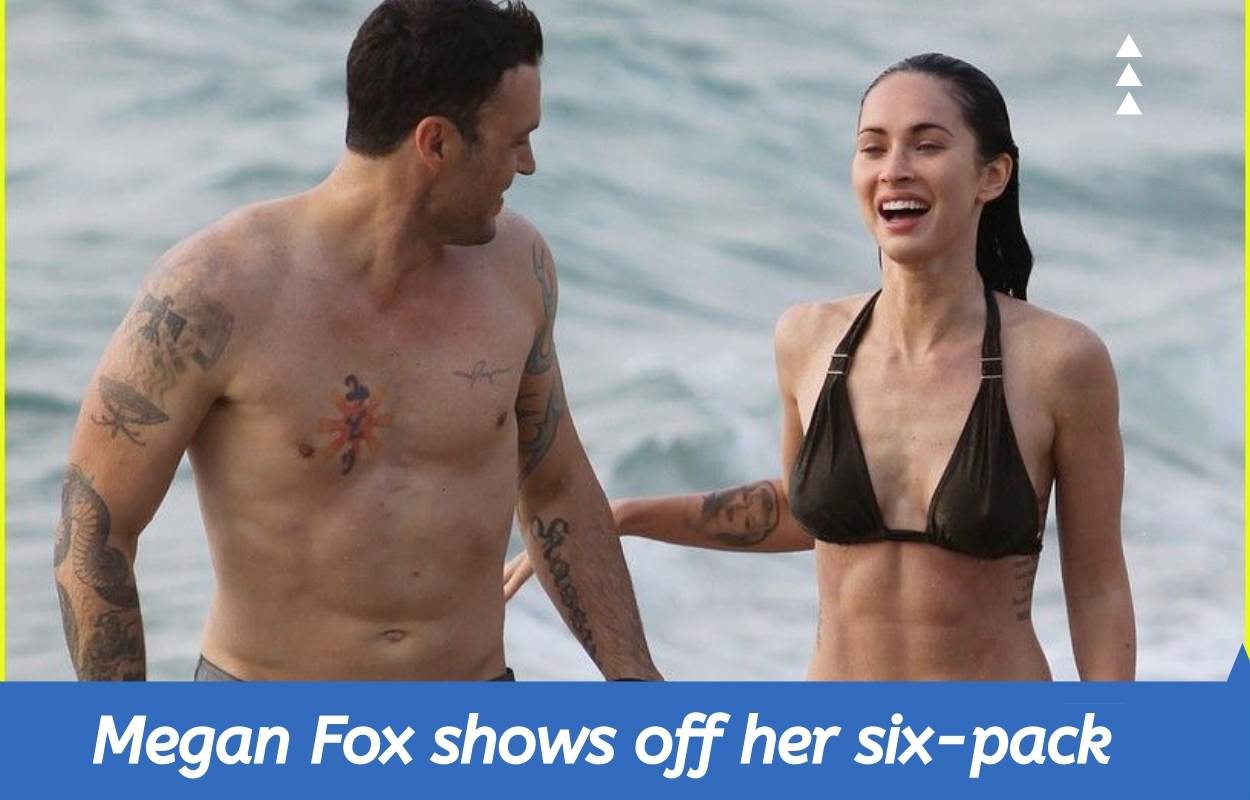 Megan Fox is very funny and has a fantastic body. The actress shared a stunning image of herself on Friday showing off her six-pack abs in a green outfit. I don’t exercise,” she wrote alongside the photo. God would have scattered diamonds on the ground if he had wanted me to stop.

In just 5 hours, Fox’s photo received more than 1 million likes and countless comments. One of the most popular posts reads, “sending this to my therapist.” Another person responded, “Whatever you say, Queen. Machine Gun Kelly, her boyfriend, joined the conversation and added diamond emojis.

The “Jennifer’s Body” actress’ Instagram post also reveals that she has returned to her natural brunette hair color after going blond and pink to match MGK’s appearance for his “Life in Pink” documentary. The rapper-turned-sold-out rocker’s Madison Square Garden performance, as well as the Hulu documentary premiere, were both attended by Fox.

Since their relationship began in May 2020, Fox and MGK, real name Colson Baker, has been in a constant stream of news articles. They have been fairly transparent about their relationship, including the terrifying and, some might say, alarming admissions, of drinking each other’s blood. Baker disclosed in his documentary that he attempted suicide while the actress was in Bulgari filming a movie. He called Fox paranoid and told her that she wasn’t there for him, according to MGK.