How to Record Your Screen in Windows 10

Making a screen recording in Windows 10 is a relatively simple task using Windows 10. There are many programs for Windows 10 available online that will allow you to record your screen —both free and paid. Other than that, Windows 10 comes with a fully built-in screen recording software, so downloading additional video tools is only necessary if you’re looking for added functionality.

In this article, we’ll go over a couple of free options you have for recording your screen in Windows 10. Let’s start with:

If you mainly use your laptop or PC for work and internet browsing, you may not know about the Xbox Game Bar, which comes installed on Windows 10 by default and includes screen capture and recording video tools but no video editing. You’ll need something like Leawo for that.

OBS Studio is a free video recording program with no watermarks or time limits. It’s a bit more difficult to use than the Xbox Game Bar and can be tricky to set up properly, but it can take much higher bitrate screen recordings and save recordings in more file formats. You’ll still want a video converter like Fonepaw for using less common formats, though.

OBS Studio allows you to record fullscreen programs and the input from any cameras and microphones you have attached or built-in to your computer.

To ensure your desktop and microphone audio is included in your screen recording, you can click on the Desktop Audio and Mic/Auxilliary Audio dropdown lists to manually set the audio devices you want to use. Manual setup is especially useful if you are using multiple speakers and microphones for whatever reason.

For me, manually setting my audio devices looks like this: 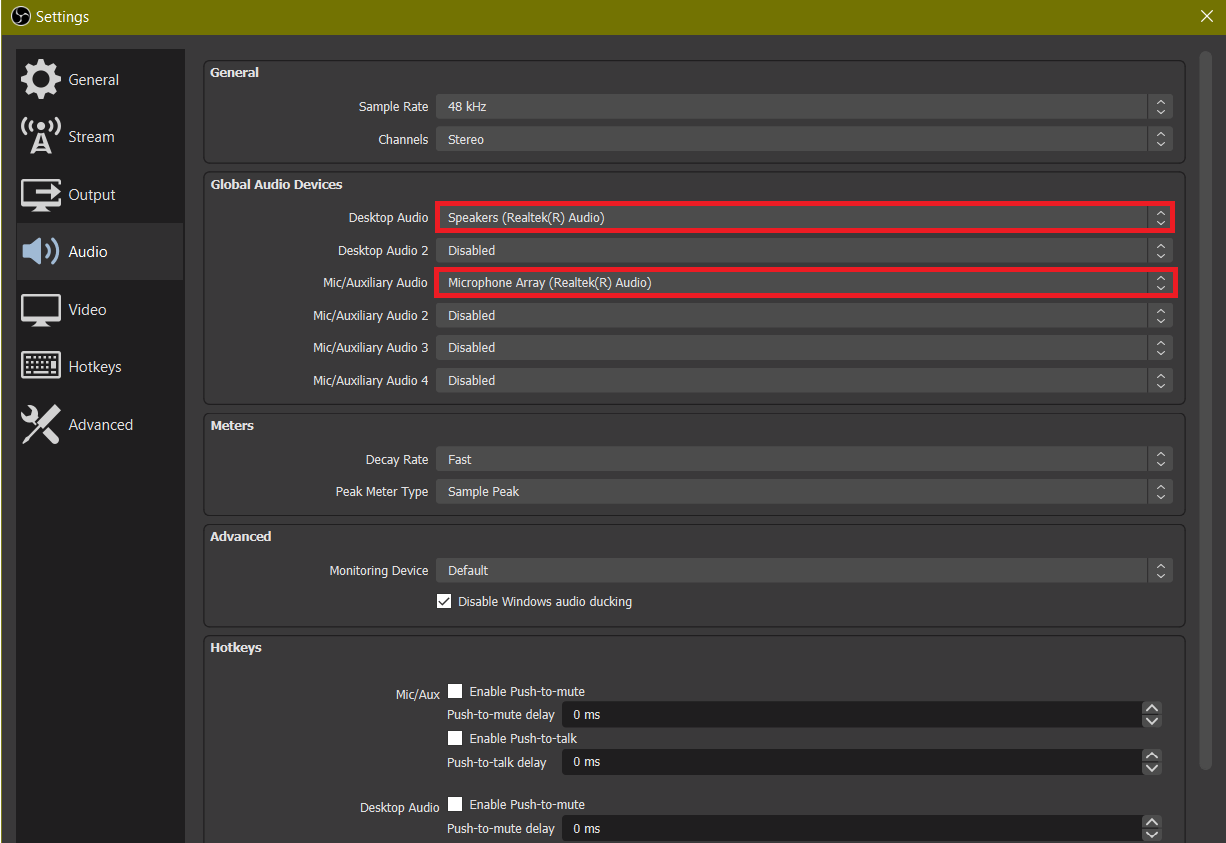 Finally, be sure to adjust the recording volume for your speakers and microphones. 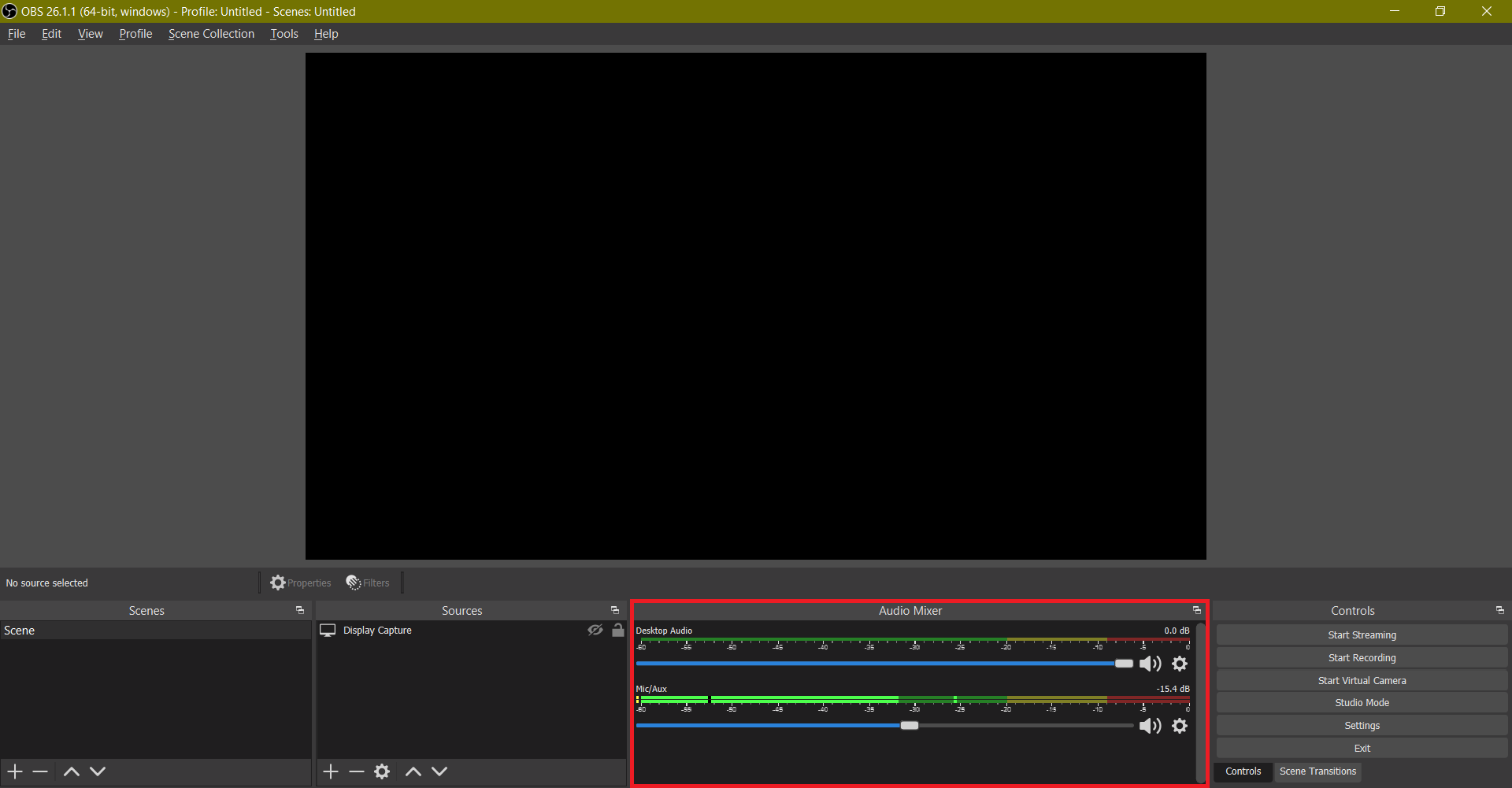 You can select multiple options and layer them on top of one another. For example, this lets you record a video presentation while at the same time recording your webcam and microphone as you discuss the presentation. Here’s an example of a setup to record MS paint while simultaneously displaying webcam footage in the top right. 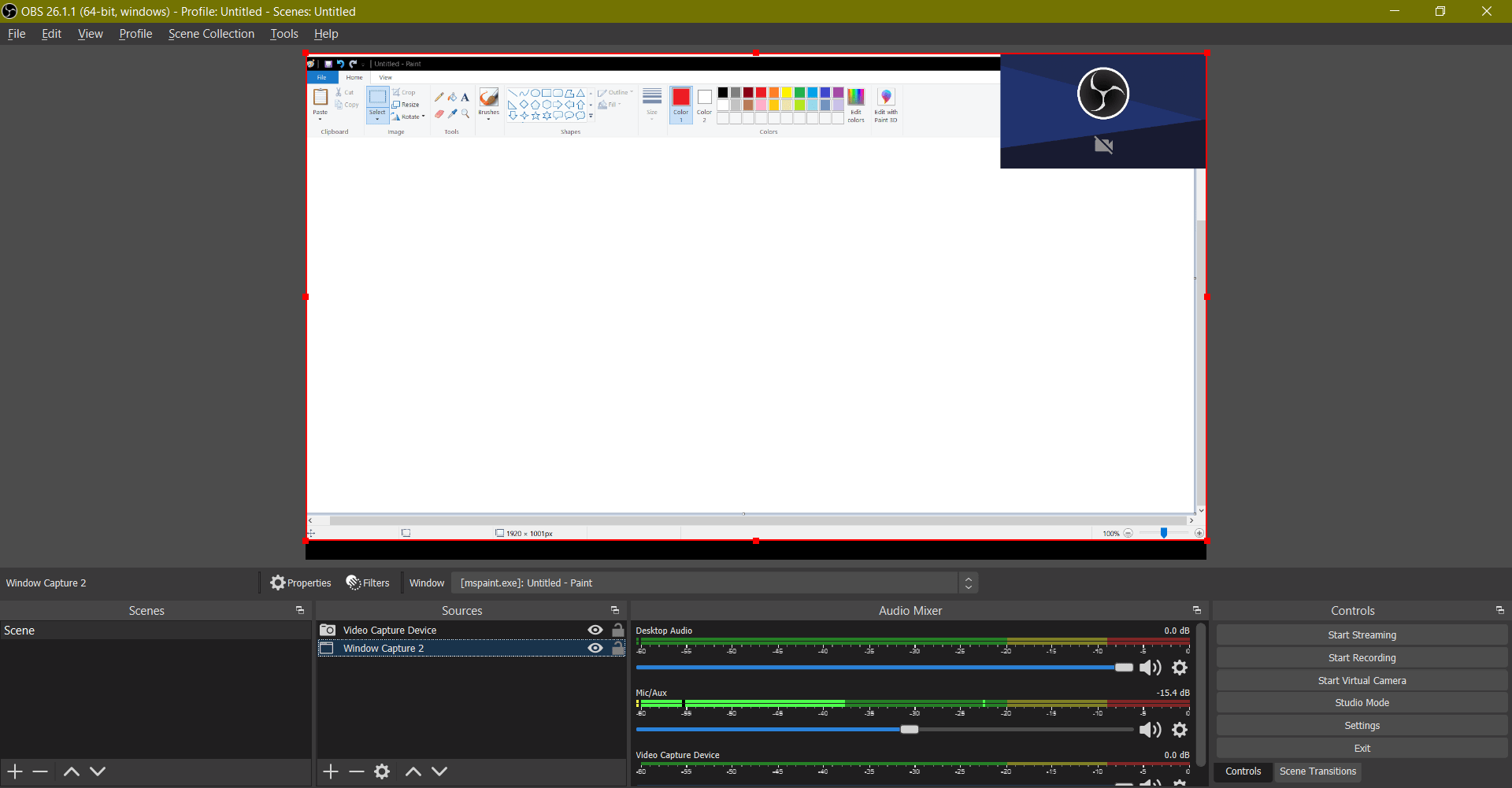 OBS Studio is a versatile screen recording program, but it doesn’t have video editing functionality. Just like Windows 10’s built-in game bar, you’re going to need an additional program like WinX to cut and convert your screen recordings.

How to Protect Your Laptop Screen from Damage?