Coronavirus suspends all the events across the world. Thanks but No thanks to the world-threatening COVID-19. This global pandemic interrupts the production of all the famous movies and tv shows. The hopes of the new episodes are let down in the dumps. The fans are more worried.

The production companies across the world officially confirm the stop in productions. Also, the date of restarting the productions are very doubtful. Despite the movies, this factor ultimately affects the tv series as most of the series is halfway in their story. The fans are concerned about the rescheduling of the productions. But, it is for sure we can’t expect it until the situations are taken care of.

The most successful series are also withheld due to this outbreak. The companies follow it under the direct command of the governments. Some of the casts are likely to be affected by corona. This is confirmed because of human contact with the affected people. The halt in production will stop further transmissions.

Facebook: A Community Hub For Messenger App To Fight Fake News On Coronavirus 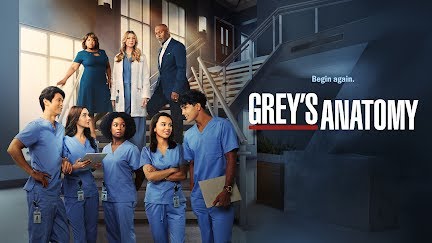 The Riverdale productions are shut down. A team member seems to be infected- confirms the sources. The making of The Falcon And The Winter Soldier has been stalled in Prague. The composing of Season 16 of Grey’s Anatomy is stopped in March. Director sends a letter to all the crew members.

The Amazing Race, Law & Order: SUV adds up to the list. Supernatural with its shoot for the last few episodes of its final season has been withheld. The shoot will start soon after the pandemic- confirms Warner Bros., The shooting of the 8th season of Chicago P.D., has been stooped while NBS renews for the eighth, ninth, and tenth season. Survivor, Grace & Frankie, and other Netflix and Amazon Prime series are likely to be stalled until further updates.

What Could Possibly Happen?

The shoot will be started at the earliest, and all the series is dragging its feet. As of now, social distancing seems very promising in stopping further transmissions. This could be one of the ways to prevent the spread of the virus. The shows are expected once the situation is taken care of. All we can do is hope for the cure very soon and then for our series. This seems to be the only chance.