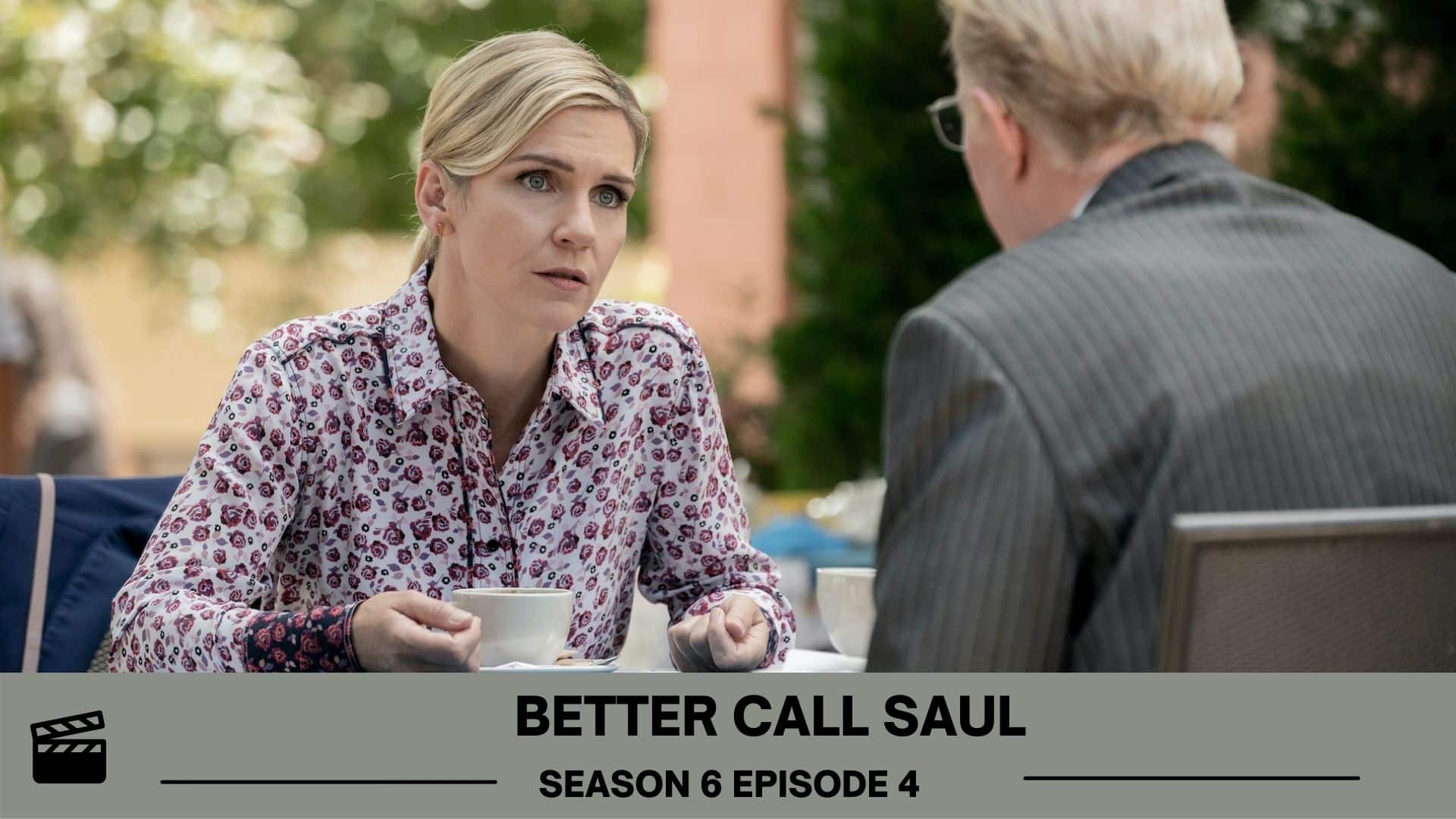 Better Call Saul is now airing on AMC and Netflix, and the sixth season has reached its fourth episode. The current season marks Saul Goodman’s (Bob Odenkirk) last installment, and fans are ready to bid goodbye to the popular character.  Here is everything you need to know about when the new episode will premiere.

This season, Breaking Bad viewers have been watching the spin-off series from the edge of their seats.

Nacho admitted to Hector Salamanca (Mark Margolis) that he was the one who pushed him into a wheelchair.

Rather than suffer at the hands of the Salamanca cartel, he chose to commit suicide.

Fans are now eager to learn the consequences of his death.

AMC is exclusively accessible in the United States and Canada, with UK audiences watching on Netflix.

The episode will be available on Netflix a day later, on Tuesday, May 3.

The episode should be available at 12 a.m. Pacific Time and 3 a.m. Eastern Time.

Episode four should be available to UK viewers by 8 a.m.

While Kim is having lunch with Cliff Main, Jimmy, dressed as Howard, borrows Howard’s car, picks up Wendy from a hotel, and pretends to throw her out of the car while driving by Kim and Cliff, giving Cliff the impression that Howard is employing prostitutes once more. Kim spots a vehicle following her as she drops Wendy off. Jimmy realizes that defending Lalo has made him a pariah in court, but a hero among local criminals who seek his counsel. Jimmy looks for a new office after getting booted out of the nail parlor for attracting too much attention. Kim notices the car following her and confronts the driver while meeting with a pro bono client. Following that, she is approached by Mike, who informs her that Lalo may still be alive and that he is watching anybody Lalo contacts, including Kim and Jimmy. Kim, clearly disturbed, meets with Jimmy and approves of a probable location for his new workplace. Meanwhile, Gus is seen actively scouting Albuquerque neighborhoods for traces of Lalo.

Better Call Saul Season 6 Episode 1 makes a compelling case for what many fans have been saying for years: the spinoff may have outperformed the original in terms of quality. The show is practically psychotic, hopping from one television genre to another in a matter of seconds. Of course, in a nice manner. This is another slow-burn episode with an epic ending written by Peter Gould.

In Better Call Saul Season 6 Episode 1, Lalo (Tony Dalton) is more outraged than ever after the previous season’s assassination attempt, while Nacho (Michael Mando) is on the run. From here, we move on to the austere and expressionless Gus Fring (Giancarlo Esposito), whose poker face is hard to decipher.

Having said that, a schism is growing between Fring and Mike Ehrmantraut (Jonathan Banks), and it’s obvious despite both men’s poker faces.

Saul Goodman (Bob Odenkirk) and Kim Wexler are at the center of it all (Rhea Seehorn). At one point, it appeared as though the husband and wife were from two separate universes. They now operate perfectly in sync in Better Call Saul Season 6 Episode 1, more aligned with Jimmy McGill’s ideology than Howard Hamlin’s. The deception they did on Hamlin (Patrick Fabian) is hilarious.

It’s taken two years, but it’s been well worth the wait.

Better Call Saul’s sixth season has gained critical acclaim. The season has a 100% approval rating on Rotten Tomatoes, based on 45 reviews, with an average rating of 9.3/10. “Better Call Saul stays as expertly in control as Jimmy McGill keeps saying he is in this final season, as years of simmering storytelling come to a dazzling boil,” the website’s critical consensus states. The season has a Metacritic score of 94 out of 100 based on 20 reviews, indicating “universal acclaim.”