Solo leveling season 1 ended with some of the biggest revelations, leaving fans behind in pursuit of season 2. The show is based on a popular South Korean manga of the same name. If you are a fan of watching hunters taking on otherworldly creatures, then this show is for you.

As the episode progresses, we get to see unexpected weaklings turning into a beast to fight the demons. The whole story of the series plays around a character, Sung Jin-Woo, who is titled as “the weakest” by his fellow hunters. It is about the adventures and situations he needs to go through.

As fans anxiously wait for the release of season 2, however, there is no confirmation as of now. There is also speculation going around that the current pandemic has held its release. Meanwhile, let’s hope it releases soon. 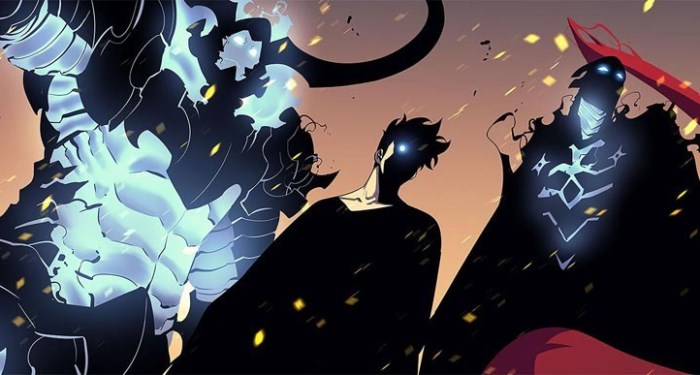 The Solo Leveling Story And Spoilers

The series begins with a weak hunter Jin-woo of the “E” rank who is confined in a dungeon. He struggles to hold his sword and fight against the beasts. The team plans for a dungeon raid taking out the low-level monsters. When they defeat them, they reach the boss gate. They enter a deadly dungeon with magic beasts who are more challenging than the rest. Out of eleven members, only five come back alive. Jin-woo makes a sacrifice so that others can escape, proving him to be more powerful than others in terms of sacrifice.

Jin Woo then wakes up and is given the chance to improve his ratings by playing a game. As the series progresses, Jin-woo discovers his superpowers. The “S” rank team heads over to Reju island where all the ants reside. But Jin-woo decides to stay behind. As the members reach the island, they easily defeat the ants but a much stronger boss among ants appears. They couldn’t defeat him. This is when Jin-woo appears and saves the day.

READ  PlayStation and Xbox work together against the 'Console Wars'

Season 1 saw Jin-woo taking on the king ant and defeating him. Now his quest is to find his lost father and to maintain his powers by defending against the nations.