Netflix will receive Nielsen ratings as the streaming giant launches an ad-supported service. 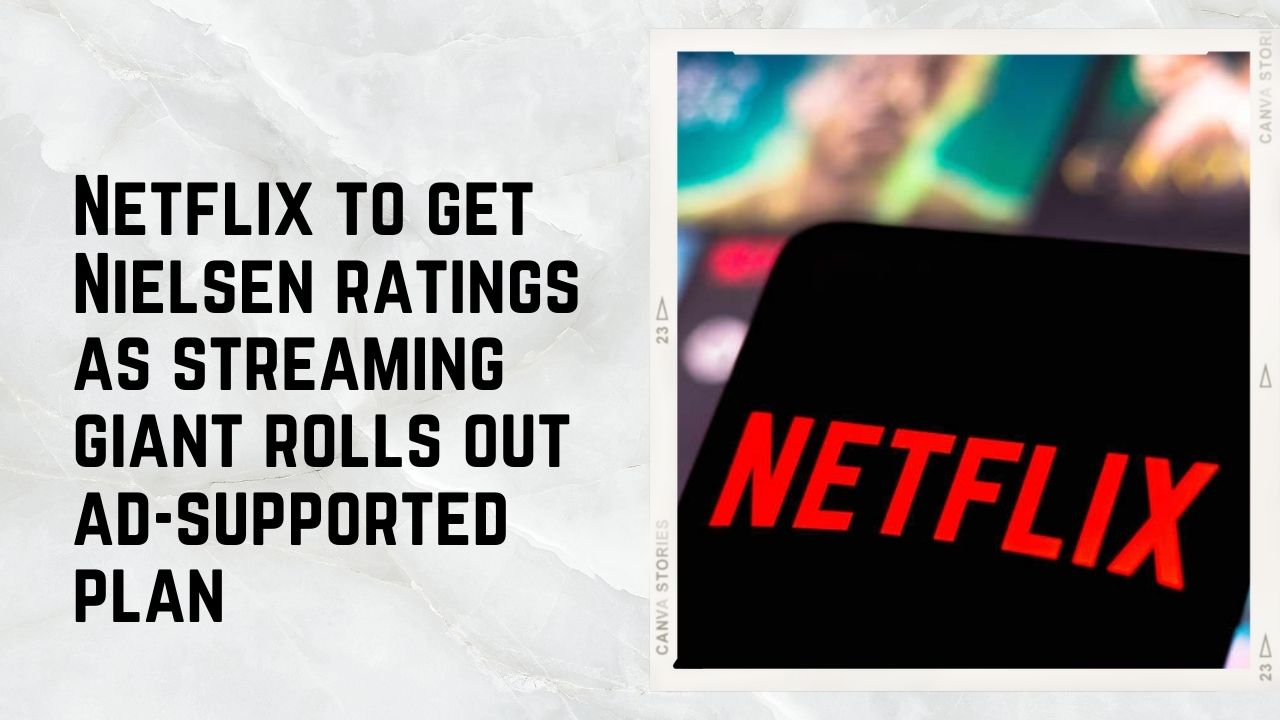 Netflix will charge $6.99 per month for its new advertising-supported tier, which will be available in the United States on November 3.

Netflix’s “Basic with ads” tier will include four to five minutes of commercials per hour and will not allow users to download movies or TV shows. Due to licensing restrictions, a limited number of TV shows and movies will be initially unavailable.

Ads will run for 15 or 30 seconds and will appear before and during Netflix content. Companies will be able to prevent advertisements from appearing on content that they deem unsavory or inappropriate. Nielsen will use its standard digital audience measurement, Digital Ad Ratings, in the United States beginning in 2023 to help advertisers understand its reach.

After years of rejecting the concept, Netflix is launching its first less-expensive plan with commercials. The move comes as subscriber growth has recently slowed. Netflix lost subscribers in the first two quarters of this year and expects to gain only 1 million in the third. The company has approximately 221 million subscribers worldwide, making it the largest global streaming service.

According to Chief Operating Officer Greg Peters, Netflix will report third-quarter earnings after the market closes on Tuesday and will unveil new subscriber and revenue forecasts. Netflix has joined forces with Microsoft.

because of its ad-supported service According to a media conference call, the streaming company will have hundreds of advertisers at launch and has nearly sold out its inventory. There will be no advertising in children’s programming or new movies at first. Mid-roll advertising may appear in older films.

Netflix’s monthly fee of $6.99 is less than that of ad-supported Disney+ and Hulu, which will both cost $7.99 when Disney+’s ad tier launches in December. HBO Max with advertisements costs $9.99 per month.

According to Peters, Netflix priced the service so that any customer who switches from the ad-free basic plan to the ad-supported service has a “neutral to positive” effect on the company’s revenue.

This implies that Netflix will earn at least $3 per month in advertising revenue per user. “We want to give customers options and figure out what the best offering is for them,” Peters said on the conference call.

Netflix’s advertising tier will have 720p video resolution rather than 1080p, which is the quality of Netflix’s standard plan, which costs $15.49 per month. The company’s basic plan, which does not include advertising, costs $9.99 per month and has a 720p resolution.

On November 1, the advertising tier will be available in Canada and Mexico, followed by Australia, Brazil, Canada, France, Germany, Italy, Japan, Korea, Mexico, the United Kingdom, and the United States on November 3. Spain will go live on November 10th.

The Cost Of Streaming

Twitter claims in a legal filing that Elon Musk is the subject of federal investigations.