After the Keeping Up With The Kardashian star was questioned her ‘changing’ appearance, Khloe Kardashian hits back at ‘bored and unhappy’ trolls.

On Friday, Khloe shared a few of her sizzling selfies on Instagram after criticism about her visage in a selection of busty snaps.

Khloe also wrote on Twitter: ‘I’ll never understand how bored or unhappy some people can be. 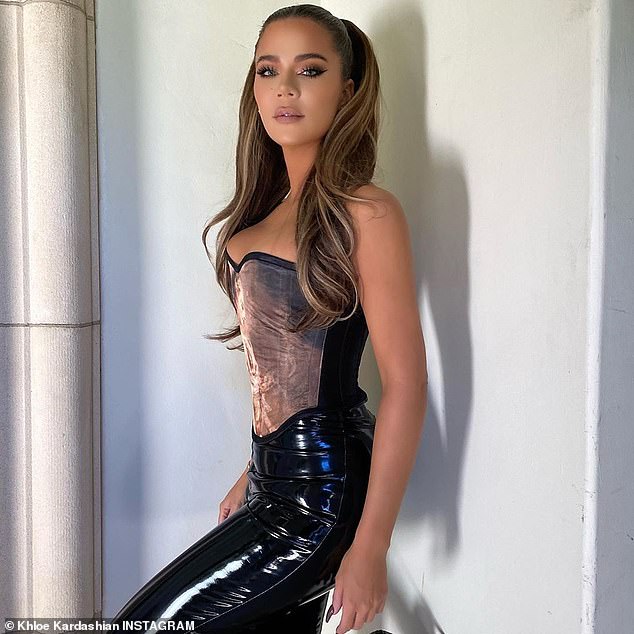 ‘I am someone who would never comment something unless it’s positive. I believe in uplifting and complimenting one another. Who has the time chiiiillllldddd?! Time is precious boo. I’m spending it on happy things.’

She added: ‘With that being said, I love you guys!! I truly wish you all things beautiful in this world because there still is so much beauty. You have to look through the BS, but it’s there.’

In the series of snaps that Khloe uploaded on Friday, she seemed to show off her pout and her beautiful blonde hair. Khloe looked simply astonishing as she posed for the photoshoot. The star was in a high-neck white and grey marble patterned top with boasted long sleeves.

The above post came up after a few of her fans questioned and criticized her ‘changing’ appearance. Khloe’s fans attacked her in a post made by her on Friday earlier, where the star was barely recognizable. Check out the post below.

‘Man, this heatwave is intense!! Isn’t it October???’ The 36-year-old captioned the post, which saw her showing off her incredible figure in a graphic-print corset top, and a pair of skintight latex trousers.’

READ  Khloe Kardashian Enjoys A Mommy Day Out With The Kids And Makes Us Go Aww!

To which one of her fans wrote: ‘She looks different every week!’

When one user wrote ‘Money spent well’ under the picture, Khloe hit back ‘the shade of it all’ alongside three crying-laughing emojis.

Besides, many other fans also appreciated her for her ‘unique’ looks.