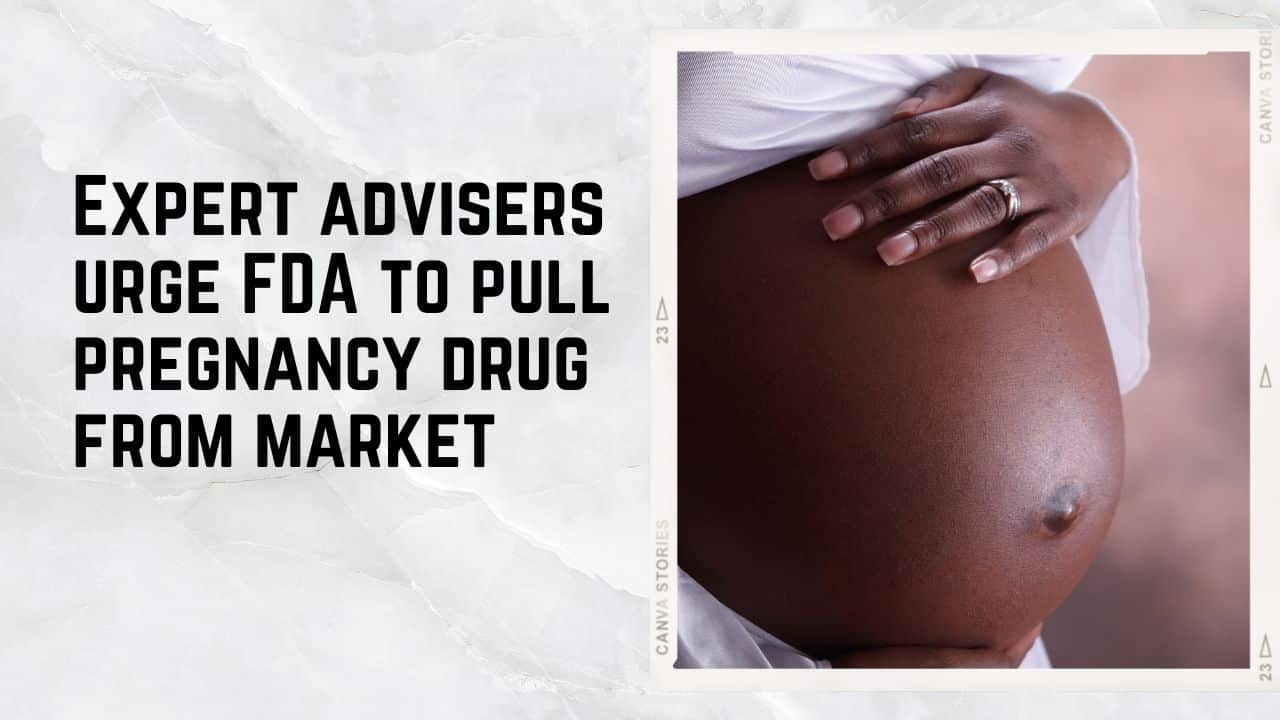 Arguments that Makena should continue to be available to high-risk groups, including some Black women, were rejected by the panel.

After a larger study failed to demonstrate its efficacy, a US Food and Drug Administration advisory committee decided on Wednesday that a drug approved more than ten years ago to lower the risk of preterm birth should not be allowed to remain on the market. Now it’s up to FDA officials to decide whether or not to take the drug off the market.

The FDA’s Obstetrics, Reproductive, and Urologic Drugs Advisory Committee voted 14-1 after a three-day hearing that the drug Makena should not be kept on the market “until an appropriate confirmatory study is designed and carried out.”

Additionally, the FDA advisory group decided by a vote of 15-0 that the postmarket trial did not demonstrate any benefit to infants and by a vote of 13-1 with one abstention that there was no proof that Makena decreased the risk of preterm birth in women who had already experienced one.

NEW: An FDA panel advised the agency to pull a drug meant to hold off preterm birth from the market. The FDA has said the fast-tracked drug failed to work after a lengthy follow-up study.

Makena, the only medication of its kind, was given accelerated FDA approval in 2011 to lower the risk of preterm birth in women who have a history of spontaneous preterm birth. Although the preliminary trial results were encouraging, the agency insisted on a longer investigation to confirm that the medication decreased the risk of illness and preterm birth-related death for particular babies.

Makena is no longer proven to be effective, according to agency scientists, and it has some known risks, such as blood clots. According to the agency, continuing to approve the drug would “undermine the accelerated approval pathway,” which expedites the approval of promising drugs that address unmet medical needs, and could impede research on other treatments.

The FDA’s Center for Drug Evaluation and Research’s Office of New Drugs Director, Dr. Peter Stein, stated on Wednesday that it was in the patient’s best interests for Makena to be taken off the market.

Stein said, “Over the past few days, we heard from many clinicians and patients, and we heard them very clearly: They want an effective drug on the market and can accept some uncertainty. And if the science and the data support it, we can do the same. However, the information that is currently in front of us leaves us with a great deal of uncertainty rather than just a little.

Makena’s manufacturer, Covis Pharma, suggested starting a new trial but noted that doctors might be reluctant to refer patients for a trial of a product that had been taken off the market.

It was argued that the withdrawal of the accelerated approval “would have significant negative public health consequences for high-risk pregnant women, including Black and minority women and socially disadvantaged populations.” It was noted that the risk of preterm labor is higher for Black and other minority women.

Covis’ chief innovation officer, Raghav Chari, stated in a statement following the meeting that the company thinks “Makena is effective in a higher-risk patient population.” The business stated that Makena is still approved pending the FDA’s final judgment.

To make the following steps in this process clear, we will collaborate with the FDA, Chari said.

The FDA committee was disappointed by the larger trial’s failure to demonstrate Makena’s efficacy, and several members expressed their hope that Covis would continue with another trial.

While voting that Makena should be taken off the market, Dr. Anjali Kaimal, a professor and vice chair of the Clinical Operations Department of Obstetrics and Gynecology at Morsani College of the Medicine University of South Florida, noted that more research is required.

After revealing that she had a preterm baby and had to make choices regarding her own care, Kaimal said, “One hundred percent, there needs to be another trial. I want to believe there is a solution for preterm birth and that this might be part of what our instruments could be to try to help people. But I believe that by allowing products that haven’t been proven to work to remain on the market, we miss out on opportunities for future research.

Kaimal expressed the hope that a later study would identify which population if any would gain from taking Makena.

“It is very important to consider the most vulnerable populations we serve and to be concerned about denying them access to a treatment that could be of assistance to them, but… in the same conversation, to think that I’m going to give a very vulnerable population an ineffective treatment also just doesn’t seem like the right thing to do.”

Dr. Cassandra Henderson, a New York-based expert in maternal and fetal medicine, cast the lone vote in favor of keeping the drug on the market while it is being studied. She shared Covis’ worries that women would be hesitant to sign up for a trial and might choose to get treatment from compounding pharmacies instead.

Henderson claimed that the larger trial’s scope was too narrow, and she expressed particular concern for Black women.

We might miss the chance to demonstrate Makena’s benefits if we don’t concentrate on that target population, the woman warned.

Following the vote on Wednesday, Annie Ellis, a patient representative on the committee, referred to neonatal morbidity and inequities as “painful on so many levels” and emphasized the urgent need for treatment options.

The fact that there won’t be anything available in the United States of America in 2022 is “brutally painful,” Ellis said.

Your Guide to Choosing a Bitcoin Exchange?