Chadwick Boseman Net Worth 2022: How much did He make From Black Panther?

Chadwick Aaron Boseman was a 43-year-old American actor, playwright, and screenwriter. Chadwick Boseman’s net worth was estimated to be approximately US$ 12 million at the time of his death. He was most recognized for his portrayal of the Marvel Cinematic Universe’s ‘Black Panther’.

On August 28, 2020, Boseman broke the hearts of his fans by departing this world at such a young age following a four-year fight with Colon Cancer. Among his many notable works are ’42’, ‘Get on Up’, ‘Ma Rainey Black Bottom’, ‘Da 5 Bloods’, and ‘Marshall’.

Chadwick has received numerous accolades and nominations during his career; he won a Golden Globe Award in the category of ‘Best Actor for his 2020 film ‘Ma Rainey’s Black Bottom. However, how does all of this celebrity and popularity translate into cold, hard cash? How much is this well-known actor worth?

Therefore, let us go into Chadwick Boseman’s net worth and how this star amassed his riches.

Chadwick Boseman Net Worth: How much was Boseman worthy before death?

According to The Hollywood Reporter, Boseman got $2 million for “Black Panther.” His compensation for “Avengers: Infinity War” and “Avengers: Endgame” was almost certainly significantly greater. Although Boseman did not receive as much screen time as co-stars Chris Hemsworth and Chris Evans, those actors reportedly got $15 million for each picture, while “second-tier” co-stars such as Paul Rudd earned roughly $8 million, according to Stylecaster. 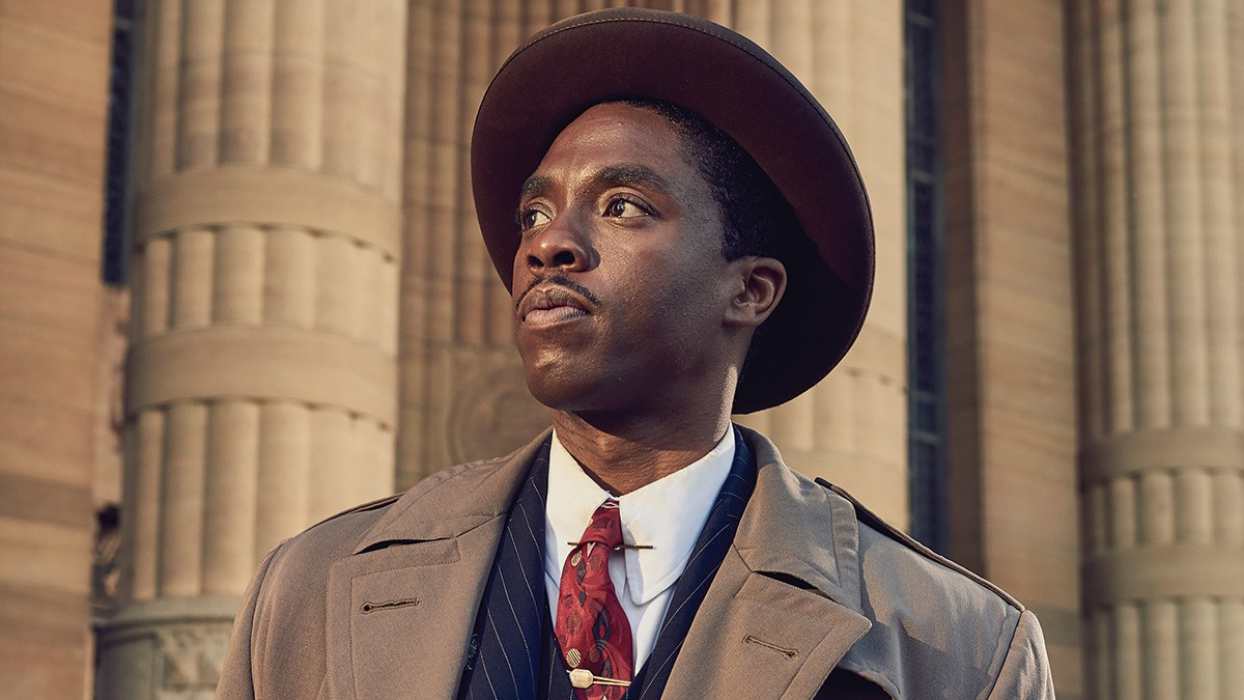 Although Boseman’s legacy will live on in the pivotal Marvel character of King T’Challa, the Black Panther, the young actor had a slew of other credits, including starring roles in “21 Bridges” and “Ma Rainey’s Black Bottom,” which earned an Academy Award nomination, as well as television shows such as “Law & Order” and “ER.”

Chadwick Aaron Boseman was born in Anderson, South Carolina on November 29, 1976. Boseman was raised in a Christian working-class home and developed an early interest in the performing arts. In his youth, he sang in a church choir. He composed a play in high school after being inspired by the death of a close friend in a shooting. He subsequently staged and performed the play at his high school.

Boseman attended Howard University after graduating from high school in 1995. Once there, he pursued his studies in the performing arts, pursuing a degree in directing. He earned a Bachelor of Fine Arts in directing in 2000. Chadwick spent one summer at the British American Drama Academy in London, England, which was affiliated with Oxford University. 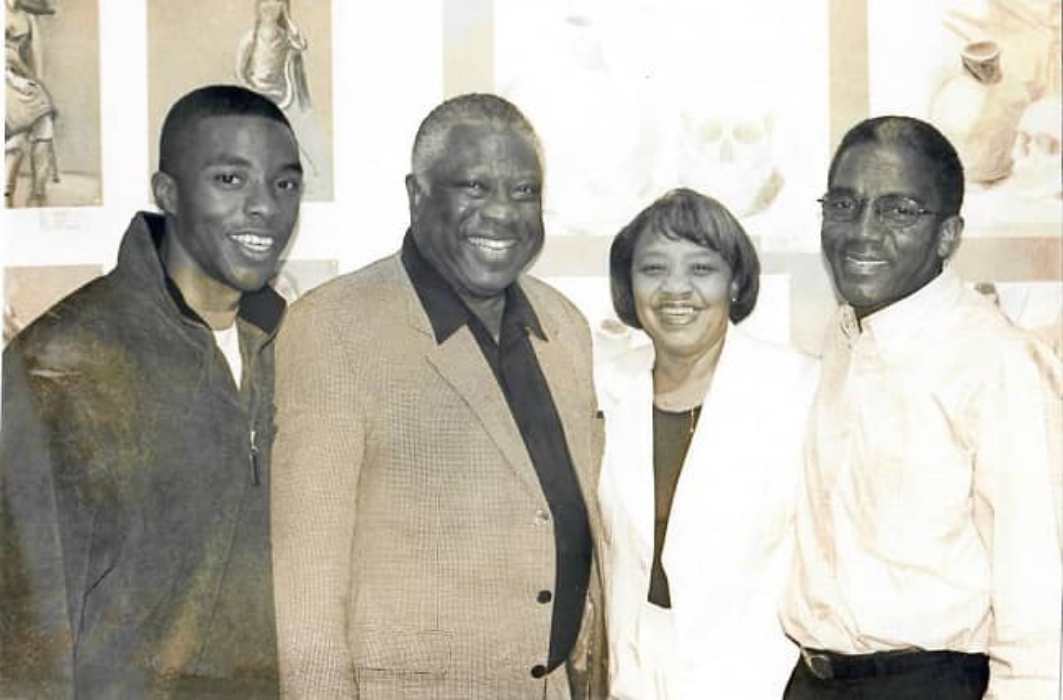 Chadwick recognized that in order to be a competent director, he needed to first learn how to act. He finally graduated from New York City’s Digital Film Academy, where he studied acting extensively. Boseman lived in Brooklyn and worked as a theatre instructor in Harlem, New York, throughout this period of his career. By 2008, he had decided to pursue a full-time acting career. This precipitated his relocation to Los Angeles.

He has appeared in Third Watch, Law & Order: Special Victims Unit, CSI: New York, and ER. Boseman made his film debut as Floyd Little in 2008’s The Express. He starred in the television series Lincoln Heights from 2008 to 2009 and in the series Person Unknown from 2010 to 2011. 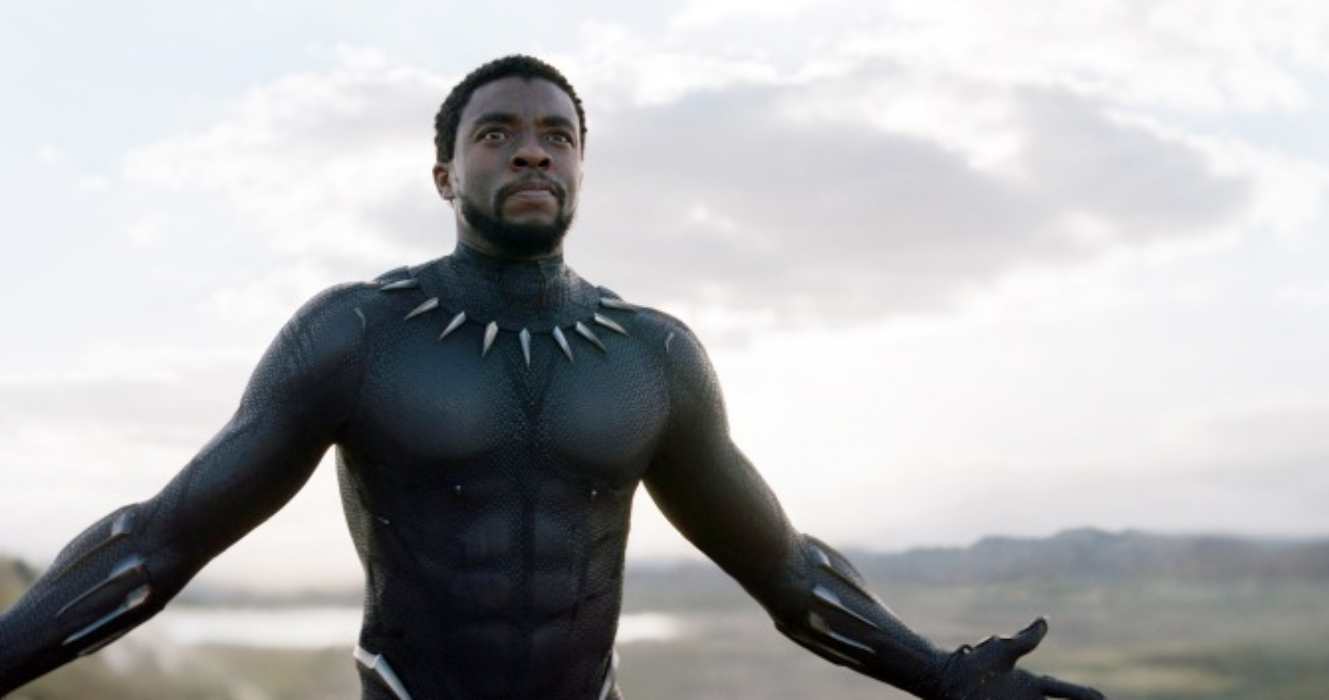 He gained notoriety for his portrayal of Jackie Robinson in the 2013 film 42 alongside Harrison Ford. He earned great acclaim for his portrayal in “Get On Up,” and then starred in “Draft Day.” Chadwick starred as T’Challa Black Panther with Chris Evans and Robert Downey Jr. in the action-adventure thriller “Captain America: Civil War” (2016).

Chadwick wrote, executive produced, edited, and directed Blood Over a Broken Pawn, a 2008 short film. Chadwick has garnered numerous major nominations and accolades, including the CinemaCon Award for Male Star Of Tomorrow, as well as Black Reel Award nominations in the categories of Outstanding Actor for his work on “Get On Up” and Outstanding Breakthrough Performance for his work on “42.”

How much did Chadwick Boseman earn as the Black Panther?

According to The Hollywood Reporter, Boseman got $2 million for Black Panther, which is significantly more than what Chris Evans and Chris Hemsworth earned for their first Marvel films but far less than what they earned at the time of the film’s debut. (According to THR, Hemsworth and Evans earned $15 million at the time for Infinity War and Endgame.)

Black Panther ultimately grossed $1.3 billion at the box office, making it one of Marvel’s most profitable films to date. Boseman then starred in the blockbuster films Infinity War and Endgame, which grossed over $2 billion each.

Boseman began dating singer Taylor Simone Ledward in 2015. According to sources, the two were engaged by October 2019 and secretly married, according to a statement released by Boseman’s family in response to his death. Boseman was christened and raised in a Christian home. According to his previous pastor, he was a member of a church choir and youth group and retained his beliefs.

He was well-versed in both the Old and New Testaments, having studied Hebrew. Boseman claimed that he prayed to be cast as the Black Panther in the Marvel Cinematic Universe prior to being cast. His widow is now an administrator of the action star’s estate and she believes that the plot costs qualified as covered expenses.

Boseman was diagnosed with stage III colon cancer in 2016, which has already progressed to stage IV by 2020. “Only a few non-family members were aware that Boseman was ill… According to The Hollywood Reporter, he “provided different degrees of information regarding the seriousness of [his] condition,” and he never discussed his cancer diagnosis publicly.

While receiving treatment that included various surgeries and chemotherapy, he continued to work and completed production on numerous films, including Marshall, Da 5 Bloods, Ma Rainey, and others. Boseman died in his Los Angeles home on August 28, 2020, accompanied by his wife and family, as a result of symptoms associated with colon cancer. At the time, he was 43 years old.

He died without leaving a will, and his estate will be administered in accordance with California law, with Ledward acting as executor. On September 4, 2020, in Anderson, South Carolina, a public memorial service was held, featuring speakers such as Boseman’s childhood pastor and Deanna Brown-Thomas, the daughter of James Brown, the character Boseman played in getting on Up.

The city announced its plan to erect a permanent art memorial during the funeral. Despite claims that Boseman was buried in the Welfare Baptist Church cemetery in neighboring Belton, South Carolina, both the funeral home and the church pastor rejected this.

We believe in providing our viewers with the most dependable content possible. Regular Visit thetecheducation.com, and to learn about other upcoming and ongoing television series, web series, manga, and animes, celebrities check out our other related articles. “Our Black Panther will always be in our heart… Wakanda Forever!!!”