Val Kilmer had to leave the new Willow remake because of health problems that were “impossible” to fix. In 2015, the actor was diagnosed with throat cancer. He had planned to come back as Madmartigan for the Disney+ show but he had to back out as a precaution because of the COVID-19 outbreak.

“As COVID took over the world, it became impossible to stop,” Jonathan Kasdan, who runs the show, told Entertainment Weekly. “We were getting ready in the spring of the most important year. Val didn’t want to come out, but he didn’t think he could.

Kilmer played a disgraced knight in the original movie, which came out in 1988. He helped sorcerer Willow Ufgood (Warwick Davis) save a baby girl named Elora Danan, who was said to be the key to bringing down the evil Queen Bavmorda.

Fans loved Kilmer’s character so much that Kasdan was determined to get the actor to be part of the new show.

“I remember going to see Val right after this thing started to pick up steam and telling him, “Listen, we’re doing this. “Everyone wants Madmartigan back,” Kasdan remembered. “But not as much as I do,” he said.

Kasdan said that Kilmer was eager to play the role again, even though he was still having health problems. “When I left, he gave me a hug. He took me in his arms and said, “See? I’m still super strong.’ And I was like, ‘Great,'” he said.

“We began making the first season with the idea that he would be in it. We didn’t realize we couldn’t get him until it was pretty late in the game, to be honest.” Even though Kilmer couldn’t be a part of the first season, Kasdan made it clear that he is welcome to come back for the second. 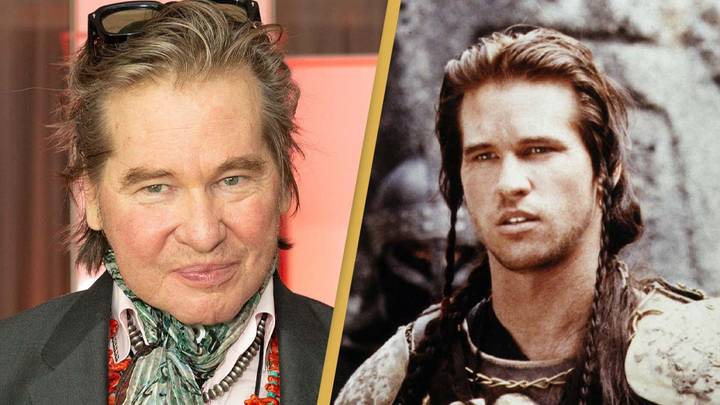 “We wanted to leave the door open for anything to happen in the future, and we also wanted to honor his spirit,” he said. “We’ve tried to do that and work with him so that he can at least be felt and heard.”

Kilmer played Iceman again in Top Gun: Maverick earlier this year, but his voice was permanently damaged by a tracheostomy, so he could only film a short scene with limited dialogue.

“I can’t talk unless you plug this hole in my throat. “You have to choose between eating and breathing,” he told People in 2021. “It’s a big problem that everyone who sees me is aware of.”