The show’s setting is in the fictional rural town of Hawkins, Indiana, during the early 1980s. The nearby Hawkins National Laboratory performs scientific research for the United States Department of Energy. However, they secretly do experiments into the paranormal and supernatural, including those that involve human test subjects. Inadvertently, they create a portal to an alternate dimension, “the Upside Down”. The influence of the Upside Down starts to affect the unknowing residents of Hawkins in calamitous ways. 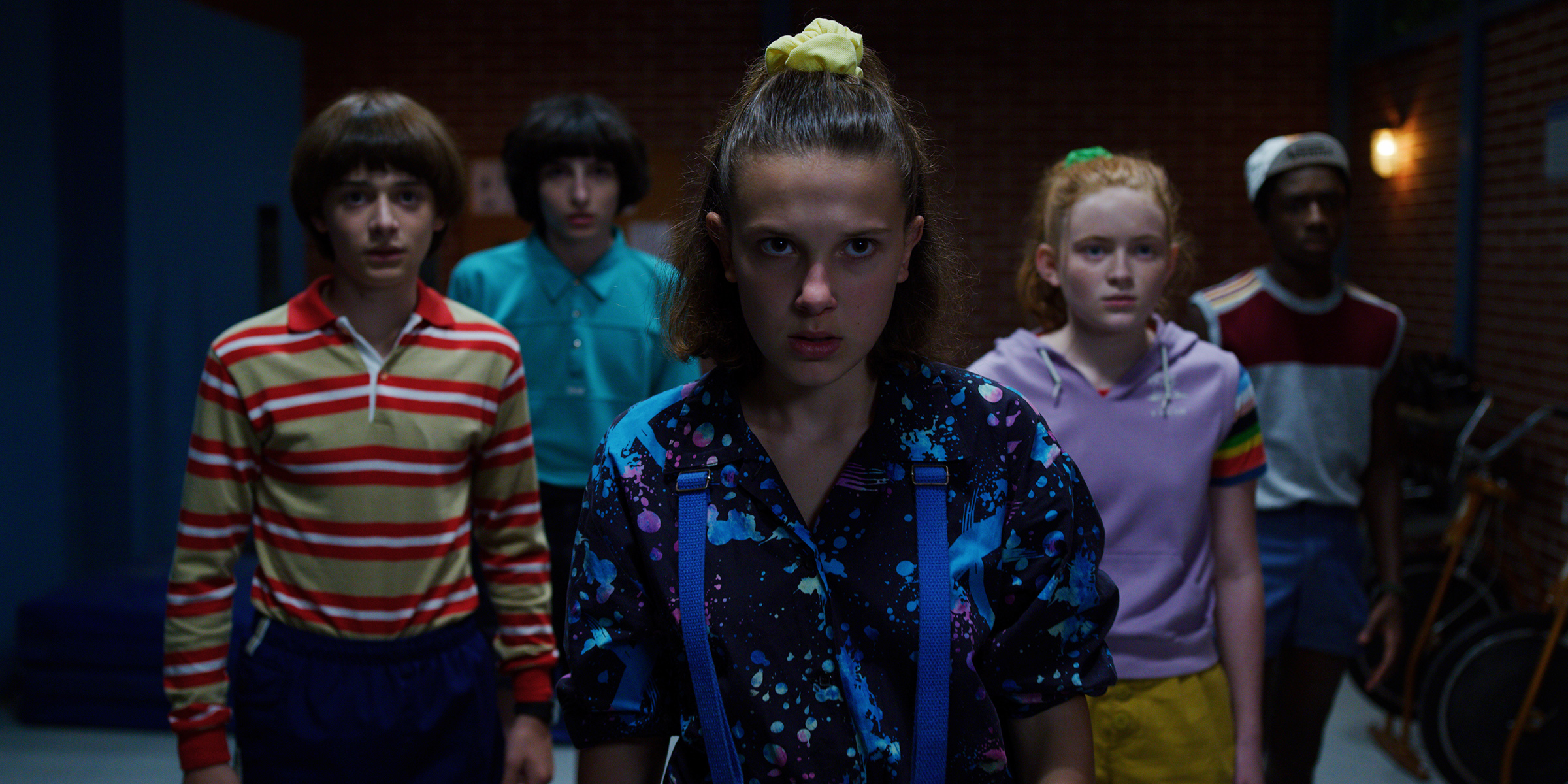 In the Stranger Things first season, the timeline in November 1983, Will Byers is abducted by a creature from the Upside Down. His mother, Joyce, and the town’s police chief, Jim Hopper, search for Will. At the same time, a young psychokinetic girl- Eleven escapes from the laboratory and assists Will’s friends, Mike, Dustin, and Lucas, in their own efforts to find Will.

Furthermore, the second season’s setting is a year later- October 1984. Will is rescued, but few know of the details of the events. However, it is soon discovered that Will is still being influenced by entities from the Upside Down. His friends and family learn there is a larger threat to their universe from the Upside Down.

The third season is several months later- the days leading up to the Fourth of July celebration in 1985. The new Starcourt Mall is the centre of attention for Hawkins’ residents, putting most other stores out of business. Moreover, Hopper becomes increasingly concerned about Eleven and Mike’s relationship while still trying to care for Joyce, However, unbeknownst to the town, a secret Soviet laboratory under Starcourt seeks to open the gateway to the Upside Down. Therefore, allowing the entities from the Upside Down to possess people in Hawkins and creating a new horror to deal with.

The series is going to return for its 4th and final season. Season 4 will see more into Hopper’s past. Moreover, David Harbour confirms that a huge reveal about Hopper’s backstory will appear in the upcoming season. It specifically seems to be about one of the marked boxes Eleven finds in Hopper’s stash midway through the second season. The boxes are each marked with- Brenner’s stuff from Hawkins Lab, Dad, Vietnam and New York. In addition, we would like to see a personal past of Hopper coming to screen like about his daughter.

As well as, how he dies in the season 3 finale and how he lands in Russia. And, then his inevitable return to Hawkins. One of the most popular theories circulating on the internet is that Jim Hopper in Russia is actually a clone. Fans were quite shocked to see that Hopper is still alive at the end of Season 3. Fans are pointing to many different hints and actions in the past three seasons that could mean someone cloned Hopper. Some are suggesting the Mind Flayer created this clone. This would certainly be an exciting way of bringing Hopper back.

As of now, no official release date for the season is out yet. The creators were planning to wrap up filming by August 5, 2020, but Coronavirus has thrown a wrench into these plans. There has been no filming since March 2020. Now the creators have officially confirmed that Season 4 will not come before 2021 but they are not setting a release date yet. So fans will have to wait for 2020 to end before they can see the new season.