Riverdale is an American mystery teen drama series. It is based on the characters of Archie Comics. Robert Aguirre-Sacasa is its creator for CW. Warner Bros. Television and CBS Television Studios as it’s production companies. Along with Berlanti Productions and Archie Comics. Furthermore, J. B. Moranville as its producer. The series stars KJ Apa, Lili Reinhart, Camila Mendes, Cole Sprouse, Marisol Nichols, Madelaine Petsch, Ashleigh Murray, Madchen Amick, Luke Perry, Mark Consuelos, Casey Cott, Skeet Ulrich, Charles Melton, and Vanessa Morgan. Moreover, the plot’s narration is by Cole Sprouse. The series started airing from 26 January 2017. In addition, the show has 4 seasons with 74 episodes to date. Also, the show is getting a 5th season.

The show follows the lives of  Archie Andrews and his friends Elizabeth “Betty” Cooper, Forsythe “Jughead” Jones-III, and Veronica Lodge in the town of Riverdale. From the outside, the town seems sweet and peaceful. However, all hell breaks loose when Jason Blossom is found dead on the banks of the Sweetwater River. The town experiences all sorts of crime and chaos while the teens are stuck in its turmoil trying to live normally. The show’s filming is in Vancouver, British Columbia. In addition, the show has 2 spin-offs- Chilling Adventures of Sabrina and Katy Keene. 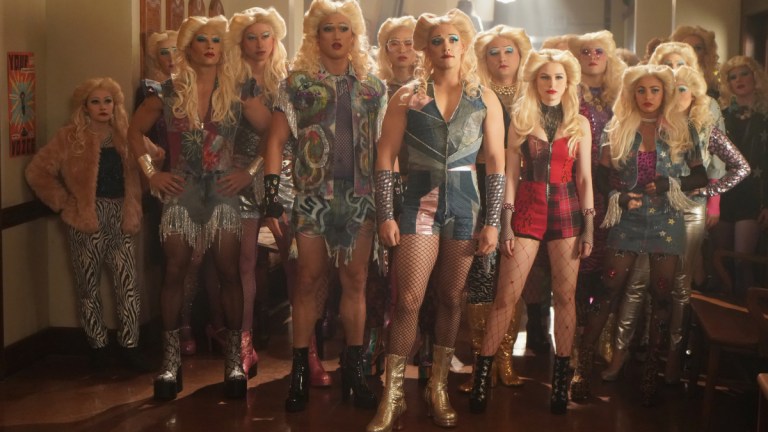 Riverdale’s season 4 is going on and airing on Netflix and other platforms. Season 4 is more chaotic and dark. It begins with Jughead’s disappearance and the events that lead to it. This season also saw new faces like the students from Stonewall Prep like Bret and Donna. Then, there was Mr Chipping. We also saw the arrival of the new principal of Riverdale High- Mr Honey. Furthermore, miscreants like Dodger also surfaced, and even Jughead and Betty’s half-brother Charles and we met Jughead’s grandfather for the 1st time as well!

We also saw old faces come back like Chic, Edgar and Evelyn. This season is testing the core-four more than ever. While everyone fears Jughead’s death, fans are hoping that’s not going to happen. The show is recently back from its breaks and airing the rest of the season’s episodes. Last was the musical episode with an exceptional performance by Casey Cott! the season has a few more episodes left and its finale is expected to air on 13th May but we’re not sure. The series will air with its 4th season on Netflix US later. It’s delayed due to Coronavirus.

Jurassic World 3: Release Date And Exciting Leaks For The Movie