Is Pete Davidson And Kim Kardashian Split? What Is The Reason For Their Breakup?

When people on the internet heard that Kim Kardashian and Pete Davidson had broken up, they couldn’t believe it. Many people wondered why the two people who seemed to love each other so much broke up.

Kim, 41 and Pete, 28 broke up in August after dating for nine months. They were first seen together in October 2021 but didn’t make it official until August.

After a whirlwind romance, during which Pete made a small appearance on The Kardashians and Kim’s ex-boyfriend Kanye West made fun of them a lot on social media, they broke up.

Why Did Pete Davidson And Kim Kardashian Split? 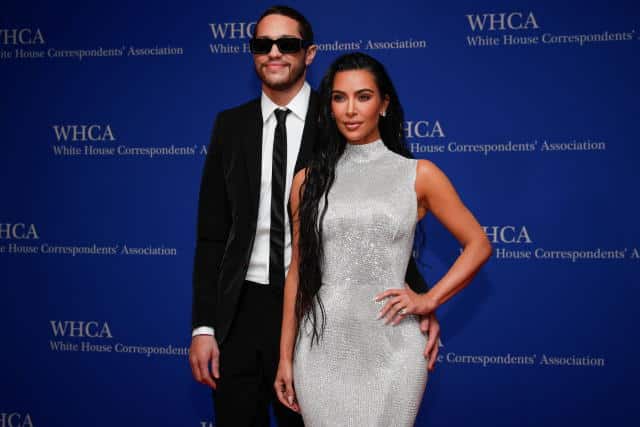 A source told Page Six that Pete and Kim “decided to just be friends” after having trouble with their busy schedules and the distance between them.

The Saturday Night Live actor was making a movie in Australia when they broke up, while the SKIMS owner stayed in California. Sources say that since the breakup, she has been focusing on her kids and her business.

A source told Entertainment Tonight that their busy schedules were a factor in the breakup and that “the spark” between them had “faded.”

Even though they broke up, Kim still thinks Pete is “so sweet,” but she didn’t feel ready for a serious relationship with him, the magazine says.

The insider said more about the relationship: “They had and still have a lot of chemistry, but she kind of wants to be single and date.

“Kim still loves Pete and will always be friends with him,” they said. “She still thinks he’s the nicest and sweetest guy in the world, and there’s no drama or weirdness between them now.”

It’s not surprising that the star of “The Kardashians” is very busy, what with her four kids and her many businesses and partnerships. This makes it hard to make things work with Pete when they live in different places.

At the moment, the mogul is running her KKW Beauty, SKIMS, and SKKN businesses, as well as filming the reality TV show about her family, for which she is also the executive producer. Pete is also busy making the movie Wizards! with Orland Bloom, which will come out in 2023.

Kim filed for divorce from her estranged husband Kanye West in March of last year, and she started dating Pete just six months later. A source says that the star isn’t ready to get serious again.

“She thought Pete was very different from Kanye, which was good for her… She thought it would be a fun fling at first, but when they spent so much time together, it became more serious “ET, they said.

“Kim didn’t feel like she was ready to get married to him yet.”

The two became friends when they met while Kardashian was hosting SNL last October. They started dating quickly and started making public appearances soon after. In May, they even went to the MET Gala together.

Both parties haven’t said anything official about the breakup yet.