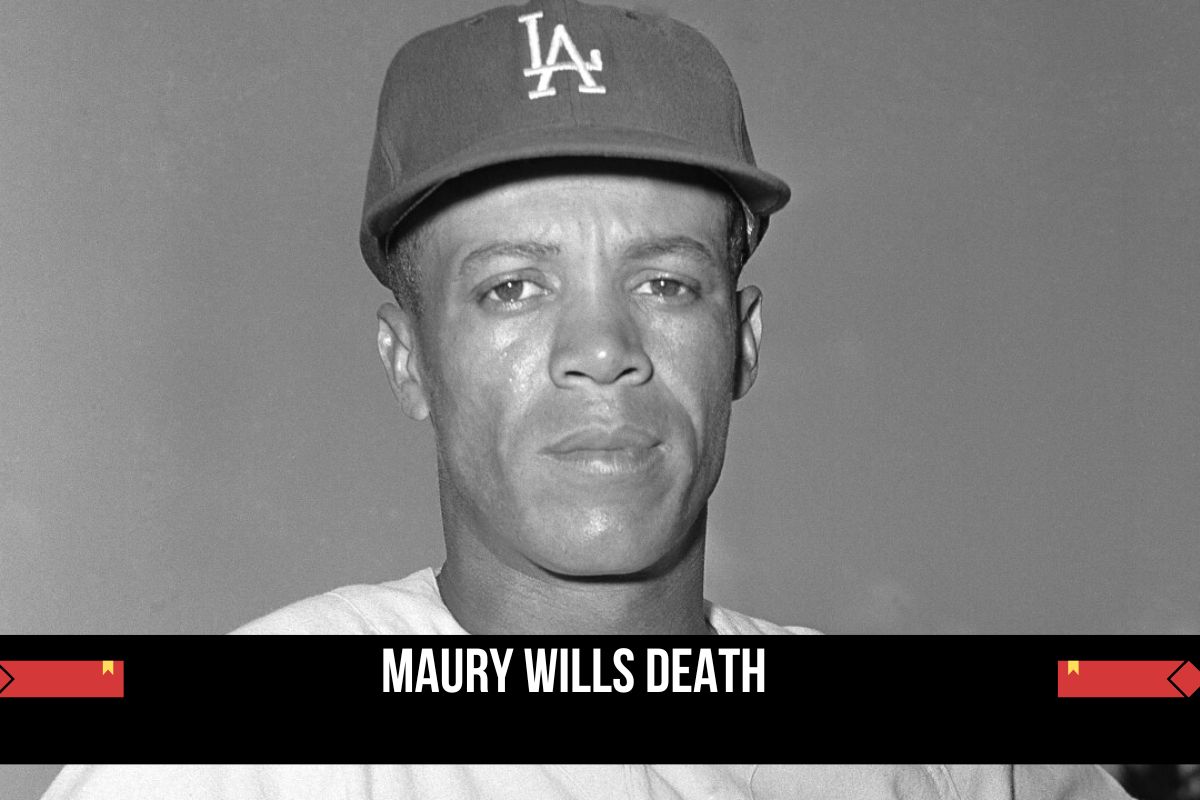 Maury Wills, the star shortstop for the Los Angeles Dodgers who revitalized the art of base-stealing in the 1960s and became one of the most exciting players of his era, passed away at his home in Sedona, Arizona, on Monday night. He was 89.

The Dodgers announced his passing.

Fans of the Los Angeles Dodgers chanted “Go, go, go!” as the slender Wills rounded first base. He was soon off and running, stealing second and sometimes third base moments later, enabling the typically weak-hitting Dodgers to scrape together enough runs to win.

Wills had spent over eight minor league seasons prior to joining the Dodgers in early June 1959. However, he assumed the position of shortstop and helped the team win four pennants and three World Series titles.

In 1962, Wills stole 104 bases in the major leagues, breaking the record of 96 set by Ty Cobb in 1915 and transforming baseball from the power game that had dominated since Babe Ruth’s heyday. He paved the way for Lou Brock of the St. Louis Cardinals, who stole 118 bases in 1974, and Rickey Henderson of the Oakland Athletics, who broke the record in 1982 with 130 steals.

Wills was hired by the Seattle Mariners in August 1980, making him the third African-American manager in the history of the major leagues, following Frank Robinson of the Cleveland Indians and Larry Doby of the Chicago White Sox. However, Wills’ managerial tenure was brief and fruitless. He later developed a cocaine addiction.

Wills was an expert at getting a quick jump off the bag and sliding under or around a tag during his base-stealing prime. He took long leads and meticulously studied pitchers’ habits. It was primarily a mental battle for Wills.

In September 1962, he told The New York Times, “Stealing is a matter of confidence, even conceit.” “It takes more than a good start, a large lead, to win. It is having the proper frame of mind. I run with the belief that even if the pitcher and catcher throw perfectly, I will still defeat them. “I have no doubts.”

Wills, who stood 5 feet 10 inches tall and weighed 165 pounds, was a popular figure among Dodger fans in Los Angeles during the team’s first decade in the city after relocating from Brooklyn.

In early September 1962, while covering the race for California governor between incumbent Edmund G. Brown and Richard M. Nixon, the Washington columnist James Reston of The Times wrote, “Neither Brown nor Nixon would have a chance if Maury Wills ran after the season.”

Maurice Morning Wills was born in the Anacostia neighborhood of Washington, D.C., on October 2, 1932, as one of Guy and Mable Wills’ 13 children. His father was both a minister and a machine operator at the Washington Navy Yard. His mother held the position of the elevator operator.

Wills played quarterback on offense, safety on defense, and kicker on special teams at Washington’s Cardozo High School. He also excelled as a pitcher in baseball, earning all-city honors in both sports. After joining the Dodgers organization in 1951, he was converted to an infielder.

In his rookie year with the Dodgers, the team won the World Series by defeating the Chicago White Sox, whose Luis Aparicio was also an exceptional base-stealer. Wills stole 50 bases in his first full season, 1960, and went on to win the National League’s base-stealing title every year from 1961 to 1965.

In 1962, he was named the league’s most valuable player. He was a member of World Series-winning Dodger teams in 1963 and 1965, and a pennant-winning team in 1966, with Sandy Koufax and Don Drysdale providing the pitching power.

Wills was dealt to the Pittsburgh Pirates at the conclusion of the 1966 season. Later, he played for the Montreal Expos before being traded back to the Dodgers in June 1969, where he finished his career in 1972.

He had a career batting average of.281 with 2,134 hits, only 20 of which were home runs, ranking him twentieth on the all-time major league list for stolen bases. He was a five-time All-Star and the 1961 and 1962 Gold Glove Award winner for fielding. He was on the ballot for the Hall of Fame for 15 seasons but was never inducted.
During the 1970s, Wills was a baseball analyst for NBC-“Game TV’s of the Week.”

On April 25, 1981, he was suspended for two games after being caught illegally ordering the groundskeeper to extend the batter’s box by one foot toward the pitcher’s rubber in preparation for a game against the Oakland Athletics. The manager of the A’s, Billy Martin, believed that Wills was attempting to give Mariner hitters a better chance of connecting with his starting pitcher, Rick Langford before his deliveries broke.

Wills was terminated on May 6th. As the Mariners’ manager, he had a record of 26-56. In his autobiography, “On the Run: The Never Dull and Often Shocking Life of Maury Wills” (1992), written with Mike Celizic, he acknowledged that he had struggled with cocaine addiction, but that he had overcome it by the late 1980s. He later served as a baserunning instructor for the Dodgers and other teams.

According to his memoir, Wills had six children from his first marriage to Gertrude (Elliott) Wills, whom he married in high school. This marriage, as well as his second marriage to Angela George, ended in divorce.

Carla, his third wife, two sons, Barry and Bump, four daughters, Mauricia Wills, Anita Wills, Wendi Wills, and Susan Wills-Quam, seven grandchildren, and eight great-grandchildren survive him. Several of his siblings survive him as well. Bump Wills was an infielder for the Texas Rangers and Chicago Cubs from the late 1970s to the early 1980s.

Even though his Dodgers were typically victorious, Wills did not need to check the scoreboard to know when he had lost. In 1965, he told Sports Illustrated, “I can tell when I’ve had a bad day simply by looking down at my uniform.” If it’s not dirty, I haven’t scored two runs and I haven’t done my job.

Norman Lear Net Worth 2022, Does Norman Lear Have Kids? All About The Tv Legend’s Six Kids